Well, it is not every day I get to sit on a panel within the US Congress grilling social media giants such as Meta (Facebook), Twitter, YouTube and others.  Nor gather with MPs and Senators from over 30 nations to discuss mutual concerns around foreign interference, defence, and intelligence.

Having retuned from Washington DC a few days ago, I wanted to quickly write and share some of the highlights of two conferences I attended there.  While in the US capital, both conferences impact New Zealand directly and certainly are topics that Tamaki locals raise with me. 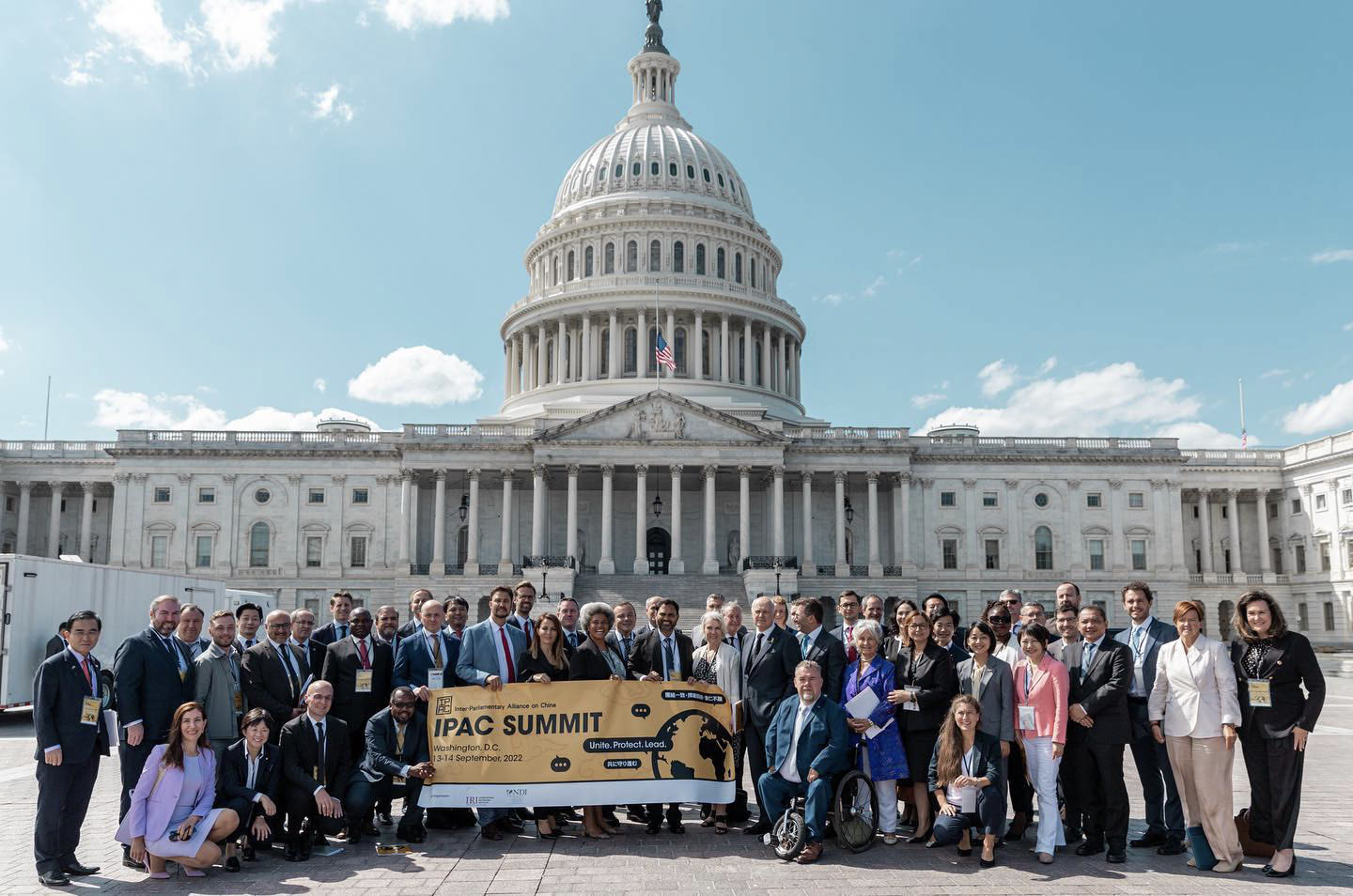 The first conference was of the Interparliamentary Alliance on China (IPAC).  Those who have been following my work and advocacy over recent years will know my concerns around the expanding influence of the Chinese Communist Party - both here in New Zealand and abroad.  I sat down with likes of United States Senators Marco Rubio, Jeff Merkley, and Bob Menendez (the Chair of the US Senate’s Foreign Affairs Committee) to discuss how we could cooperate better.  I think it is fair to say the Americans have a very clear and direct view on what is happening, and very much in contrast with statements coming out of New Zealand.

The IPAC conference saw colleagues attending from over 30 nations - from Australia to Fiji, Uganda to South Africa, Ukraine to Lithuania, and everywhere in between.  A particular highlight for was meeting Baroness Kennedy and Lord Alton from the United Kingdom.  Those who follow human rights efforts will know their enormous contributions.  I was also delighted to catch up with my friends Andrew Hastie and Senator James Paterson from Australia who are leading efforts around data privacy and sovereignty. 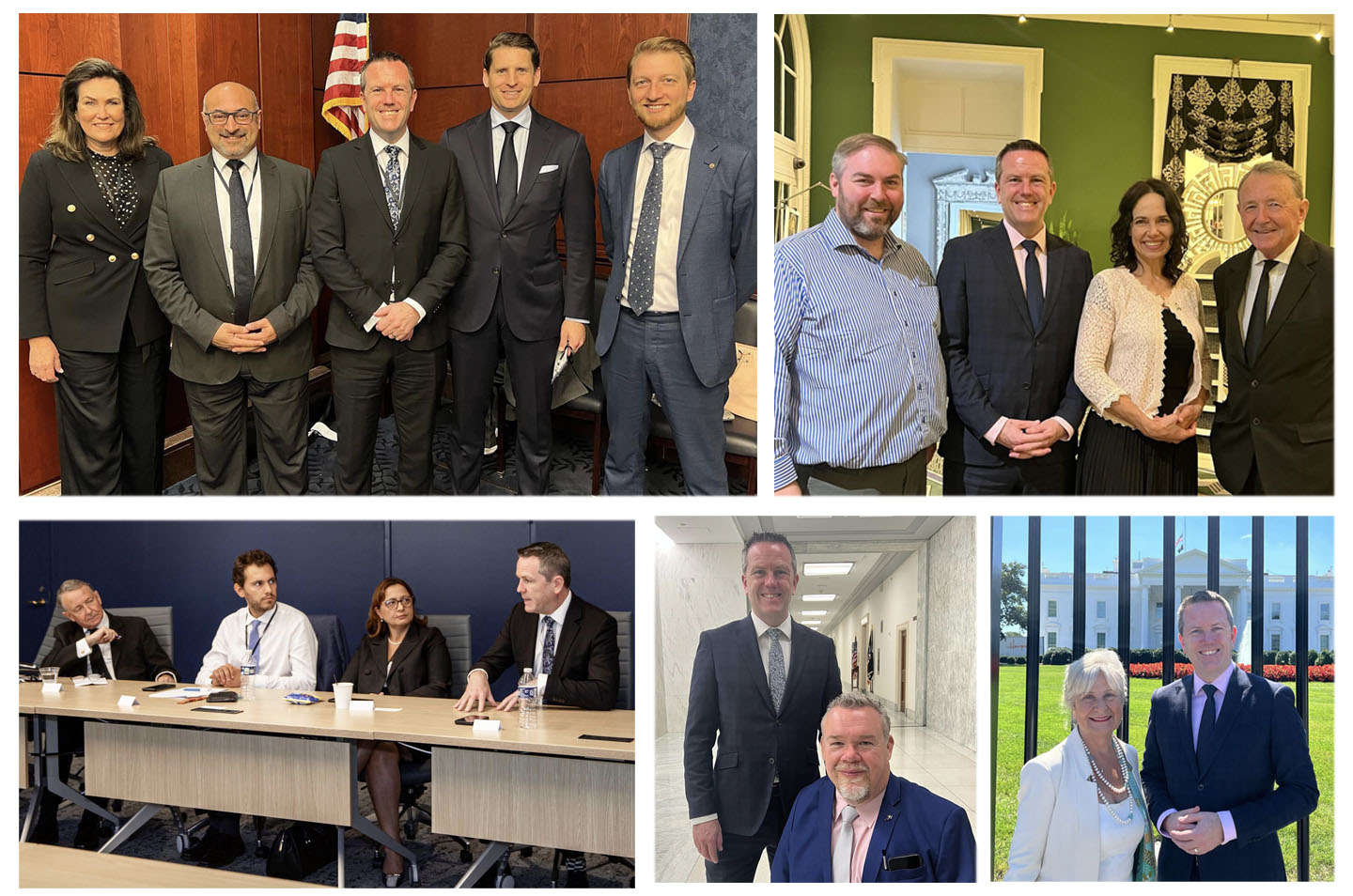 While I am not able to be more specific, I will say I had a range of meetings with various government officials on intelligence, defence, and foreign interference - it was incredibly enlightening and helpful as I return to my work here in Tamaki and the parliament.

Two specific areas of interest to me, and one I lead the IPAC group discussion in, was around Magnitsky laws and modern slavery legislation.  Unlike most of our allies, New Zealand still does not have an ability to target sanctions on individuals with terrible human rights abuses.  To be honest, I think it is an embarrassment to New Zealand that we don’t yet have such legislation and is something I will continue pursuing when we are in government next year.  The other is modern slavery legislation.  As you may know, I have a bill in the ballot on this very subject – asking large companies to confirm their supply chains and ensure slave labour is not being used.  Again, it is incredible to think that New Zealand does not have such legislation when just about every other country we deal with does.

A PANEL IN THE US CONGRESS

I also had the opportunity to sit on a panel in the US Congress (think the equivalent of our select committees here in New Zealand) to discuss the ongoing issue of antisemitism online.

Alongside Democrat and Republican House Representatives; Canadian, Australian and South African MPs, I was part of a panel questioning executives from Meta (Facebook), Twitter, YouTube and TikTok.  It was an incredible experience – not only to be on a panel in Congress but also to have such senior executives fronting (something we never get here in New Zealand due to our distance). 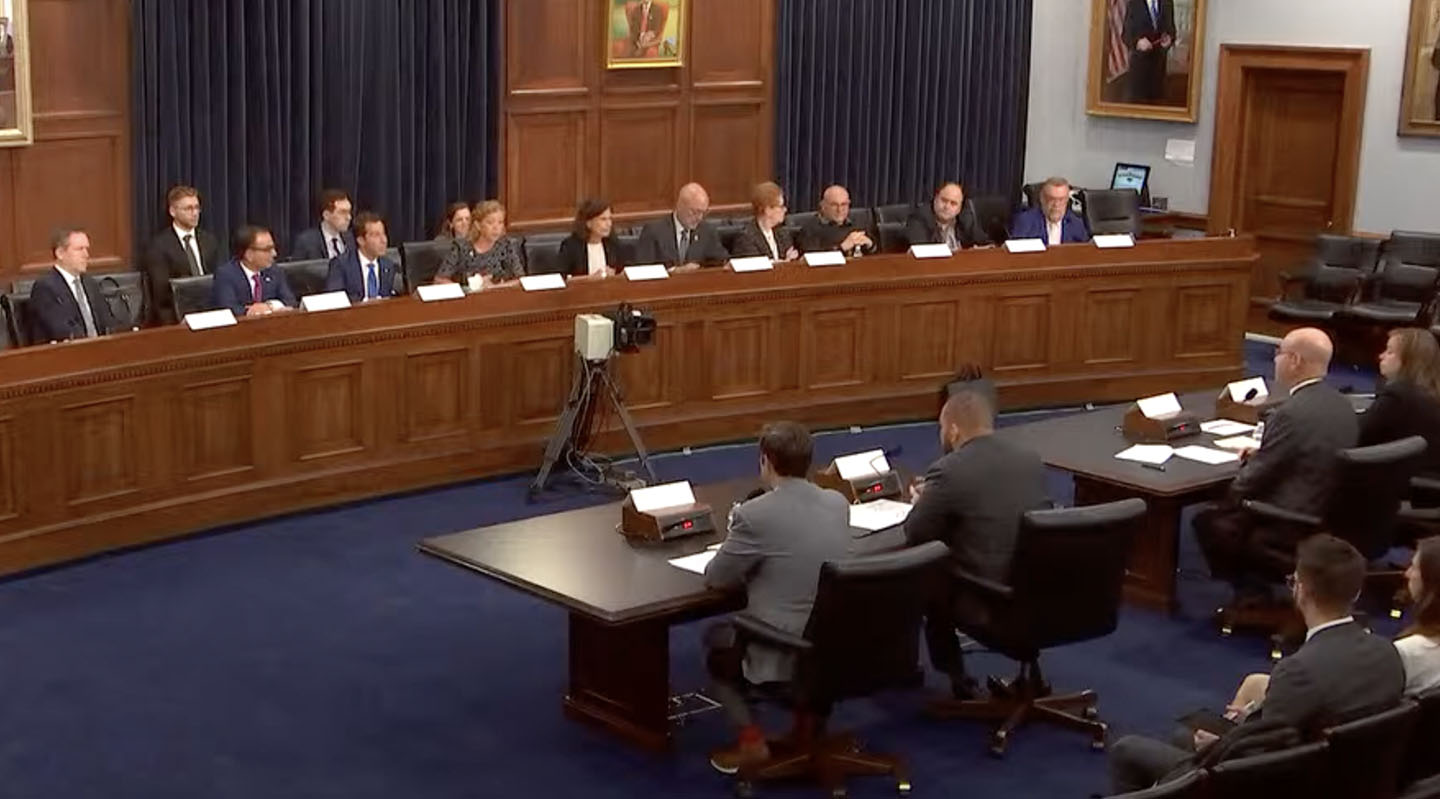 We do have an issue with rising antisemitism online, sadly including here in New Zealand.  I am not the first to say this, but such antisemitism is the “canary in the coalmine” when it comes to growing intolerance and bigotry in society.

That the language, images, and tropes used to further antisemitism are so clear means that the likes of social media companies should be able to clearly define and confront.  That they don’t is a major concern to me and all those on the panel.  As I challenged the social media companies, they say they are doing enough and yet we still see so much abusive antisemitism, including from political leaders here and overseas, that clearly more needs to be done particularly around algorithms.   I mention this, as there are always free speech considerations but – and importantly – the social media companies algorithms often push such content, recommending more and more of the same, if not worse, content to people. 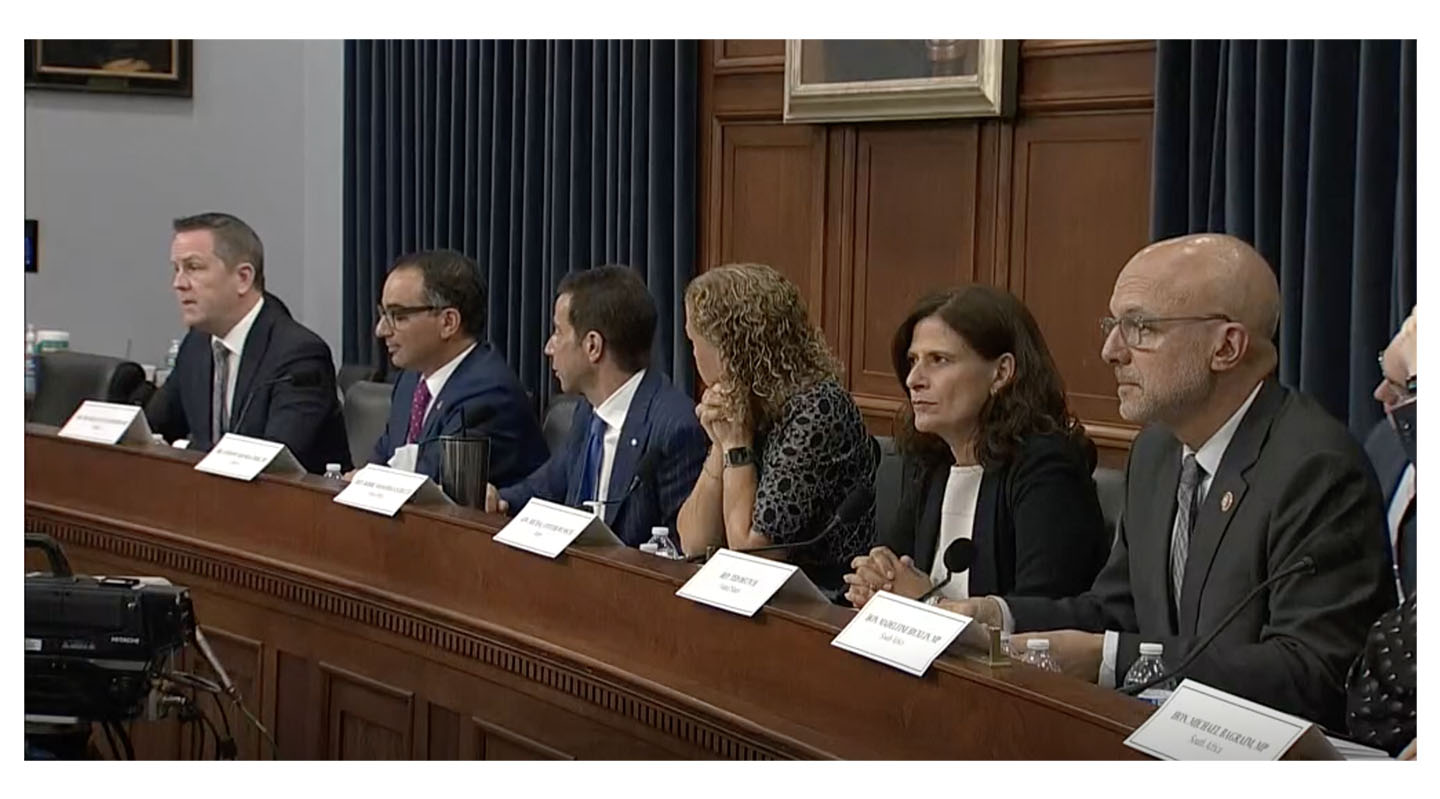 A further highlight was catching up with my friend, the Canadian former MP, Michael Levitt.  He and I were both Chairs of Foreign Affairs in the last parliament and worked closely together when Communist China crushed the last vestiges of democracy in Hong Kong.  In fact, together and with our Australian and United Kingdom colleagues, we spoke as one voice as Chairs of Foreign Affairs – something not done before or since.  We didn’t realise we were on the panel together to a real delight to meet in person after all these years! 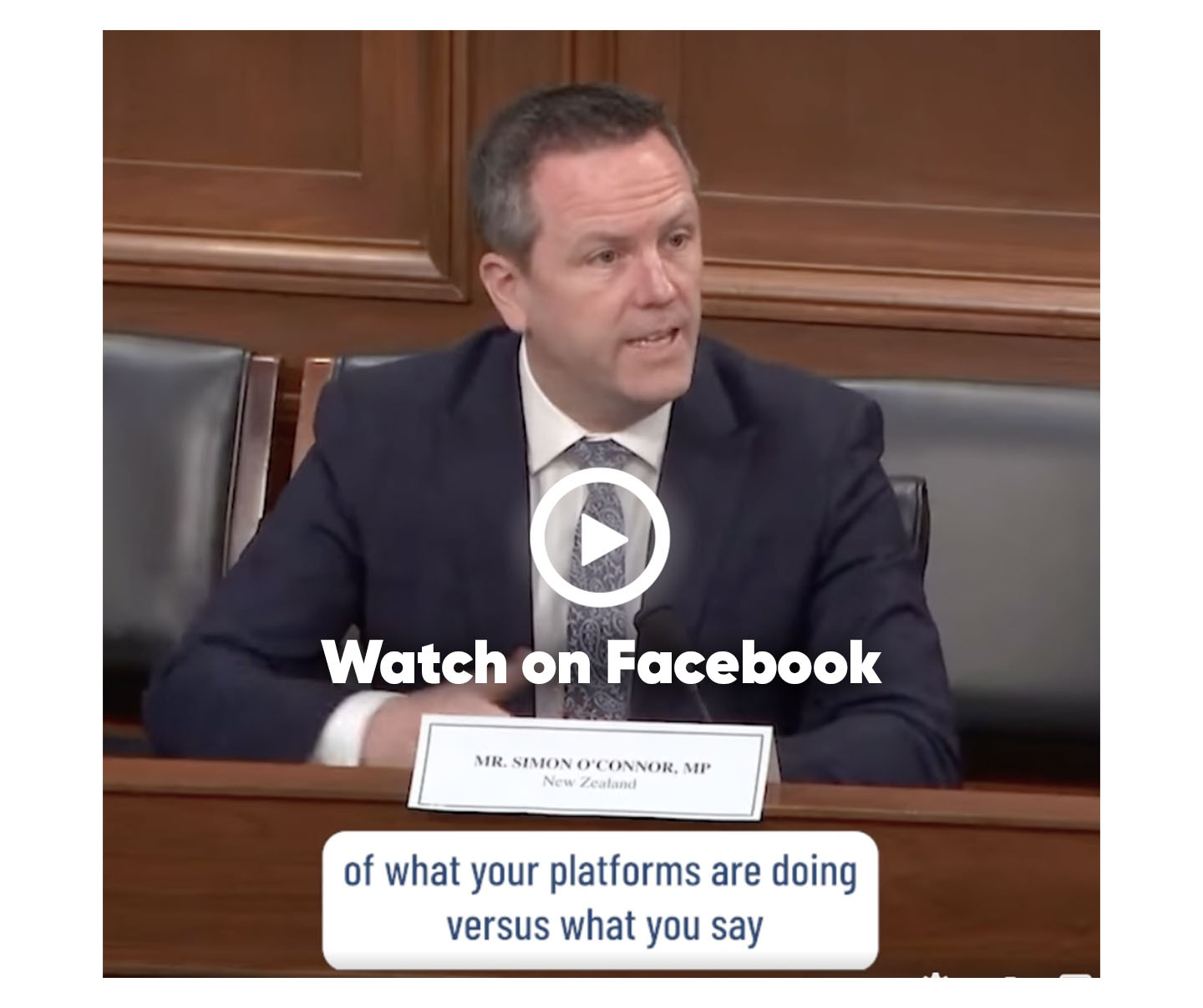 With the wonders of modern technology, I remain well connected to the wide range of locals needing assistance.  Immigration issues remain a major headache and I am doing what I can to assist individuals and their families, but also relay the wider policy problems back to government. 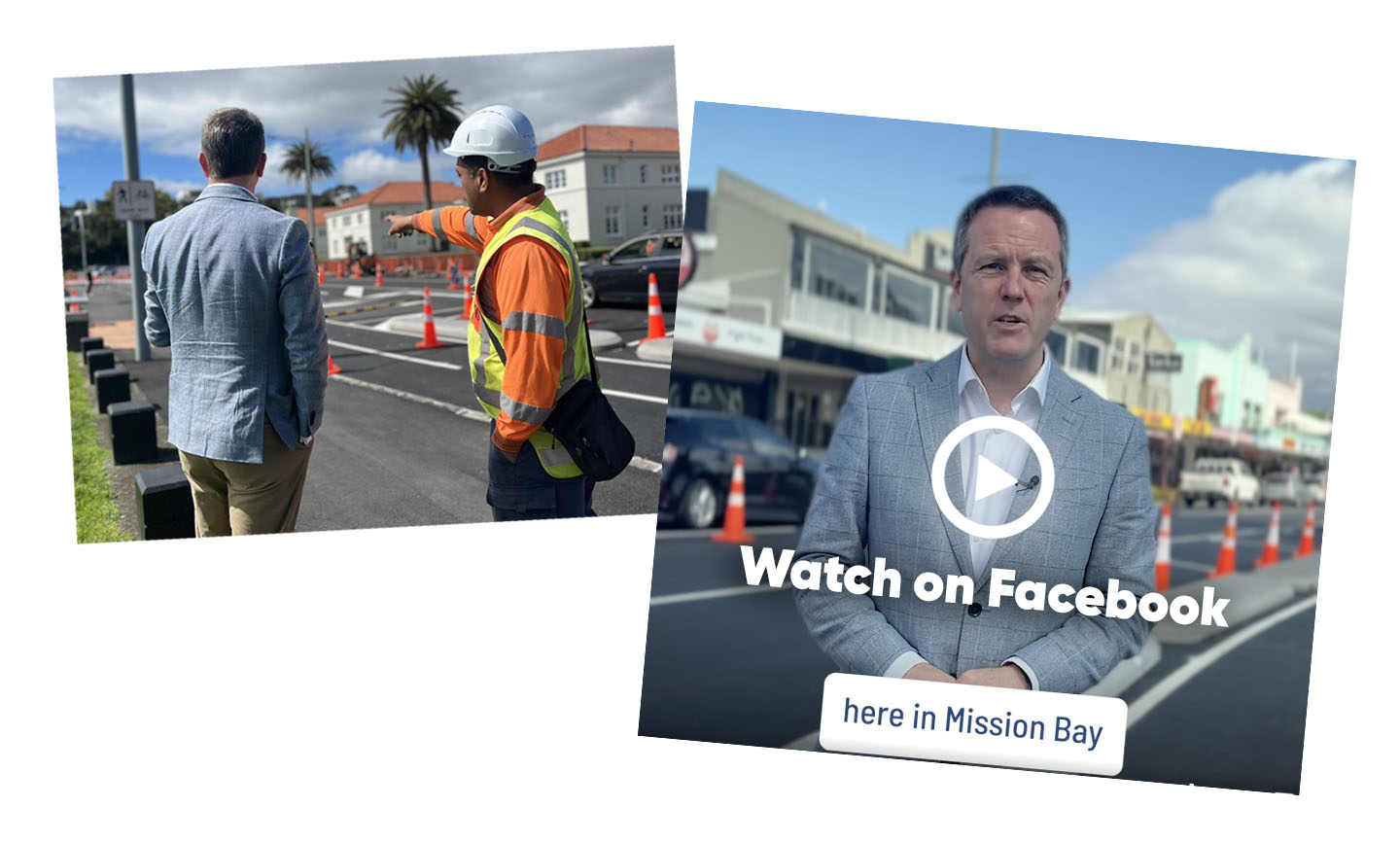 The new roading layout in Mission Bay is also proving to be a major headache for locals and a concern for many.  From narrower lanes to lights short phasing, the biggest worry (and I have seen it myself) is that car parks are now moved away from the side walk to make room for a cycle lane. This means motorists are either opening doors into traffic or into the cycle lane.  I have visited myself and talked to workers on the ground, and consequently raised these with our local council representatives.   They are very much aware of these issues and actively engaging Auckland Transport.

Did you know Grant Robertson and Labour are proposing a new tax on your income?  I bet many of you didn’t.  Check out https://www.national.org.nz/stopthejobstax for more information on the tax and how you can help us stop it.

My latest podcast is out; I interview Peter Williams the former TV and radio broadcaster.  We discuss everything from freedoms to Three Waters, media to democracy.  Check it out here