Last week I congratulated local Tamaki resident Margaret Wilson for receiving an MNZM in the Queen’s Birthday Honour’s list.  Continuing with this series, I am delighted to congratulate David Gapes ONZM in this newsletter.  His services to broadcasting over the past 50 years have made him a legend in the industry.  He is probably best known as the founder of Radio Hauraki.  I’m sure he, his family, and colleagues are all delighted by the award.

Well, we knew it was a botched budget from the get go but the fallout continues.

Let me take you step by step through my thoughts from just after the announcement to weeks later in this ‘budget and social housing special’ newsletter.  As I mentioned last week, I found the budget to be underwhelming, a “fizzer” quite frankly.  Here is a video of my initial thoughts. 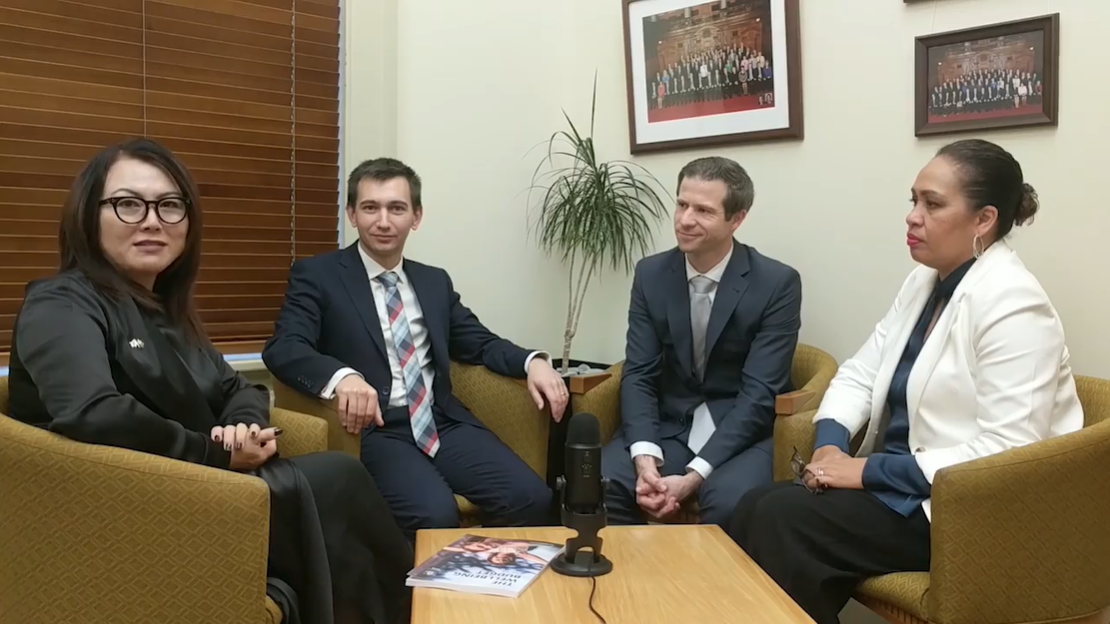 In the days that followed, I put out in a press release highlighting that, despite supposedly building lots more homes, the government was still planning to substantially increase its spend on Emergency Housing Special Needs Grants.  I wrote this because I thought it was important for people to realise how badly this government is failing the vulnerable across the country.  These grants are for those desperate and waiting for a state house.  In themselves, these grants are important but it is hard to reconcile a government saying it will fix the problem yet budget hundreds of millions of extra dollars for these grants, admitting therefore that things will get worse!

This government has solution to the burgeoning state housing waiting list or the skyrocketing number of people needing emergency housing.  I’m sure the government would like to blame all of this on the previous National Government, but they have now spent almost three times as much money this year on Emergency Housing Special Needs Grants as they anticipated in their last budget.  For the years going forward, they expect to spend over $118 million a year – when last year, it was budgeted at just $25 million.  It is pretty clear they have no idea what they are doing and yet they have the gall to call this budget a “well-being budget”.

This sad story came out which highlighted the dire needs in social housing, and which saw John Campbell banned from visiting the campground.  Unfortunately, living like this is a reality for too many in New Zealand, including children. We must and can do better. I am not going to pretend that fixing housing issues like this is easy. This has been my ongoing challenge to Minister Twyford and the current government who, I think, underestimated both the level of need and the complexity of fixing these problems. It is why I have continued to challenge the new government about their promises to quickly 'fix things' or 'not have anyone sleeping in cars', because they haven't.

I do not question their intentions to help those in need, but I do challenge their rhetoric, which continues to gloss over just how enormous a task this is. Put simply, no government can fix a problem it underestimates or chooses to portray as easily solved. I also question where the government has prioritised funding. It has continued to fund the failed KiwiBuild scheme, while our community housing sector has been crying out for support to help those in need...including those in this caravan park.  Sadly, things appear to be getting worse and I suspect will continue to do so until the government admits that this problem is something too big for them alone to fix. 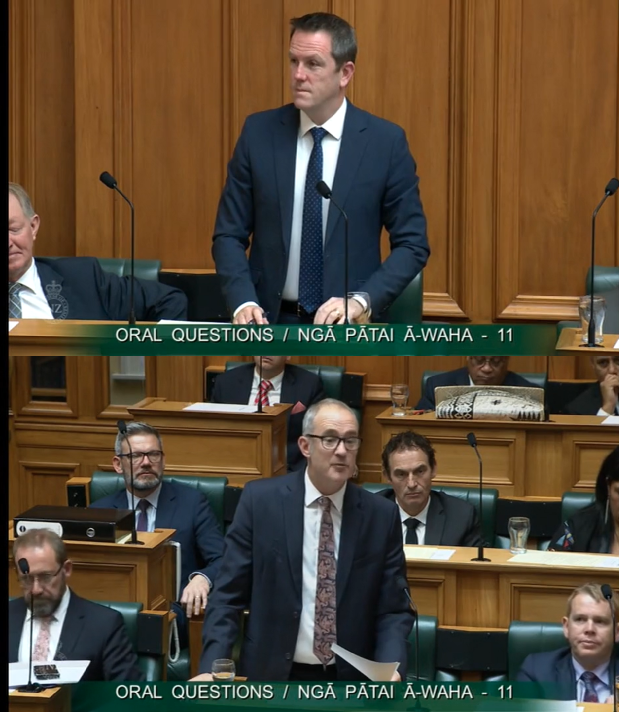 I recently asked Minister Twyford about standards for caravans and parks such as those covered in the TVNZ story.  He said there were none.  I encourage the government to change this as a matter of urgency.

You may notice in the TVNZ story that Phil Twyford states that Labour has invested $193 million into Housing First, when asked what they are doing to solve this problem.  However, it turns out this is an expansion of a policy National started.  While it is flattering that Labour is admitting our programme was a good one, it’s a shame they haven’t acknowledged how much their own policies are hurting other people.

Unable to make their own policies work, they are resorting to some terrible fudging.  For example, the government is merging Housing New Zealand, the KiwiBuild Unit, and Hobsonville Land Company (HLC) into one new entity – Kainga Ora. This is an expensive and cosmetic move, motivated it seems to absorb the success of the HLC and cover the failure of KiwiBuild in particular.  That is some very expensive smoke and mirrors!

But perhaps the most unbelievable aspect is the lack of funding to social housing developers, who are stopping building because of the funding vacuum. I see an important role for the community housing sector in addressing the issues we face and believe it is incredibly short-sighted and arrogant for the government to reduce funding, believing they can solve this issue alone - which they’re proving they can’t. I have been fortunate to spend many an hour with various providers and look forward to further engagement as the year goes on.

You may have seen me in the media recently, speaking in support of families in Glen Innes who feel they may be forced out due to a new housing redevelopment in the area.  Those who wish to stay in the area should surely be allowed to do so, and I was keen to engage along with others and to assist them if needed.

While I was not able to meet the public meeting with Mayor Goff due to being in parliament, I am very pleased that our local voices have been heard and the proposed roading changes to Mission Bay and St Heliers are off the table.  My thanks to everyone who has worked to achieve this result.

Finally, I’d like to thank those who attended the public meeting at St Chad’s on Monday June 17, “Can we afford budget 2019?”  I was pleased to host my colleague Alastair Scott MP, one of National's Associate Finance spokespeople, who discussed the implications of the budget.  Some of the major points to note is that our GDP growth is now just over 2% whereas it was over 4% when we left government.  Also, we were creating around 10,000 new jobs a month but due to a lack of business confidence engendered by this government, we are now losing 4000 jobs a month.  Hidden behind all the hype, the budget documents show an economy going backwards. 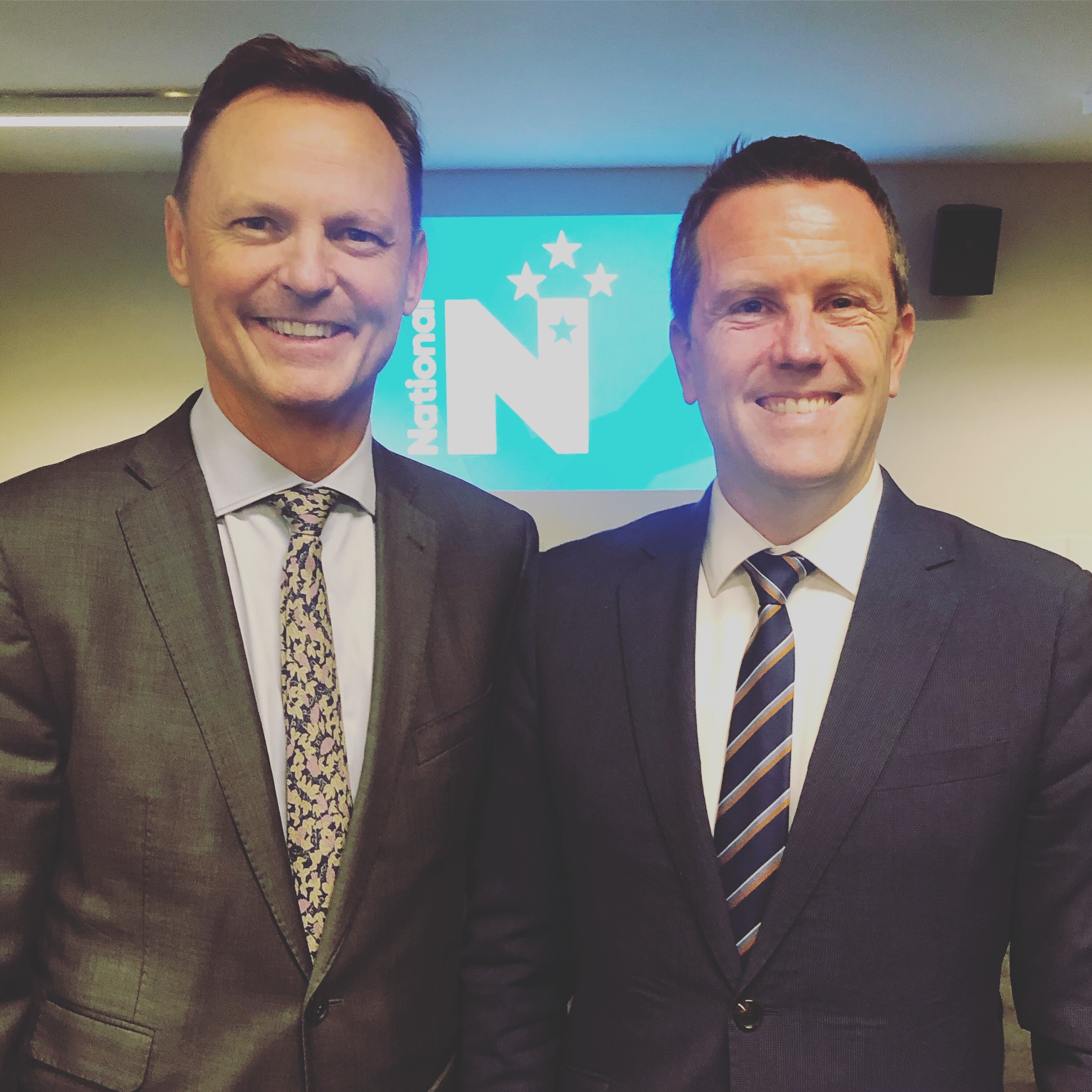