I trust this email finds you all well, or as well as one can be during a lock down! I am conscious of the many stresses these lock downs and associated decisions have – whether you are a parent, a family unable to visit a loved one, an extrovert keen to get out, or a business owner watching your savings being eaten away. There will, of course, be a diverse range of experiences and emotions around all of this; do feel very free to drop me a line and let me know how you are getting on.

As you can imagine, it is rather frustrating to be a local MP who can’t actually get out locally! This said, I am still very much engaged online – mostly by email, social media, and phone. Life has been exceptionally busy lately. With so many people at home, various concerns – roads, parks, business continuity, and much more – are being raised with me. While it is proving to be a large workload, it is also appreciated as it helps me to better understand what people are experiencing or struggling with.

Being locked down, I am also taking time each day to call constituents.  There is no singular theme coming through, although I think it is fair to say that most are resigned to this current lock down.  There is a lot of frustration building as well, but also a desire to ensure the health and well-being of themselves and the community.  I do certainly notice great worry from business owners I have spoken with.  Put simply, there is both a financial and emotional cost.  The current lock down is, to quote several people, financially "devastating".  The emotional cost is also present, with many wondering if it is worth opening up again without any certainty of if and when another lock down might come.

The awful situation in Afghanistan has also been a significant part of my work over recent weeks.  There are a few Afghan families here in our electorate who have loved ones over there, as well as some of our locals who traveled there and got caught amongst the drama. I cannot say that I was able to assist everyone in getting out, but I was able to help several families who have now made it back to New Zealand.

I have written more widely about the dynamics in Afghanistan, including my visit there three years ago. You can read the full article here, but my main point is that the Taliban have not changed and we are naïve if we think they have. 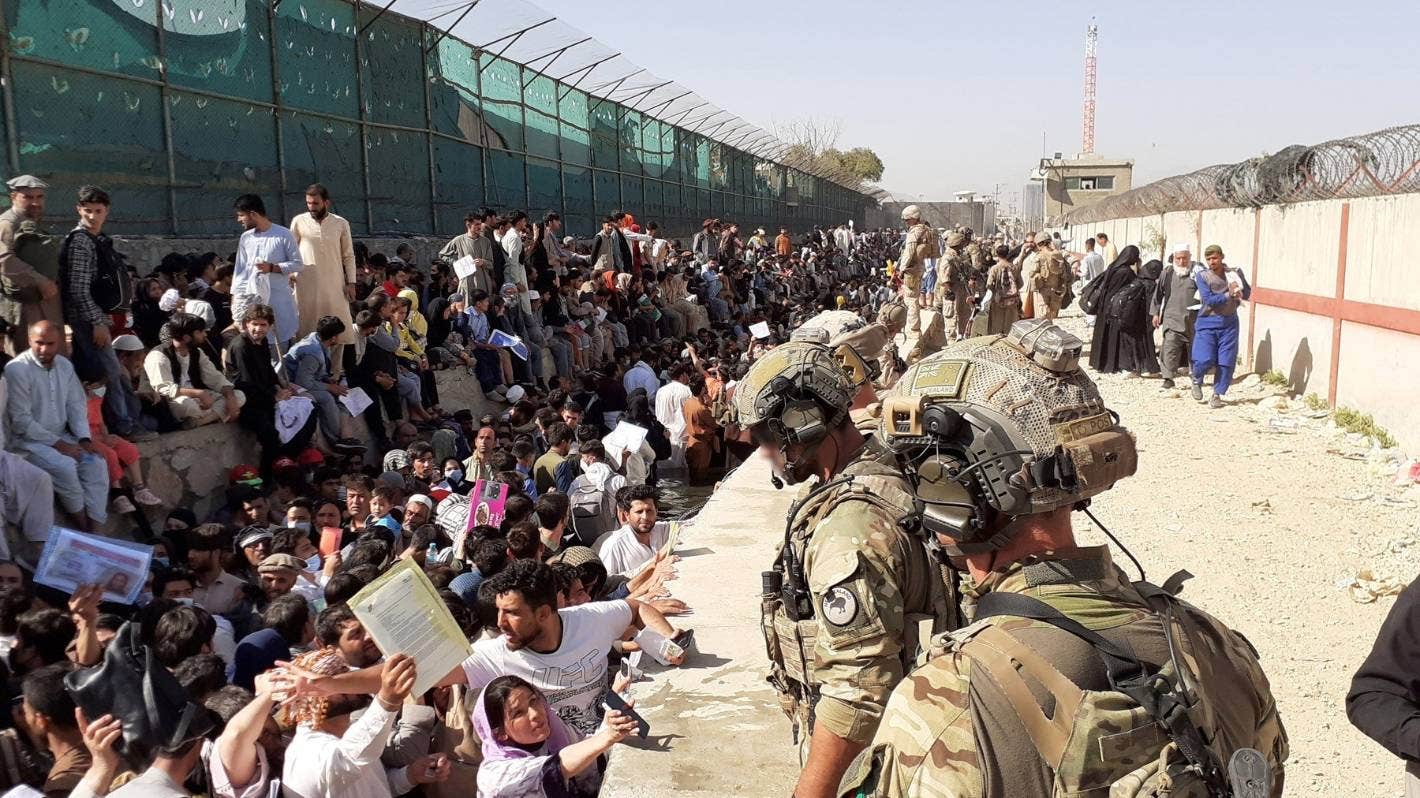 The irony of beginning to write this section is that the government has been working overtime to prevent parliament operating or operating effectively.

As the lock down took place, the Prime Minister made the decision to suspend a week of parliament. Since then, she and the Labour government have sought to severely limit the activities of parliament. While they were keen to keep parliament suspended, pressure forced them towards an ‘online parliament’. This may seem reasonable to some, but I can assure you that it would not work. In an environment that relies on robust discussion – argument, interjection, and a certain degree of theatre – being on Zoom does not cut it. It is bad enough doing select committee work online, let alone the whole parliament.

Due to National’s pressure, the parliament has resumed in very limited form. This means that some MPs are able to be physically there. Those of us in Auckland, like myself, remain at home.  Sadly, the government has sought to undermine even this limited form despite supposedly being the ‘most open and transparent government ever,’ limiting what is debated in the House, telling Ministers not to appear at select committee; and unwilling to re-form the Epidemic Response committee.

Bear in mind that this is a Prime Minister who is very happy to enter a room full of journalists every day, but not keen to front a parliament. The Greens, of course showed their hypocrisy as well – not satisfied that we can fly within New Zealand safely to convene parliament, but more than happy to attend a conference on climate change in the United Kingdom.

I stand firmly on the side of democracy and that in times of crisis, and certainly times where the government has enormous powers, we need more democracy – not less. 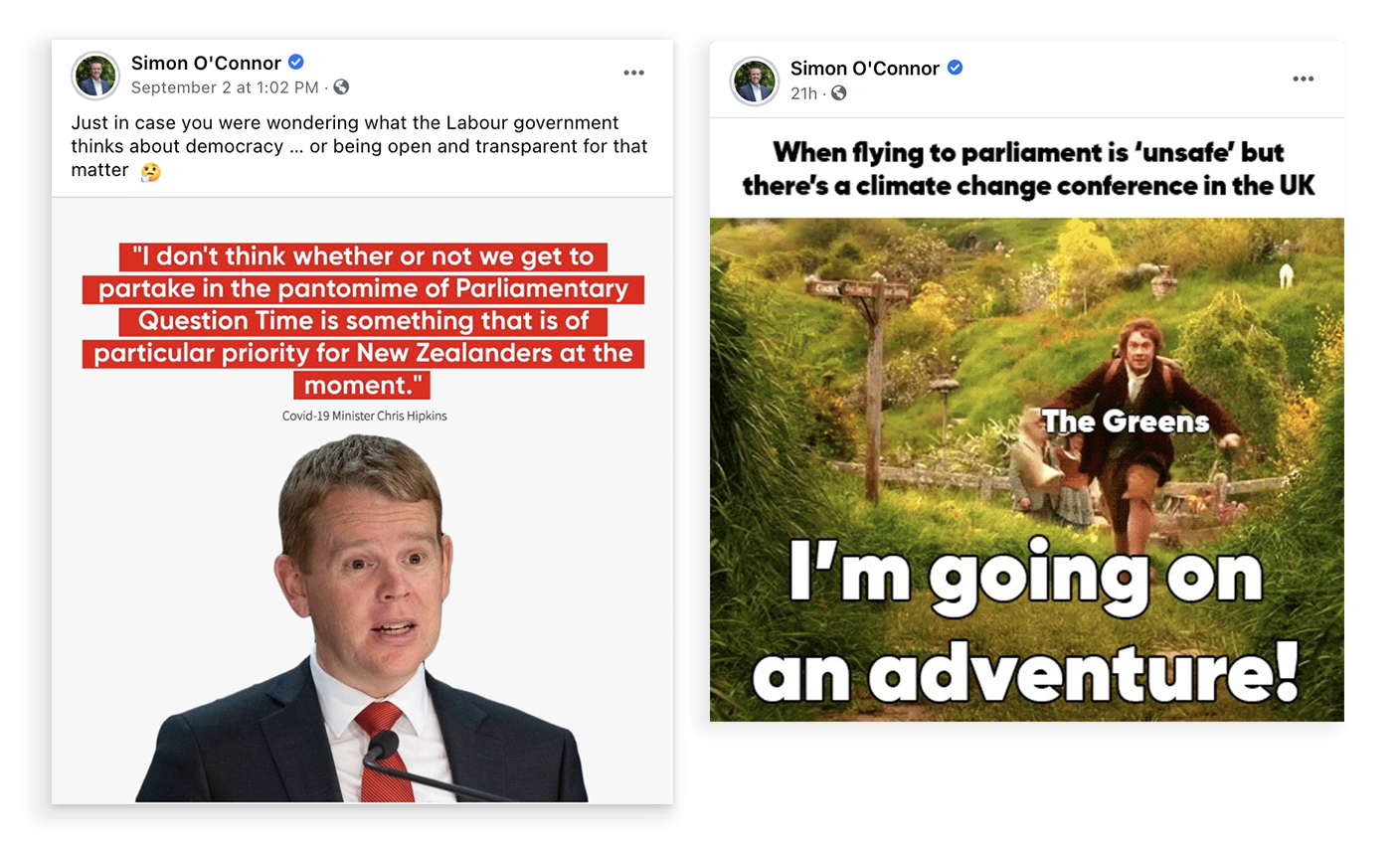 The awful recent events at Lynn Mall is a reminder that we need to remain vigilant about all forms of terrorism.  My thoughts are firstly with the seven injured and their families; my thanks also to the police and other first responders who acted so bravely. There are some significant questions to be raised, however, including why the known gap in the law was not closed despite it being two and half years since the terrorist attack on the Christchurch mosques.  National has offered its support to the Government to update the law as soon as possible. 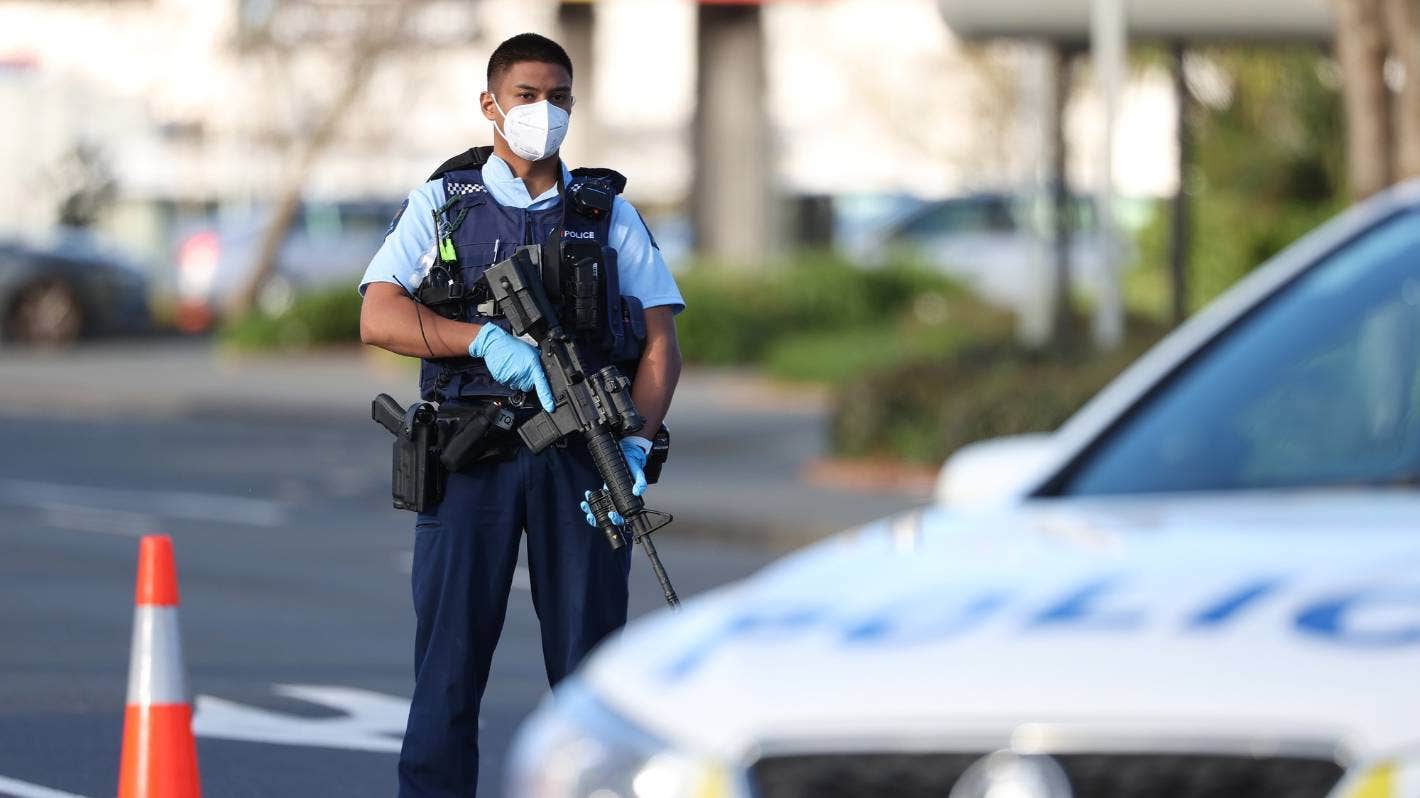 We must also be asking why some in Government and many media commentators are keen to downplay this recent terrorist’s motives, yet are very keen to stress the supposed motives of the Christchurch terrorist. One is being portrayed as that of a single person, with no associations beyond him. The other as symbolic of a number of groups of people and philosophies. The answer as to why is simple and worrying; this is the deliberate politicising of these terrorist actions to suit their own agenda.

I have written an op-ed around all of this which you can read here.

My podcast series have been going strong; the topics have been continually fascinating to me, but more importantly, it is a platform to discuss topics that mainstream media ignore. One of my recent podcasts involve Tamaki local Bob Narev, and we discuss his experiences as a Holocaust survivor. I also interview Alex Penk, an independent researcher and writer, about the new forms of ‘blasphemy’ that are rising in New Zealand – think of the words and ideas you are “not allowed” to say or think any more. It evolves into a really interesting discussion about freedom of speech and the troublesome idea of “hate speech” that the government is pursuing.

As you will anticipate, a number of my planned meetings and events have had to be postponed or cancelled due to the pandemic. A number of public meetings are also on hold, but I hope to let you know of new dates soon.

We have had to again push out the celebration launch of Simon Bridges’ new book National Identity. We are now hoping to hold the event on Friday 5 November. For those who have RSVP’d for the previous date (August 27), your space is still secure. For everyone else, I invite you to come and hear from the author himself on his personal and political experiences. Tickets are limited and selling fast – you can RSVP either by emailing [email protected] or by calling (09) 575 9842.

Finally, check out my latest op-ed in the East and Bays Courier here.

With best wishes for the coming weeks