By now, you will have heard about the stabbing in St Heliers on Saturday evening.  While an unprovoked and random attack, it remains very disturbing and sits on the back of a continuing problem with crime in our community.  In fact - if you have been following my social media and comments in mainstream media - you will know this is just one of many recent crimes in our electorate. 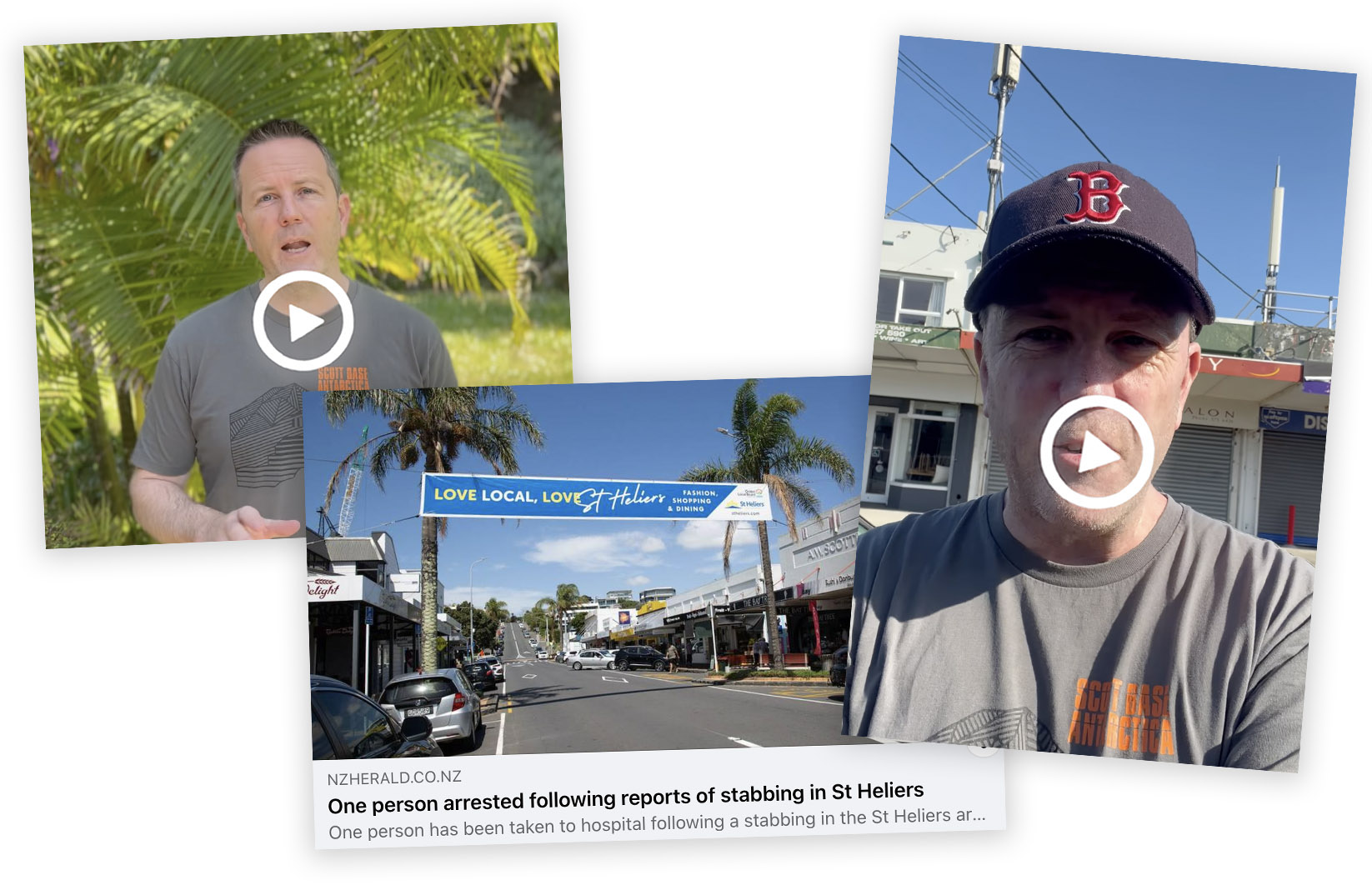 You will also know that I have been in the media a lot lately, highlighting the Labour government’s failures within the justice space and particularly in Corrections for which I am the Shadow Minister.  A highlight has been getting the lead item on TV One News last week.  I wanted therefore to draw your attention to all of this – for, if there is one issue that just about every local raises with me, on a daily basis, it is crime and safety.  As a local myself and as your MP, I can say I have never seen it this bad. 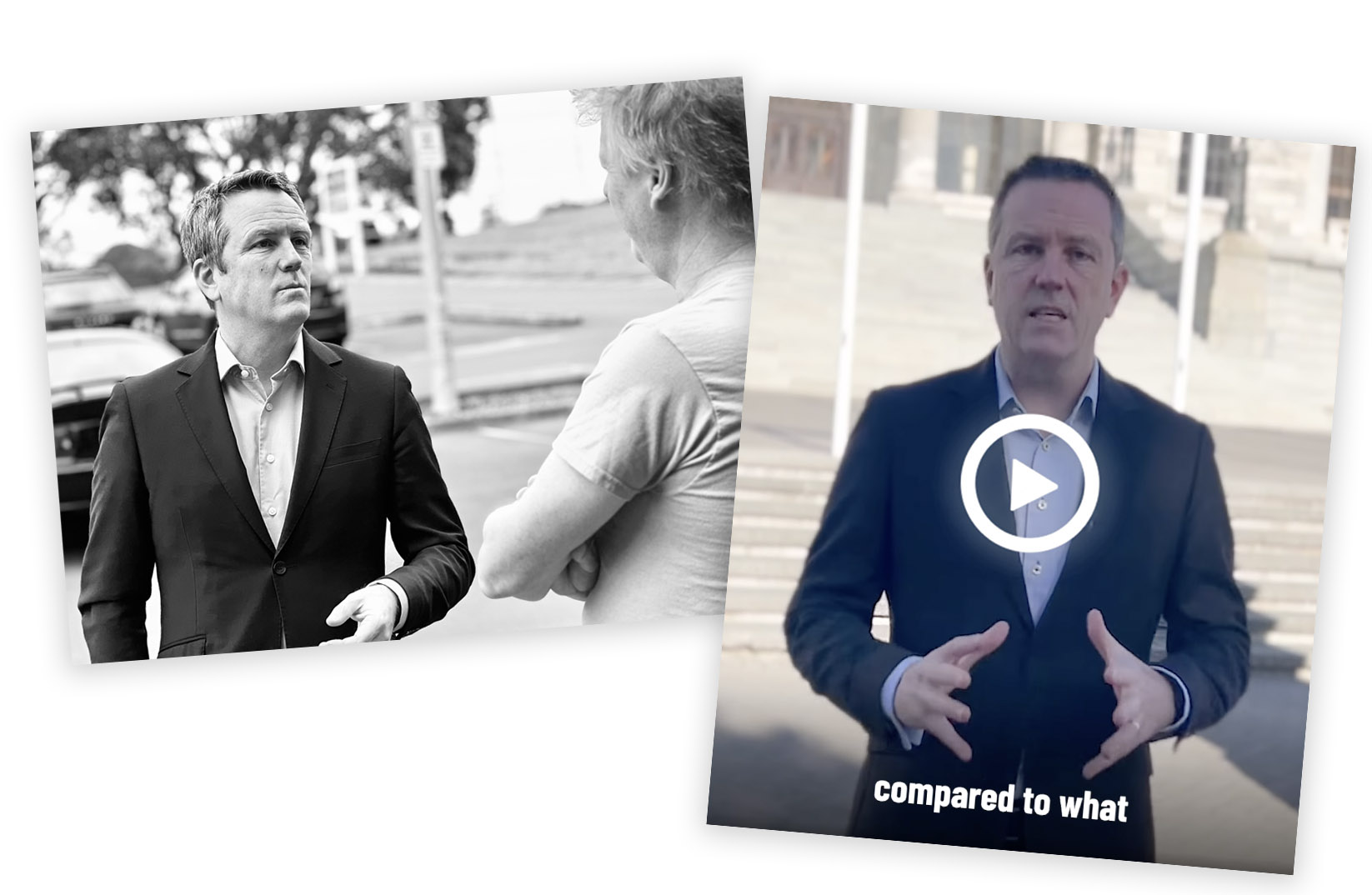 As mentioned, in recent days we had the stabbing in St Heliers but at least seven other businesses have been broken into and raided.  This alongside a number of thefts from individual homes or the likes of bikes being stolen off the street.  I have gone to visit each business as I have with other break-ins.  It is heart-breaking to be honest to see the deep impact on the business owners and their staff.  One story struck a chord with me from a business owner who described an incident by saying “this was a good break break in”; by this, they meant that only having the door smashed and some chips stolen was ok compared to previous crimes (this business has been hit over six times).  I found this a depressing expression of where things are at under Labour and those who continue provide excuses for crime. 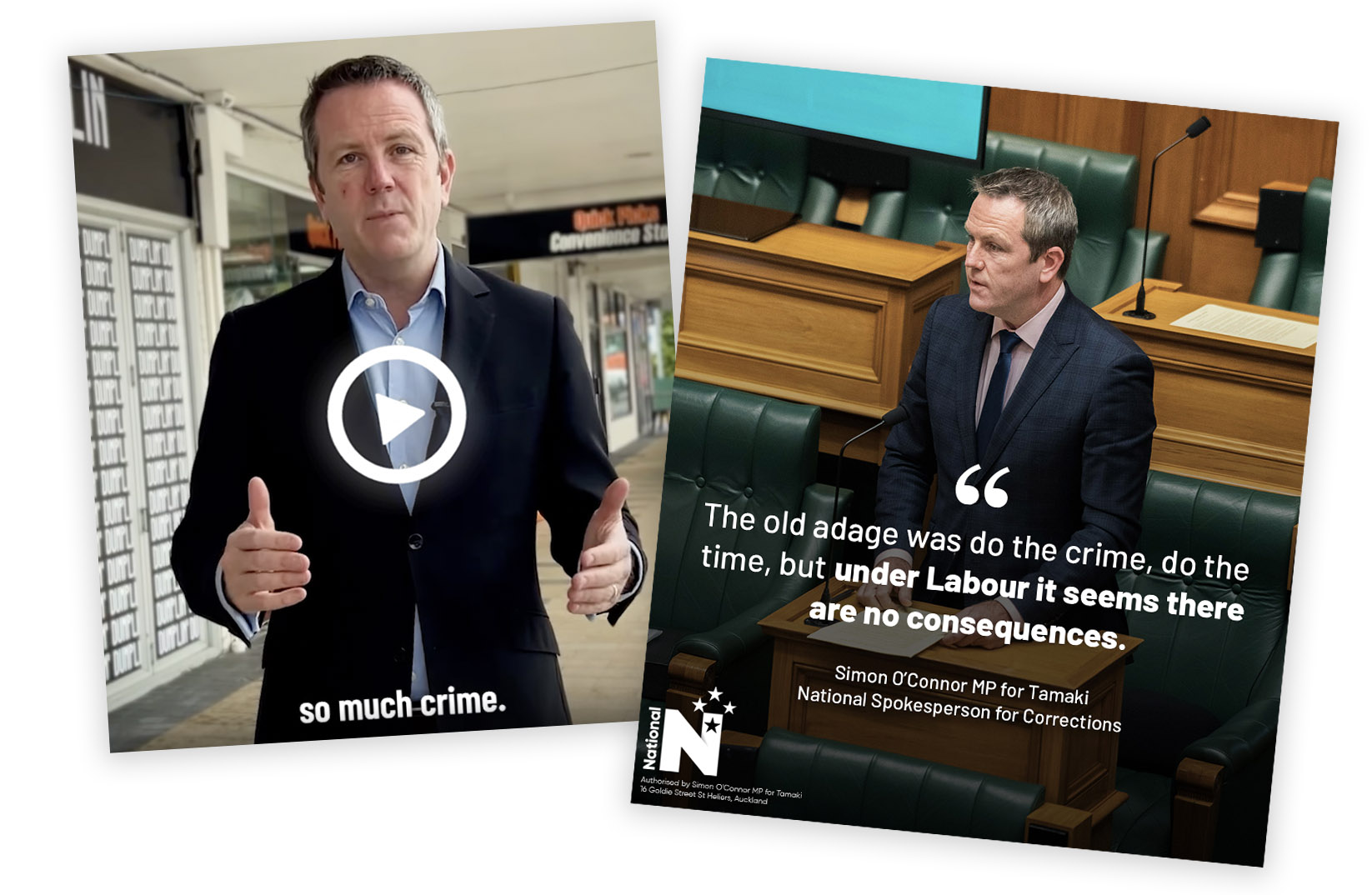 For those wondering where other business break-ins are: one in St Johns; three in Mission Bay; and one in Glendowie.  And as I write, we have had 5-6 youths storm and raid the Kohi Diary and then another business that I won't name for privacy reasons (they have asked for discretion).

Alongside visiting our local businesses, I have been doing a lot of media lately particularly around the Corrections side of crime which is contributing to the issues we see.  My recent work has exposed the government for wiping out almost 100,000 community service hours.  As I noted to journalists, under Labour if you do the crime you don’t do the time.  We have no shortage of graffiti to be cleaned up or parks maintained, and yet Labour has not held these criminals to account. 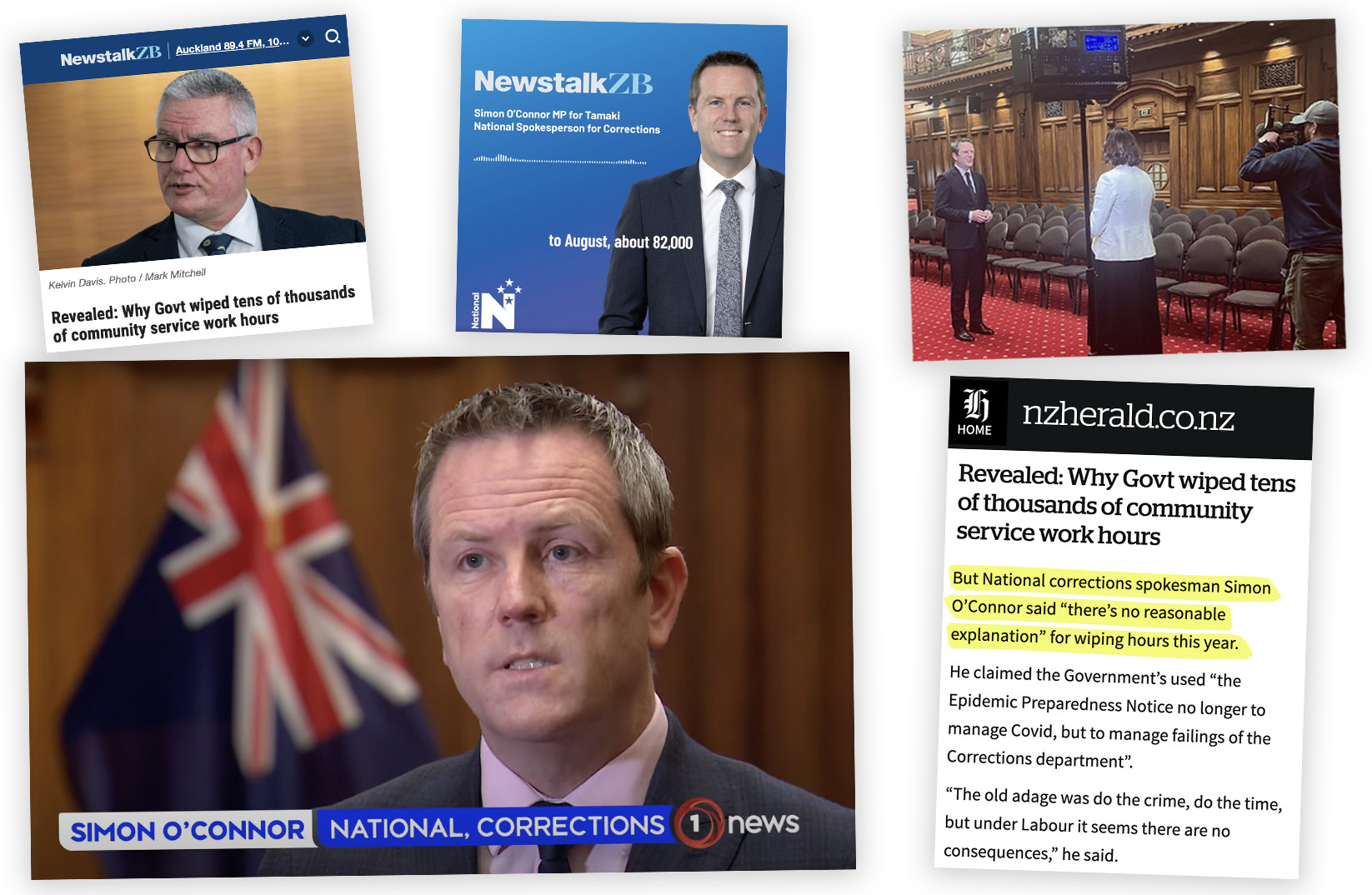 You can see my work in media HERE (Herald), HERE (Newstalk ZB), on (HERE) for radio.

What is important to note is that this situation is entirely due to the Minister of Corrections ignoring the ongoing problems of staffing.  There are now over 1,800 roles vacant.  Consequently, we are seeing greater stress for Corrections Officers; prisoners not receiving their legally entitled visits from family and getting very angry; which in turn is leading to more violence and damage being done.  As with so much Labour manages, things are getting worse.

So what can we do?  Firstly, by not making excuses for these criminals as many on the left and woke side of politics do.  We need the ability to hold those responsible to account – particularly youth.  This would take the form of ensuring they get to school; monitoring their whereabouts; and also ensuring they and their families are getting the support they need.  We also need to look at how we hold the families to account for their children’s behaviour.  On top of this, I am keen to explore again how we get these troubled youth into programmes like those run by our Defence Forces and others.

We also need to provide direct support to local businesses.  While government has put money aside to help, they are not actually spending it.  For example, I have been working with the St Heliers Business Association to improve security measures (think bollards and planters among other things) and yet this has been declined.  I will keep pushing but it is just a sign of the weak response by government.

This sits alongside my continued push for cameras around Achilles Point (I have found the funding, just waiting for Auckland Transport to install) and also several more cameras in St Heliers to cover Vellenoweth Green and the boat ramp; supporting the setup of our Eastern Bays Community Patrol (and my thanks to those who have joined up!); and meeting regularly with our police command to discuss more patrols and support.

I welcome your own views and suggestions, so please be in touch.