Another busy few weeks, particularly locally, so this latest newsletter focuses on events in and around Tamaki but also some thoughts on the latest madness coming out of Wellington - that is, the cancelling of funding for Shakespeare because according to some the ideologues in Creative NZ he is ‘paternalistic, imperialist, and not assisting decolonisation’ (I kid you not!). 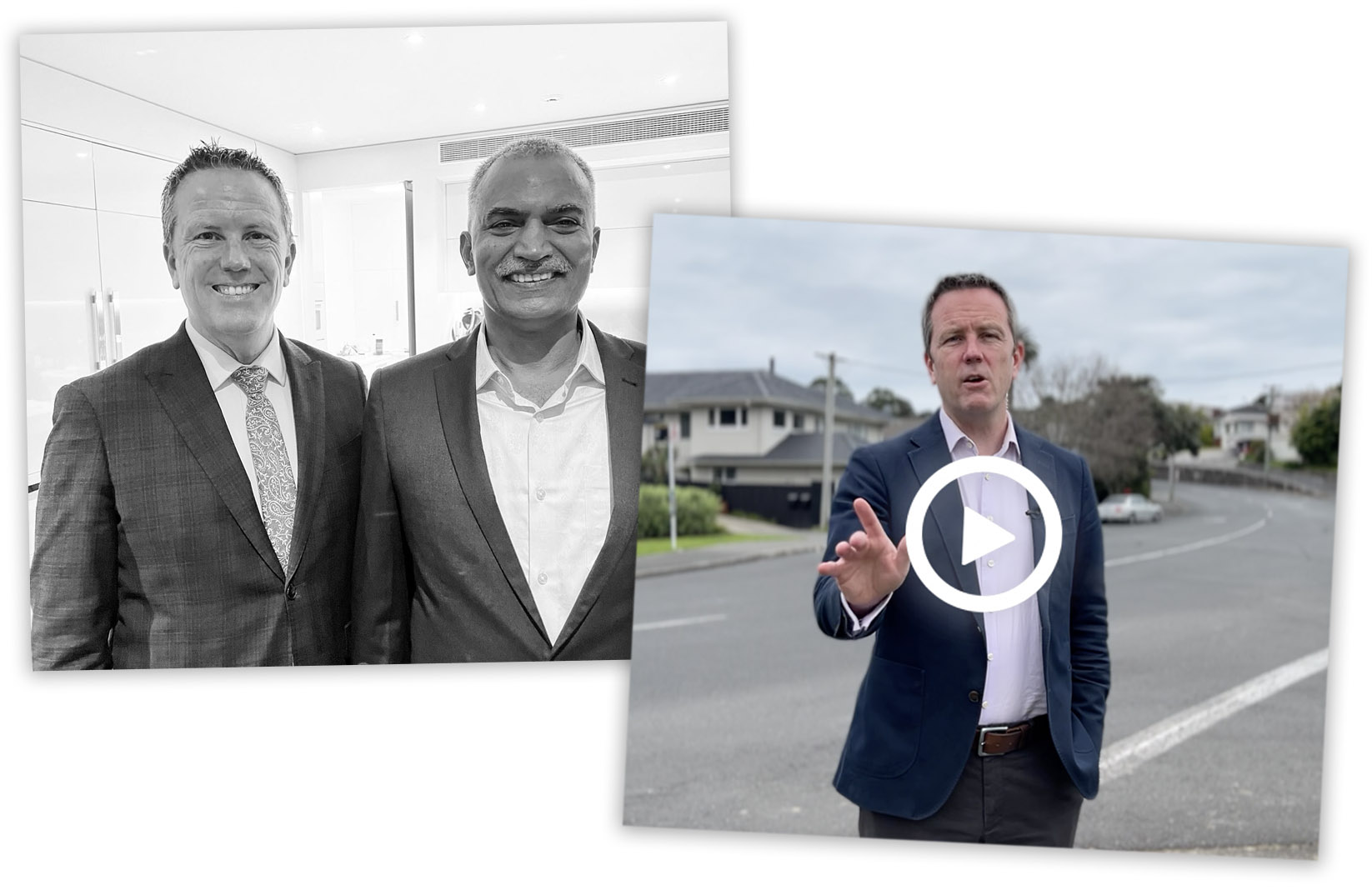 The last fortnight has been recess, and I have found myself right across the electorate - from a private dinner with the Chief of the Indian Navy in Orakei to talking with residents at St Andrew’s Retirement Village, through to getting media coverage for the safety issues on Riddell Road in Glendowie to applying pressure on the mad roading changes in Mission Bay.

This sits alongside the usual day to day constituent work. This is always busy, but the last few weeks have been quite intense in terms of volume. Immigration issues are the biggest problem, with Immigration New Zealand clearly overwhelmed and good local people - who have done everything right - waiting months for answers that should come in days.  I am assisting as many as I can and we have had some successes I am pleased to say. 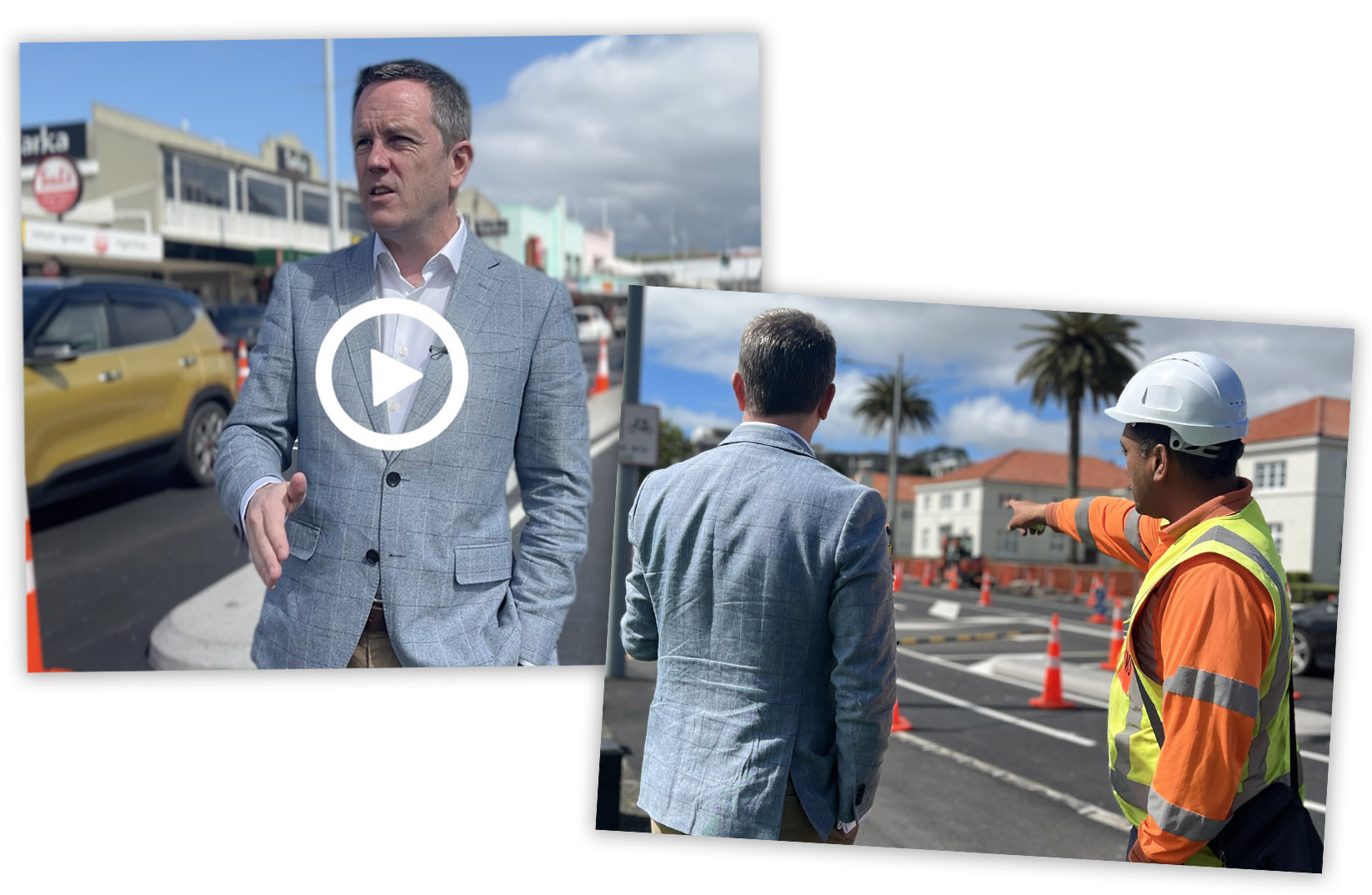 I have made several visits now to Mission Bay to check out the road works going on there.  I remain dismayed at how the interplay between parking, cycling, and driving is playing out.  In short, I see the design as dangerous - forcing those exiting cars (especially with children) to do so into traffic or into the cycle lane.  I will continue advocating for change.

Continuing on the traffic theme, I was pleased to engage with media a few days ago about the ongoing speed and safety issues on Riddell Road.  Calls for improvements have been ongoing and progress with AT slow, so I am hoping this drives things along (all puns intended!).  You can read the article in the NZ Herald HERE 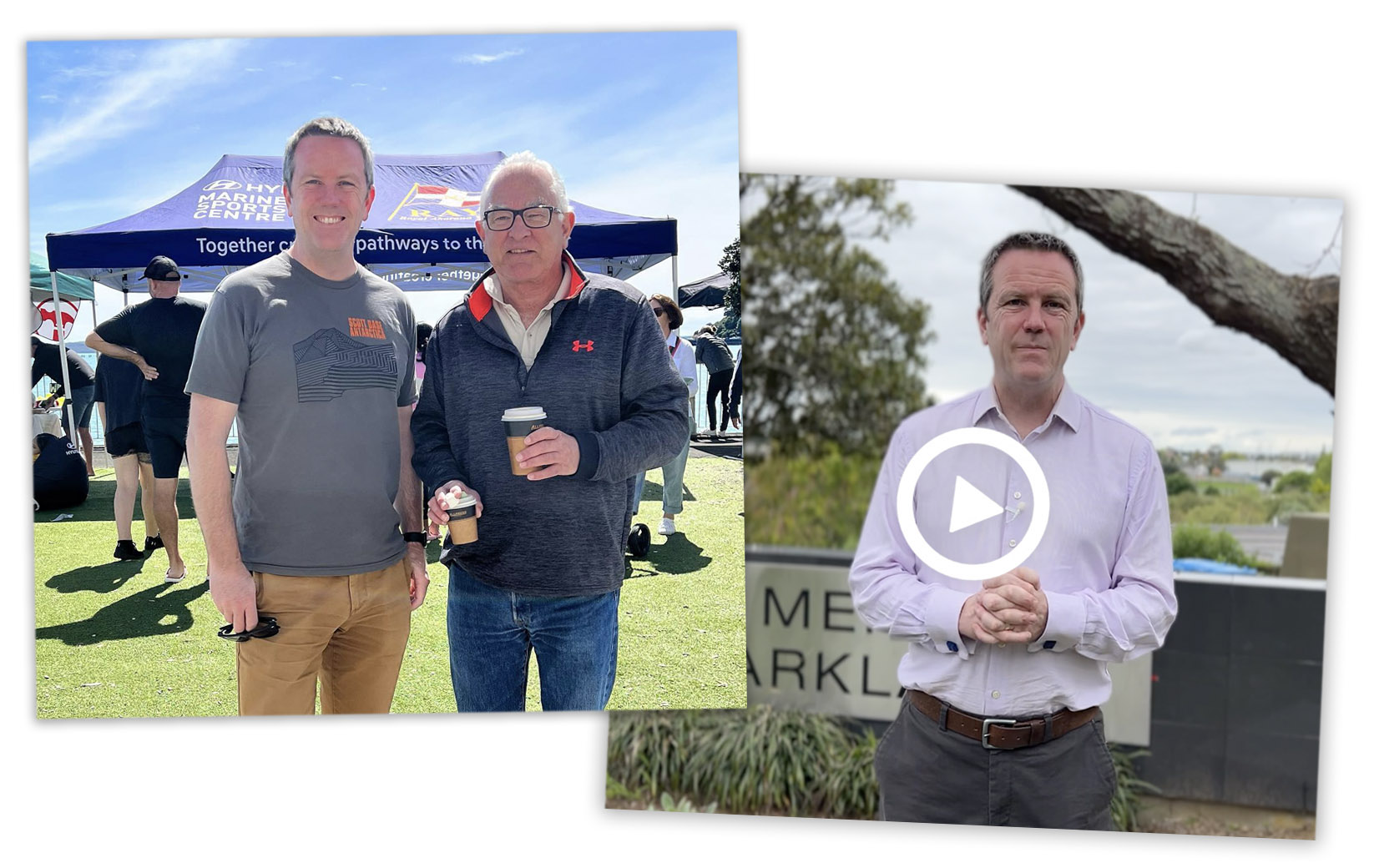 I have also been drawing attention to the critical situation developing in our aged care facilities.  Put simply, they are woefully short staffed as the Labour government continues to mismanage local training and immigration.  Speaking with our local facility managers, it is clear they need help and I will continue advocating for government to quickly make the changes that are needed.

I was also pleased to join the many community events in and around our community.  The Hyundai Marine Sports Centre (in Okahu Bay, and home to the Royal Akarana Yacht Club) is now ‘fully operational’ and it was good to join their open day celebrations.  It was also good to see Ngati Whatua opening up their nursery in the Pourewa Valley so that we, as locals, could see the important work they are leading.

Some of you may have seen the large rally of Persian/Iranian New Zealanders last weekend in Mission Bay.  Hundreds gathered to protest the ongoing violence of the Iranian regime after the killing of Mahsa Amini by the morality police for showing some hair under hijab.  I was the only MP to join the whole protest and to be invited to address the crowd, though was pleased to have my colleague Paul Goldsmith MP turn up for the human chain - we were able to form a line of people from Mission Bay all the way around to Kohimarama. 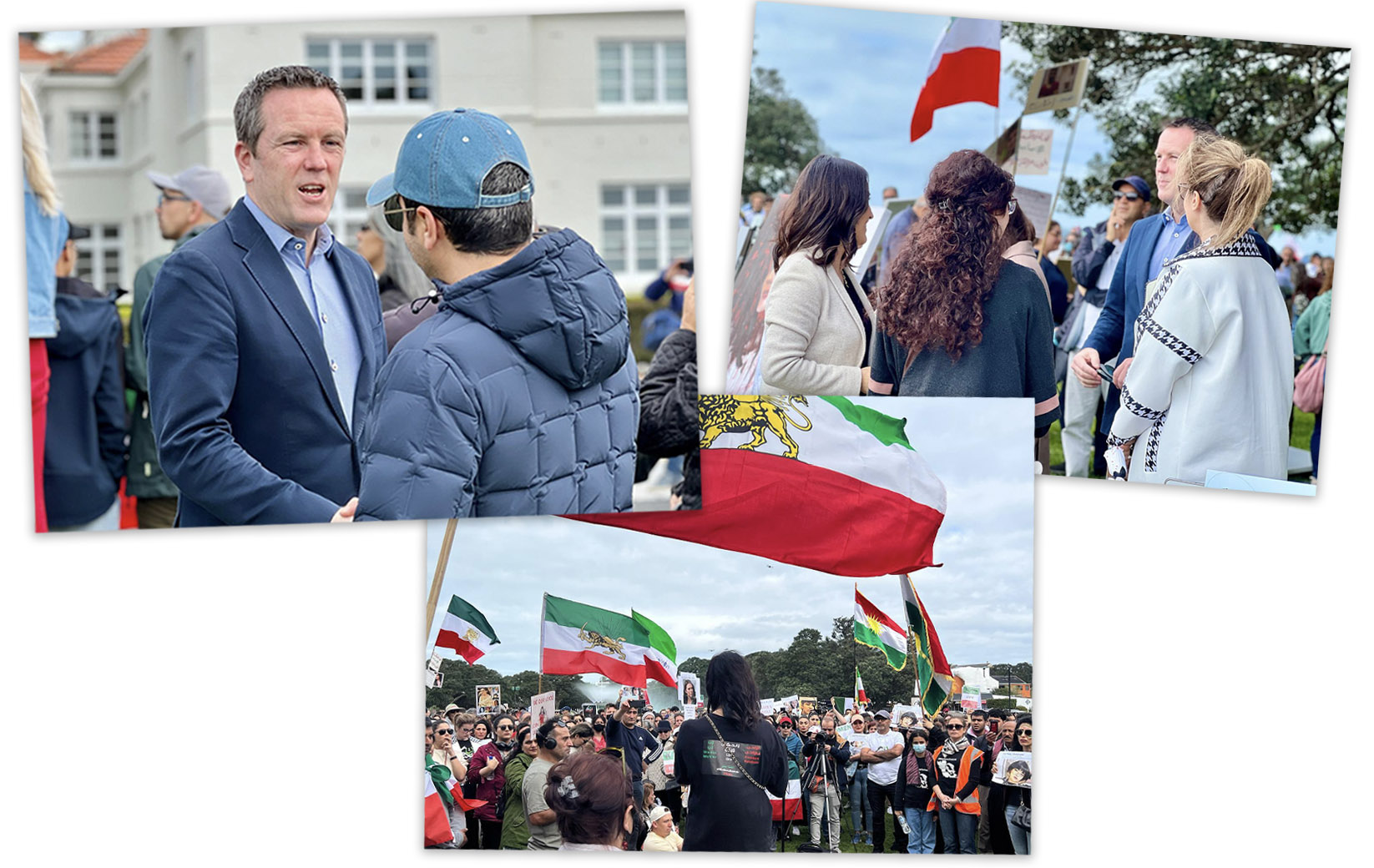 I remain saddened (although not surprised) that no other MPs from any other Party attended, nor was there much media coverage at all of what happened.  The human rights abuses by the Iranian government are well known and yet this is being greeted with almost silence by Jacinda Ardern and her government.

For me, basic humans rights matter here in New Zealand and overseas.  They matter everywhere and we are the weaker as a whole when they are being violated, including in countries like Iran.

In this vein, I also was a guest of honour at the recent Taiwan National Day Celebration, noting the continued threats they are under from the Chinese Communist Party.  As I say, if human rights matter, they matter everywhere. 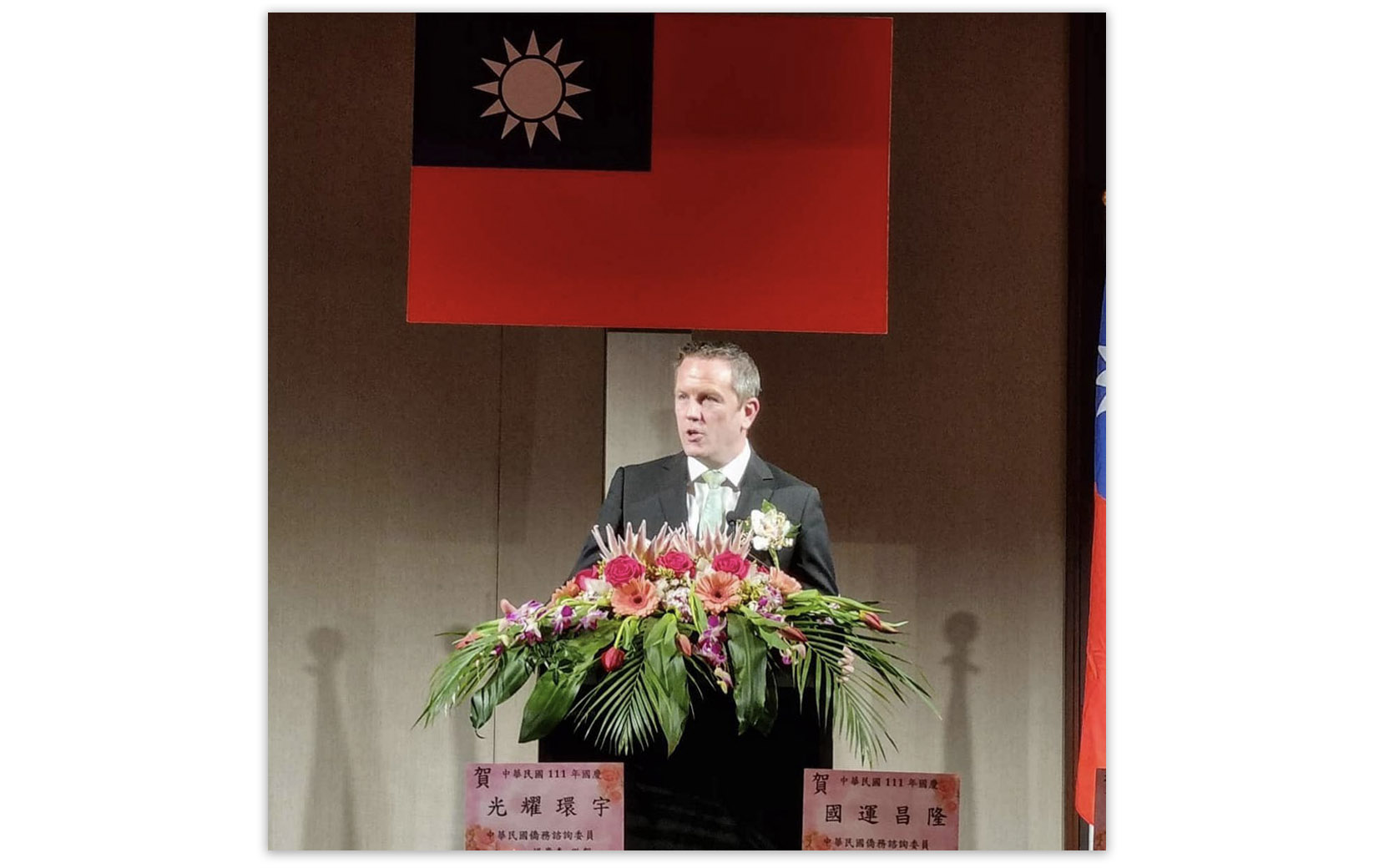 As I mentioned at the start, Creative NZ has decided to stop funding the Shakespeare Globe Centre New Zealand.  Some involved say that Shakespeare’s work is paternalist, imperialist, and part of an imperial canon.  Such claims are intellectually dishonest, historically inaccurate, and smack deeply of political ideology.  That much of the criticism is based around the need to ‘decolonise’ tells you that the woke are well and truly at work. 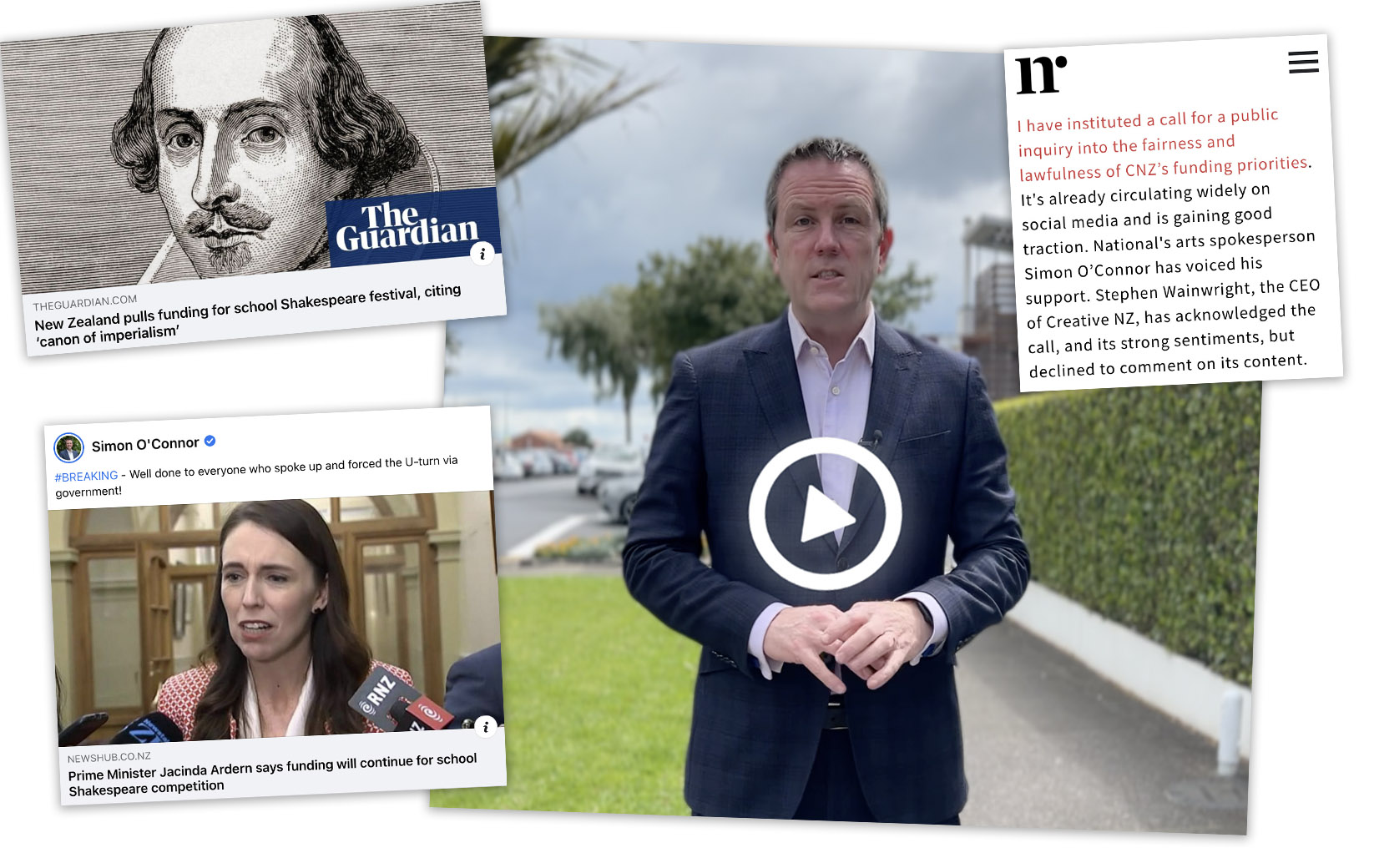 As National’s arts and culture spokesperson, I have been protesting this move.  Shakespeare is just one part of a rich and vibrant cultural sector in New Zealand.  In fact, our arts sector is the stronger for the influences locally, and from Europe, Asia, Africa, India, the Americas, the Pacific and beyond.  The idea that art and culture can only be from that which is local - that is decolonized - is as stupid as it is dangerous.  Those cancelling funding are driving a destructive tribal narrative that suggests there can be nothing to learn from others, but instead the only truth and beauty that is to be found is local.

You can read some of my comments on Stuff HERE, Newsroom HERE, and via Facebook HERE.

They have also pulled funding from the likes of Arts on Tour which bring arts and cultural performances to our rural and provincial areas.  Sadly, we are seeing a government and its agencies focused on only a particular segment of New Zealand society, embracing a utopian vision of what the past was, and funding accordingly.  As I say, our arts sector - and New Zealand as a whole - is stronger for celebrating our multicultural influences, and not becoming monological and blinkered.  We are the richer for diversity.

I have also been busy drawing attention the growing crisis in Corrections.  Did you know that there is now over 1,800 vacancies in Corrections and that Kelvin Davis is promising a further 500 employees on top of this?  As a consequence of these gaps, we are seeing prison violence; greater property damage; Corrections staff stretched and stressed; and the likes of Community Hours being written off.  In fact, for the latter, my questions in parliament have shown that over 88,000 hours of Community Service have been ‘forgiven’.  It seems under Labour that if you do the crime, you don’t do the time! 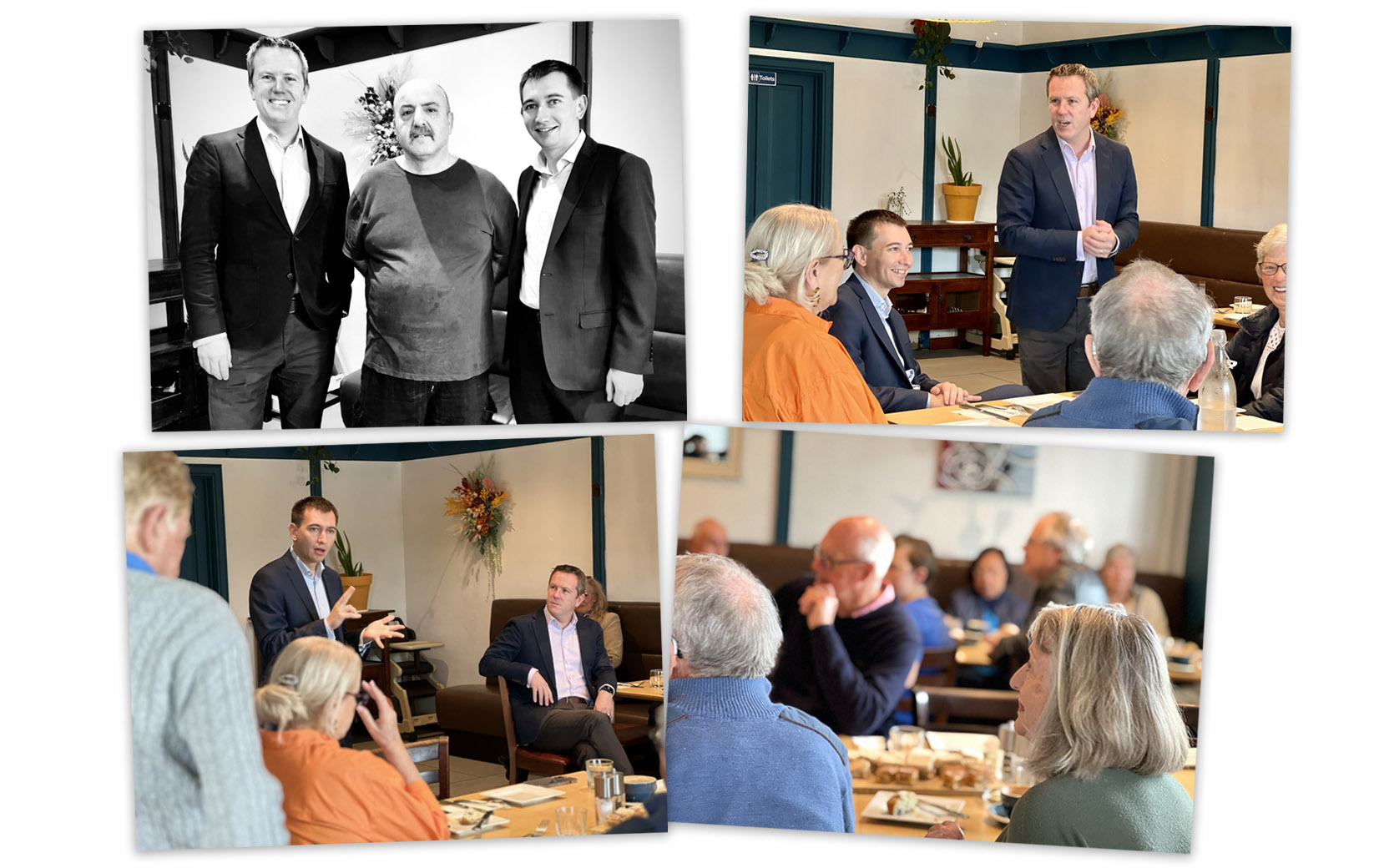 And a mix of parliament and local, I had Simeon Brown MP in the electorate last week to talk transport.  Thanks to all the locals who turned out and to Mustafa, Felicia, and the crew at Picco Eatery (Roberta Avenue, Glendowie) who hosted us.  Much of the talk was on transport but also how the government is inflating the bureaucracy but less is being delivered! 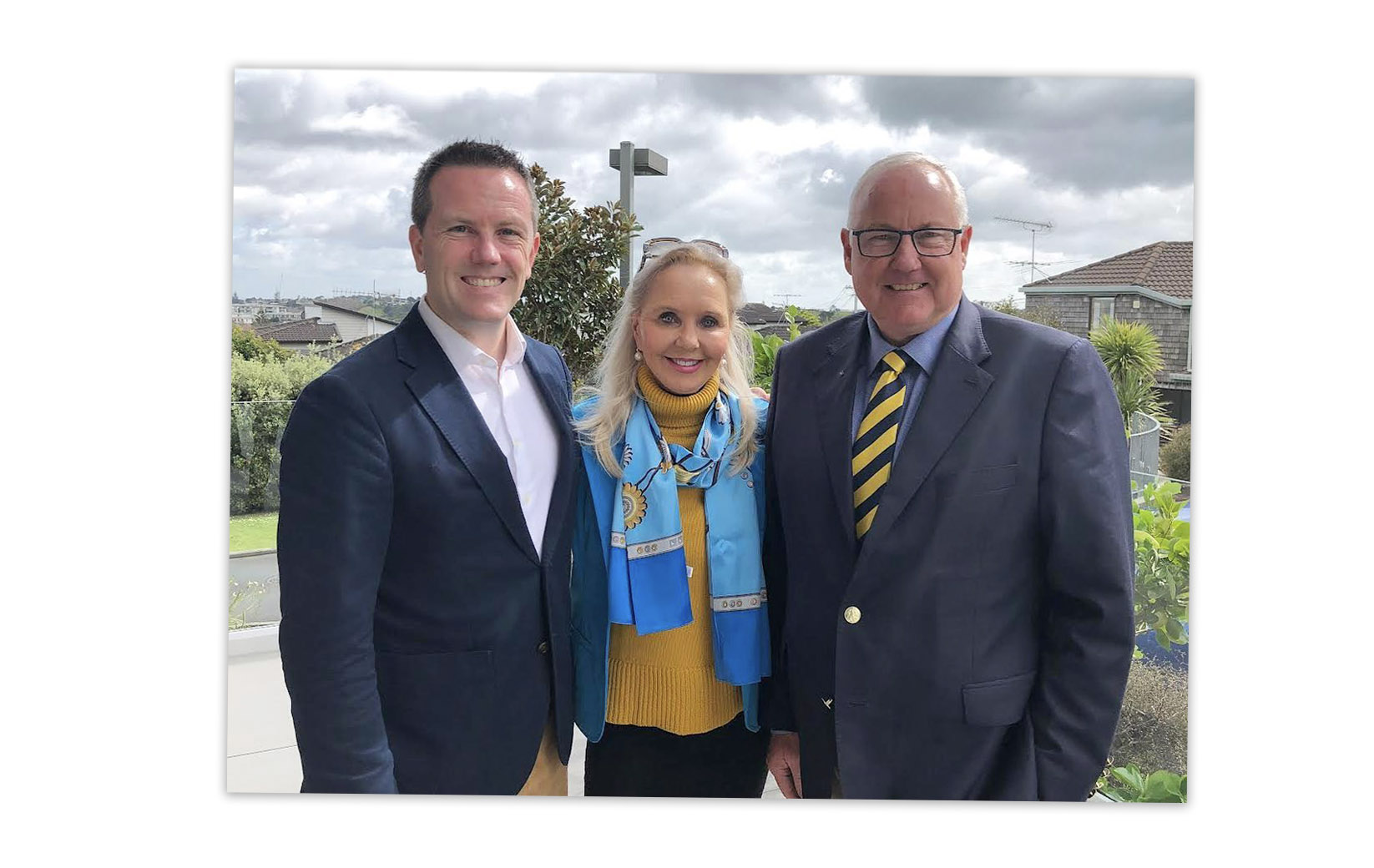 Finally, but certainly not least, congratulations to those who won during the recent local government elections.  It was good to see the centre right coalesce around a single candidate, and that Wayne Brown is now our Mayor.  Great to see our local councillor, Desley Simpson returned and I acknowledged too Josephine Bartley in the Maungakiekie-Tamaki part of my electorate for also being returned (and saying thank you to C&R candidate Troy Elliot for his hard work and campaign).  Also, a clean sweep for the C&R team in Orakei - led by Scott Milne - so again, congratulations to all and I look forward to continuing to work closely with you all as we represent our area.

I look forward to seeing you around the electorate soon