Another week, and another example of this government getting increasingly out of control.  As I write, we have just completed Urgency where Labour and the Greens have sought to entrench their view on Three Waters (now Five Waters!) into law.  What this means is that it would now take a vote of 60% to change the law, not the usual democratic 50%.  This move to entrench the Left’s approach to Three Waters is outrageous.  Entrenchment of laws has always been bi-partisan and only on ‘high level’ constitutional matters – think the age of voting for example.  For the Left to entrench a controversial policy is wrong and attacks another aspect of our democracy. 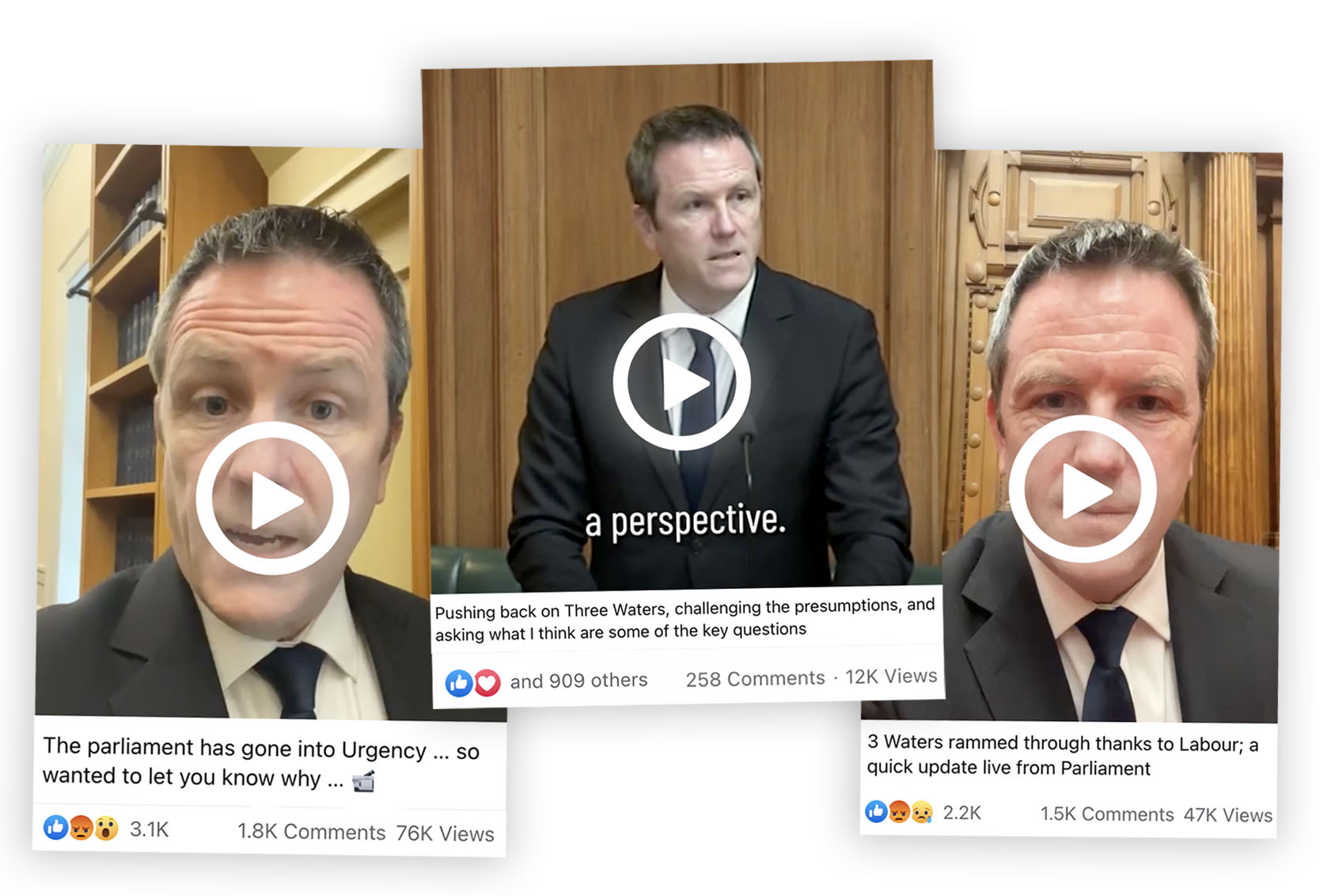 Adding to this is that the change was done during Urgency and without any public consultation.  In fact, the change came via the Green Party and with the support of Labour.  It was rushed through the House with no discussion and with many MPs not even aware.  Furthermore, the entrenchment is set at 60% and not the usual 75%.  Now, I don’t want this entrenched at all but the point is that you can only entrench a law according to the number of votes you have at the time – which for Labour and Greens currently is 60%.  This illustrates the disregard and cynical approach of this Left-wing government.  They knew they couldn’t make 75%, so happy to take the 60% knowing that this would still make the threshold of change much higher.

So what can you do?  Firstly, share this information far and wide with your family and friends.  New Zealanders needs to know the outrageous actions of this government.  Remind them that this government is also the one centralising so much control to itself; funding media; and seeking to limit free speech.   Secondly, email the Prime Minister and Nanaia Mahuta.  Thirdly, vote these guys out at the next election. 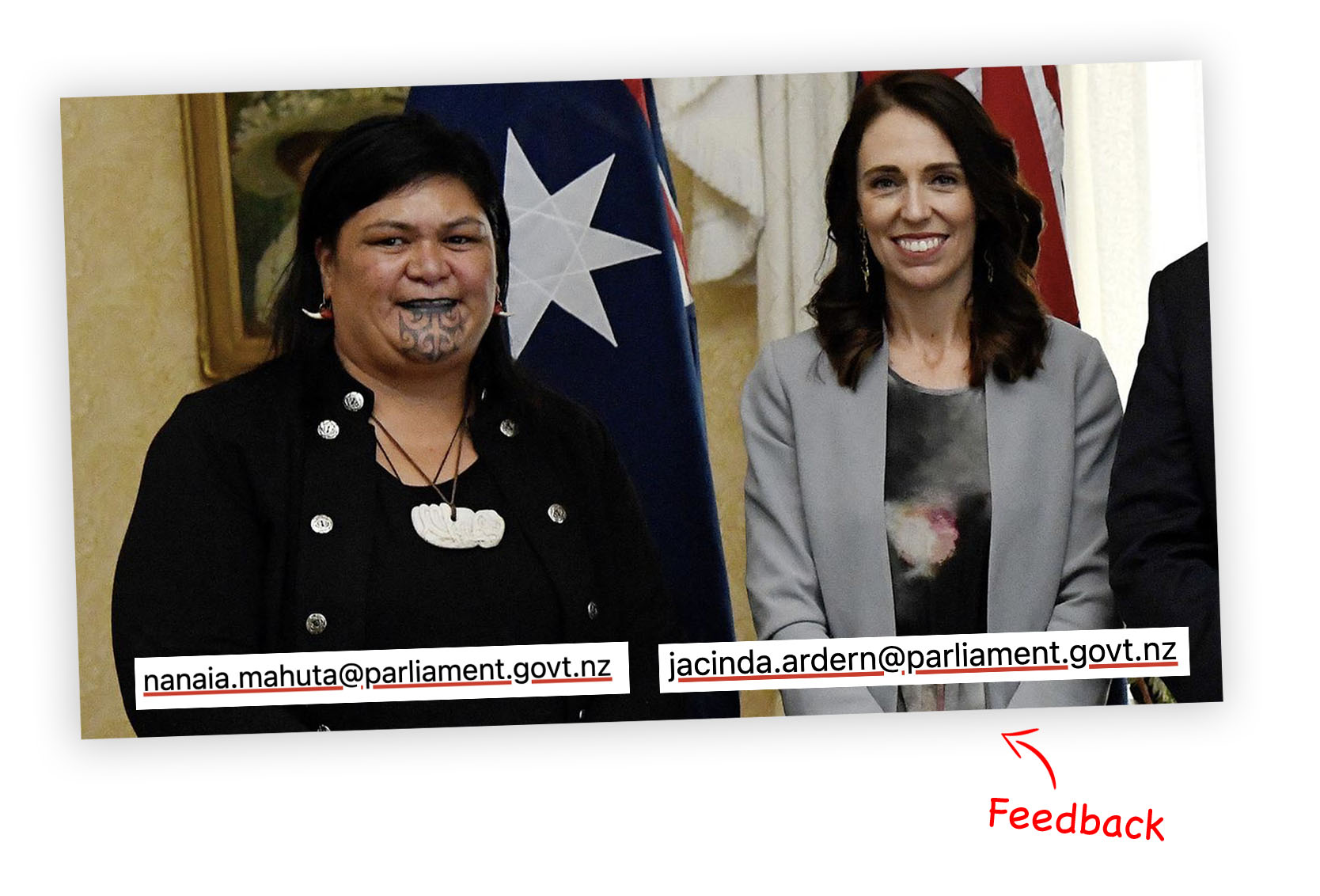 National will continue to oppose this outrage.  It is our intention to ask government to return the Three Waters Bill return to the committee stage so that this entrenchment can be removed.  It is our hope that as news of what they have done becomes more public, they will realise their error.

On top of all this Three Waters nonsense, we had the senseless and awful killing of Janak Patel, the owner of the dairy in Sandringham.  Many of us had warned that the ongoing ram raids, burglaries, and violence would end up in a death.  Sadly, here we are.  The government still seems paralysed and unable to act.  National in contrast has a plan, including a new targeting repeat youth offenders and empowering police to challenge gangs. 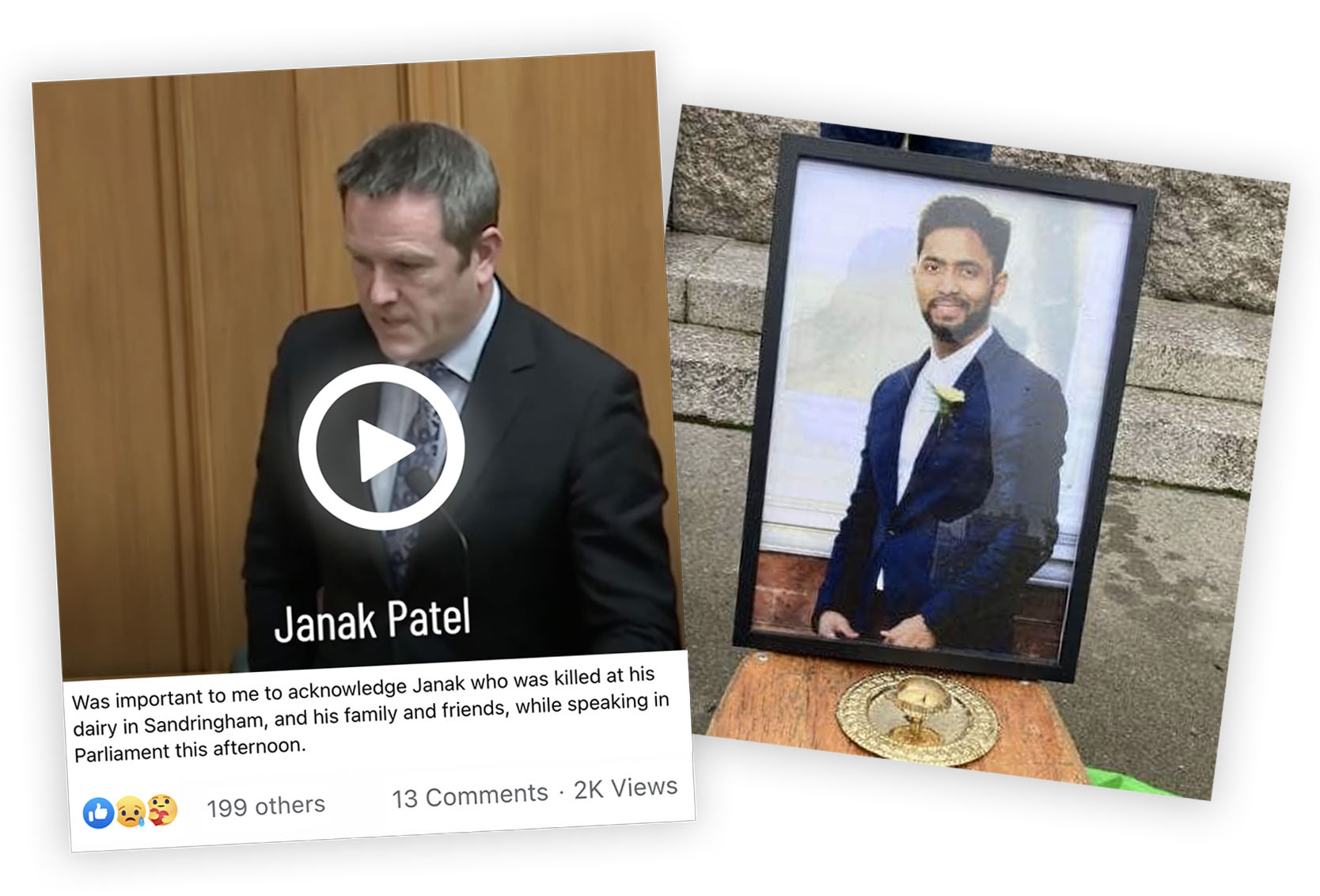 Locally, we have had more attempted raids on businesses.  Some ‘successful’, some not.  In all cases, tens of thousands of dollars of damage has been caused.  Out of respect for the business owners, I won’t mention where (at their request) but what is clear is that these young ones are becoming more and more brazen.

As the Shadow Minister for Corrections, I have also been doing a lot of media recently noting how Kelvin Davis and Labour are emptying the prisons while also overseeing an increase in crime.  You may not be aware, but the prison population has decreased by 24 per cent under Labour. At the same time, violent crime has increased by 21 per cent, and gang membership is up by 51 per cent.  Labour has an explicit target to reduce the prison population without a plan to reduce crime. This recklessness demonstrates public safety is not a priority for this Government. 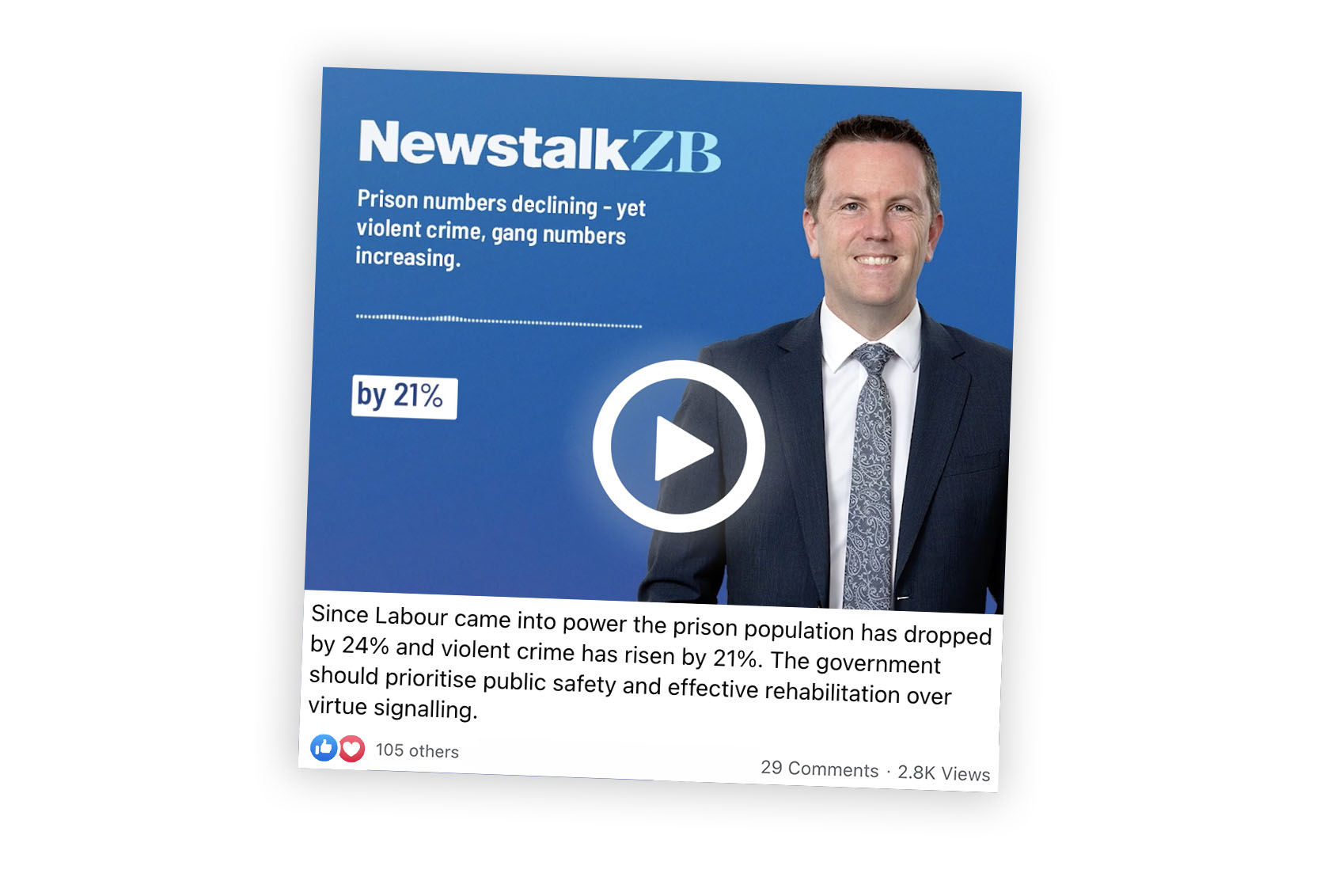 The awful violence and crackdown by the government of the Islamic Republic of Iran continues.  The violence and repression against those calling for freedom must be called out.  I have joined several protests including one at the steps of Parliament earlier this week.  Our local Iranian/Persian community are doing a great job standing up in support of their family and friends back home, and I am proud to stand with them.  I am also proud to have signed a letter to the Minister of Foreign Affairs asking that the Iranian Revolutionary Guard Corp be designated a terrorist organisation.  Personally, I think this should have been done years ago! 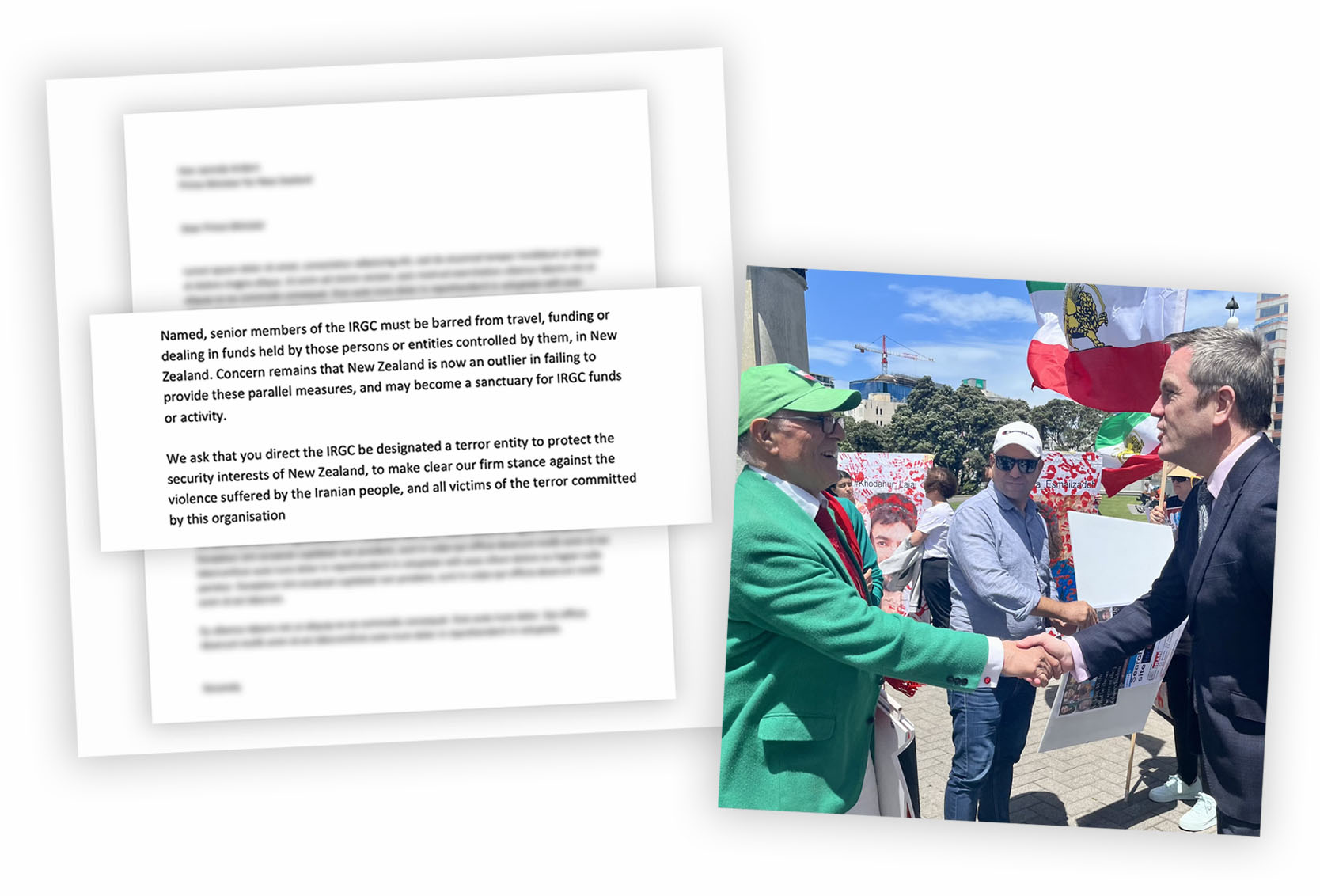 As you know via the Three Waters situation, the Parliament has been in Urgency last week.  This means we sat till Friday and from 9am to midnight most days.  The government has not been effective in getting legislation passed this year, and we as an Opposition have been rightly slowing them down – calling into question much of what they are doing.  As a consequence, they called Urgency to push a large amount of legislation through.  I should note, some we agree with but others we do not.

Among this, we also had news that the Supreme Court has said the 16 year olds should be allowed to vote.  Whether you agree with this or not, it is a further and worrying sign of our highest court treading into areas it should not.  Put very simply – courts interpret laws, they do not create them.  The voting age is a matter for parliament and the current law is exceptionally clear around the voting age.  You may also be aware that this same court has also said Tikanga should be part of New Zealand law.  Again, this is something for parliament and the public to discuss – not be decided by the unelected sitting on court benches.

Finally, and by no means, least – we have the continued attack on free speech by the government.  I penned an op-ed recently addressing this topic and you can read it here. 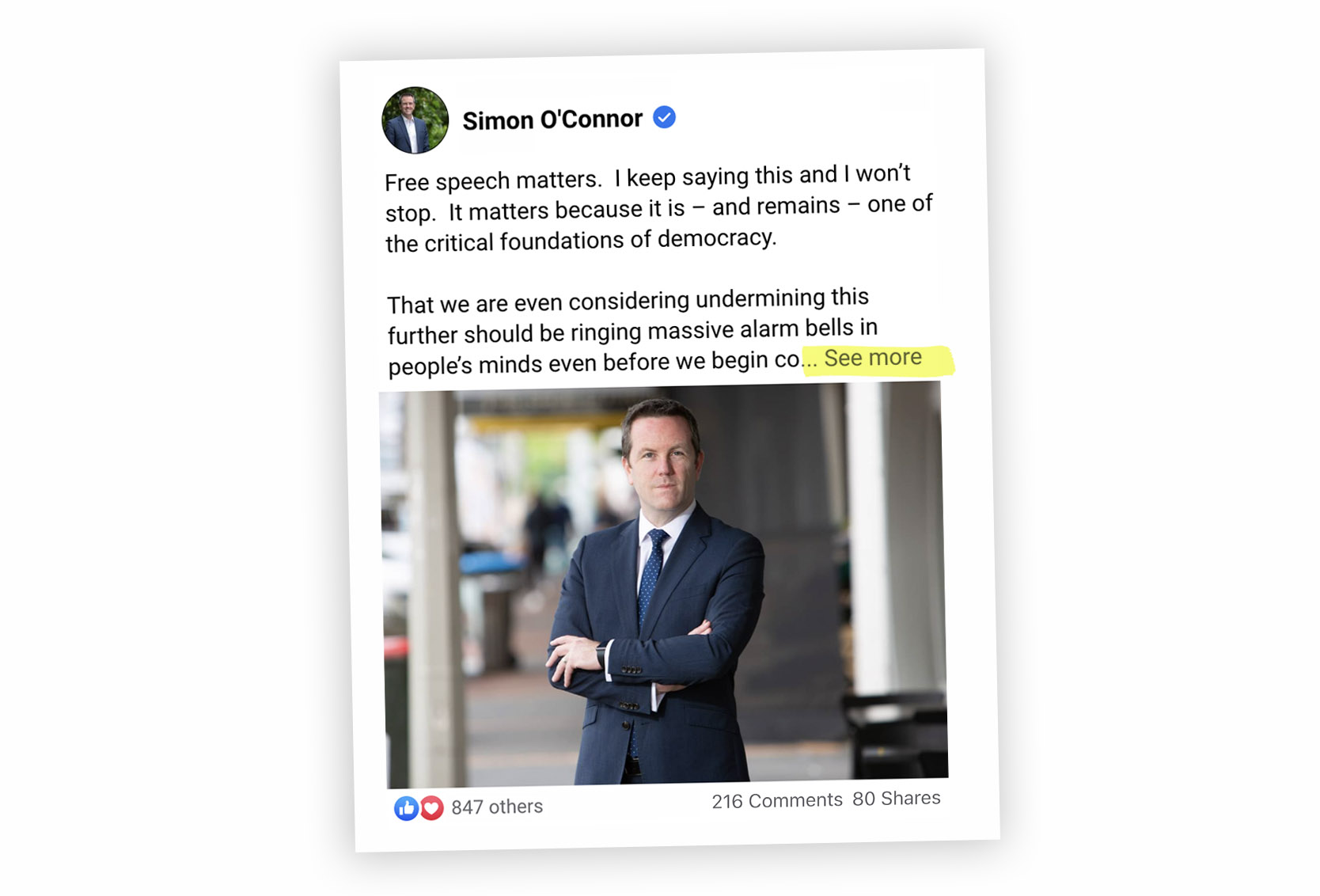 With thanks as always and as I began this latest newsletter, spread the word about what Labour is up to around entrenchment, Three Waters, and our democracy