Already much has happened since my last newsletter a fortnight ago.  As they often say, “a week is a long time in politics” and this aphorism is particularly true when I consider the recent Budget release by the government, as well as the ongoing debate around the He Puapua report.

With the parliament sitting regularly this month, I haven’t had the chance to spend as much time in our electorate as I would have liked. However, a lot happening in Tamaki and I include a few updates on that below. I was also very pleased to host students from Glendowie College in Wellington several days ago, which also served as a welcome reminder of home. 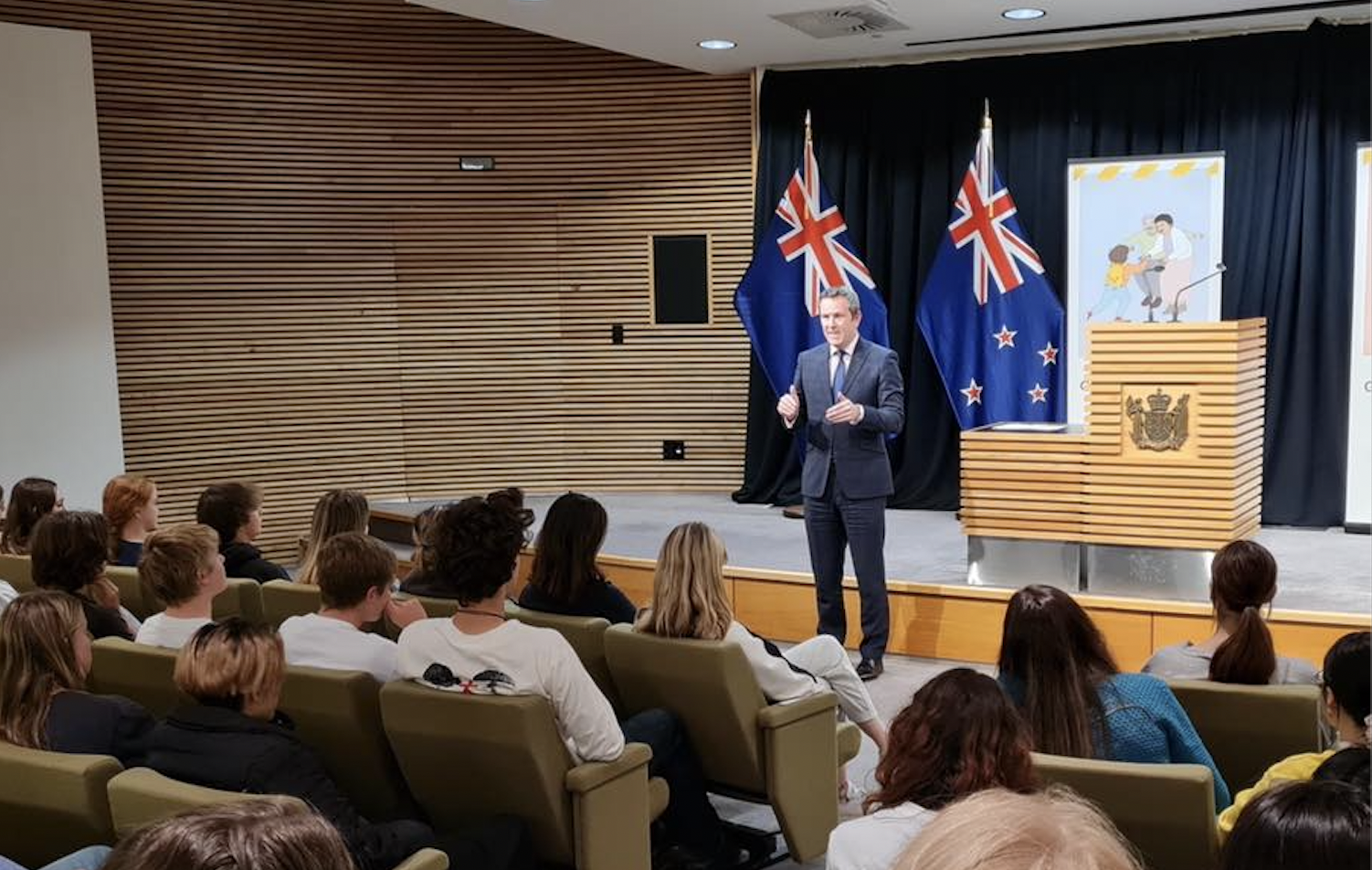 Wonderful to spend some time with Glendowie College students in Parliament

Labour has just delivered its Budget, and it would be fair to say that it is not only disappointing for its lack of any real delivery, but also one that slides New Zealand even further into the red: debt.

While there is much to critique across just about every sector, my observations are at the broader level. Calling it ‘very red’ is deliberate – the budget increases our national debt even more, but also reflects very left-wing, socialist thinking.

The simplest two examples of this is the decision to increase benefits and to fund train manufacturing here in New Zealand. While we absolutely must assist those in need, we have a budget that is effectively borrowing money to pay for benefits, yet has no real spending of note to help grow the economy. This is an unsustainable, short-sighted course of action.  The Budget should have been looking at ways to invest more into business, technology, and research so that we can get our economy back on track, generate more wealth (which will in turn increase the government’s tax take), and consequently invest more money into welfare, health, and education. Labour has just borrowed billions, which will be spent unproductively.

There has also been an expensive nod to the past toward Labour’s union mates, with huge amounts of money being spent on trains, including re-opening train workshops. Unfortunately, there is no way New Zealand can cost-effectively build trains, as compared with China and other countries.

One final reflection on the Budget: We are all are aware that local crime is increasing, and yet Labour has decided to cut police spending by $90 million. Alongside this, gang numbers have now increased to over 8,000 members. It is no exaggeration to say that soon there will be more gang members in this country than police officers. 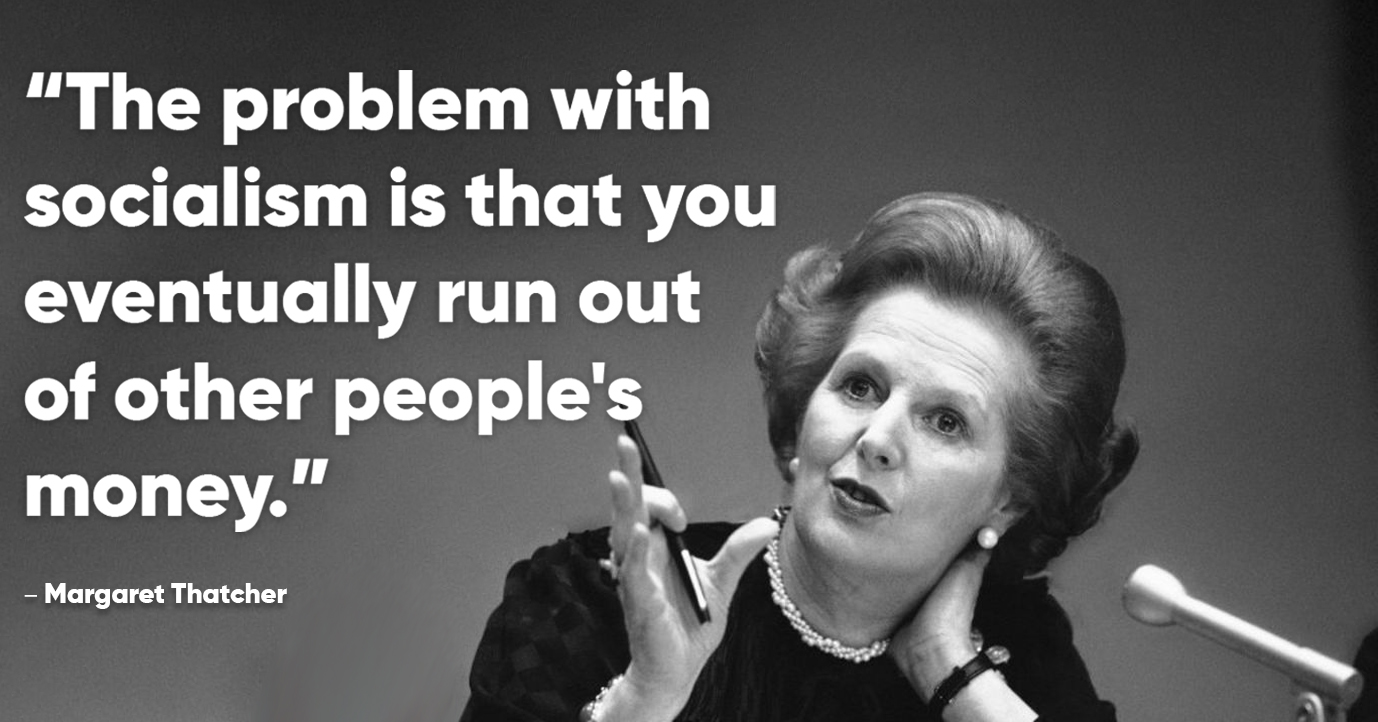 There has been much talk of the He Puapua report and its suggestion that New Zealand needs to adopt a full ‘partnership’ model between Maori and everyone else. The report advocates for separate systems for Maori – be that a new upper house of parliament or a separate health, justice, and education system, amongst others.

Literally, the words ‘He Puapua’ reference the breaks between waves and is being used symbolically to imply the breaking up of some of our traditional systems, notably political and constitutional. This should ring alarm bells. Now, I am amongst the first to support any and all forms of discussion, however, there are two aspects of concern within all of this.

The first is that the Labour government is keen to avoid any discussion on this document. They are prevaricating as much as possible and decrying any discourse as ‘racism’.  As I wrote the other day, “racism” – as a word and concept – has simply become the latest tool for those opposing discussion  As we are seeing in parliament currently, the word is being thrown around to simply shut down debate.

The second is that the groups and individuals calling for radical change often forget how precious our democratic structures and processes are. They have been formed over hundreds of years and should not be simply discarded for the sake of progressive vanity. The idea of “one person, one vote” is critical to any properly functioning democracy, as too the idea that key assets (such as water) are owned by the Crown for all.

It is a sad irony that after the rightful push for equal rights during the 20th century (which have been relatively achieved), the same advocates are now pushing for a new form of separatism.

I should be clear: We do have inequities in New Zealand, and these should be addressed. It is important, however, that we do this together as one people who learn from and support each other.  To create separate systems will inevitably lead to resentment, conflict, and failure. For example, if outcomes for Maori do not improve via the separate health authority, then under this government’s mind-set, the solutions will be to take more from the non-Maori health system. Instead of a health system centred on healing people, it will become a source of contention.

This is not democratic. This is not partnership. Nor is this conducive to civil society. Instead, it is profoundly separatist; it is divisive; and it is the sort of behaviour which undermines a society and the fraternity between people. 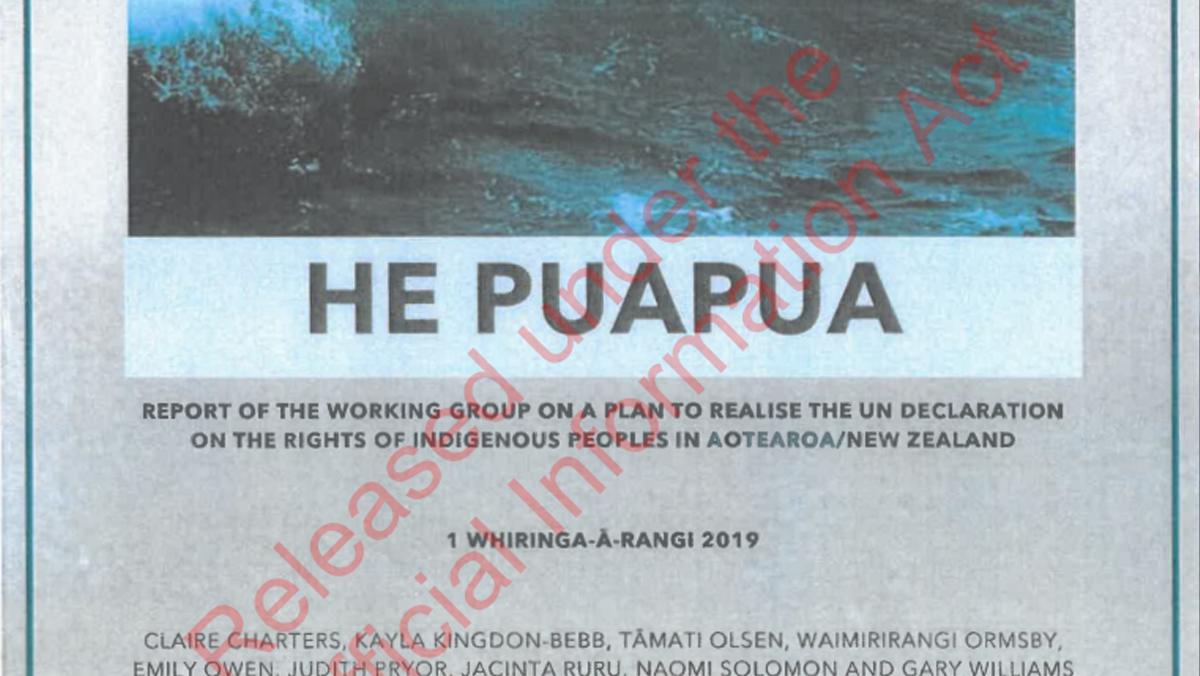 In recent weeks I have been busy calling into question why Immigration New Zealand has allowed a company owned by the Beijing Security Services to be part of processing visas in the Beijing office.  News of this came to me a few months back, from which I immediately flagged my concerns. It doesn’t take much thought to wonder why this feared security arm of the CCP would want its company to be involved in New Zealand visa applications. Worryingly, the request that NZ Immigration switch to a company part-owned by Beijing police came at the request of CCP officials.

I have also been supporting calls by a journalist to have the University of Canterbury release correspondence relating to its attempted censorship of China-expert, Professor Anne-Marie Brady.  She recently co-wrote a paper about foreign interference in our universities and presented this to parliament, but found that senior management at the University challenged her right to do so. Put simply, I feel this is not only a direct attack on academic freedom, but also shows the university’s near wilful blindness when it comes to matters of national security. I have written to the Ombudsman in support of the journalist to have all the correspondence of the university officials released so we can clearly see why they sought to limit Professor Brady’s research.

As you may know, I have now held several public meetings in Tamaki on the topic of crime. My thanks to all the locals who have turned out to discuss their experiences with me, the police, and our local board. One particular upshot has been the forming of the Eastern Bays Community Patrol. This was something we discussed at the first public meeting and I was pleased to facilitate this and engage the team from Community Patrols New Zealand.

If you are interested in joining our community patrol – we are needing as little as 6 hours of volunteer time a month – then check out the Eastern Bays Community Patrol Facebook page, or drop me a line. 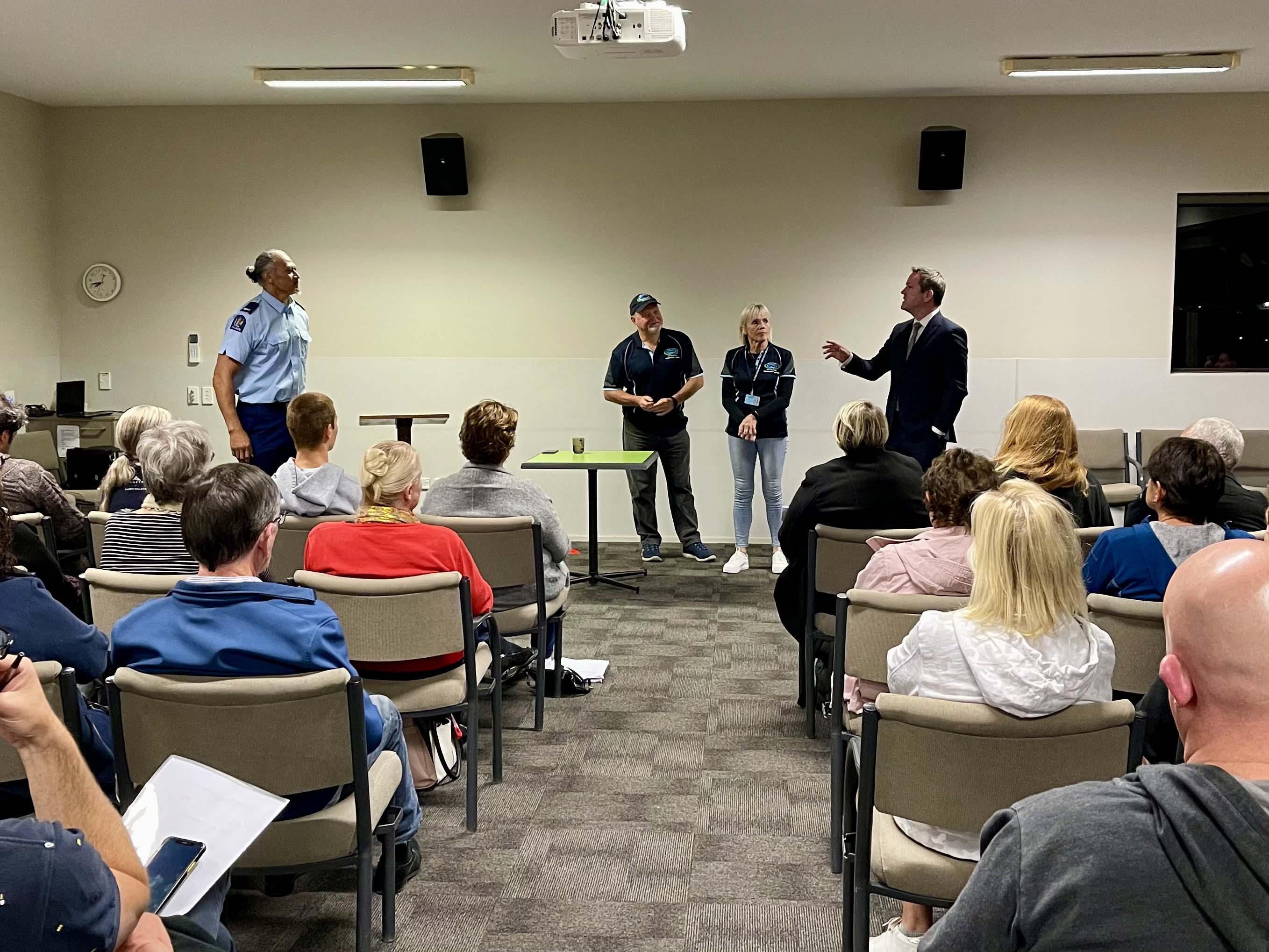 I am also excited to share with you that I have recently launched a podcast. It is called “On Point” and seeks to discuss contemporary issues of the day, as well as bring in guest commentators from both here and overseas. You can listen to On Point here and stay tuned – each week there will be a new episode. 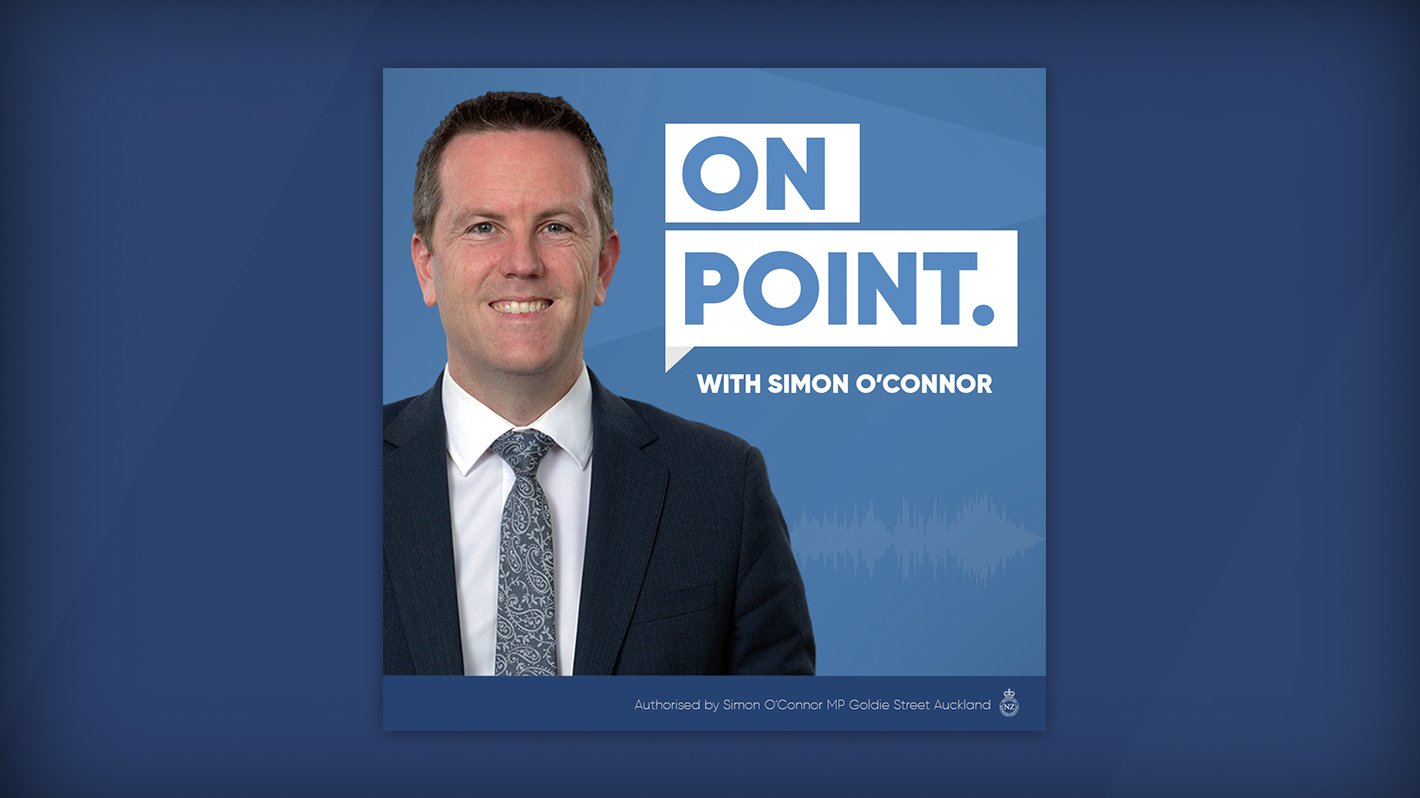 As always, my thanks to you for your continued support and do get in touch if you have any questions or matters you wish to raise.