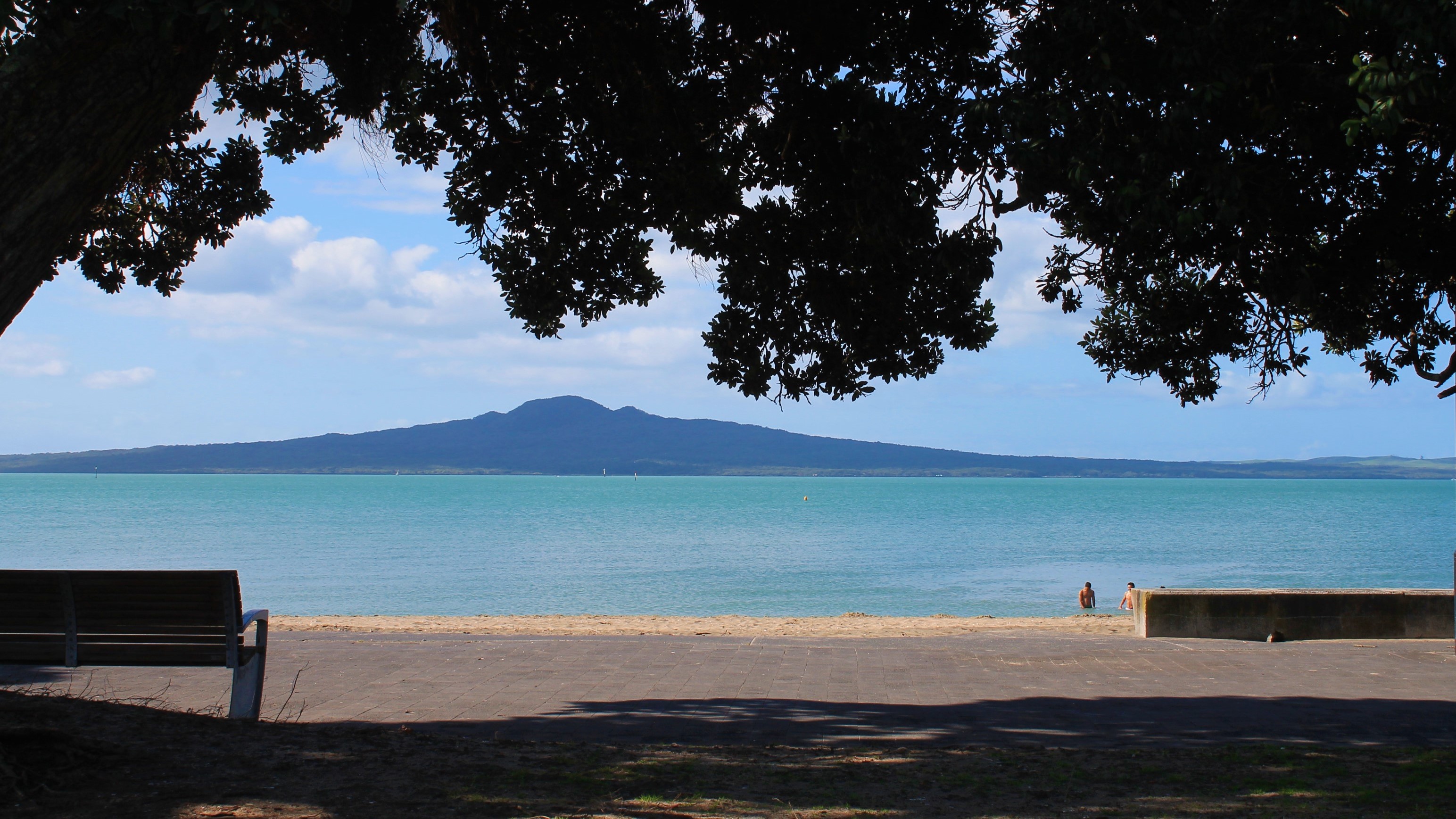 With Parliament well underway, I have been back to splitting my time between Wellington and Auckland. While it has been a busy time, it has also been very interesting, with lots happening in the electorate and in Parliament.

You will have been well informed of the Coronavirus that has been spreading across the globe and recently reached the shores of New Zealand. Some of you have raised your concerns with me and rest assured, it is something National is taking very seriously. The impacts of this virus is far-reaching; as well as the sad fatalities from this disease, it will hurt the economy and as we know, the economy is already struggling under this coalition. The government has been slow to act and has been a step behind throughout the whole process; events such as these call for a timely, organised, and well-communicated response, but it took almost a week for New Zealand to start screening flights. There were also stories of people being left with no option but to quarantine themselves with no advice from the government. It is not surprising—infectious diseases like this have been mishandled by them in the past; we need only think of the recent measles outbreak. 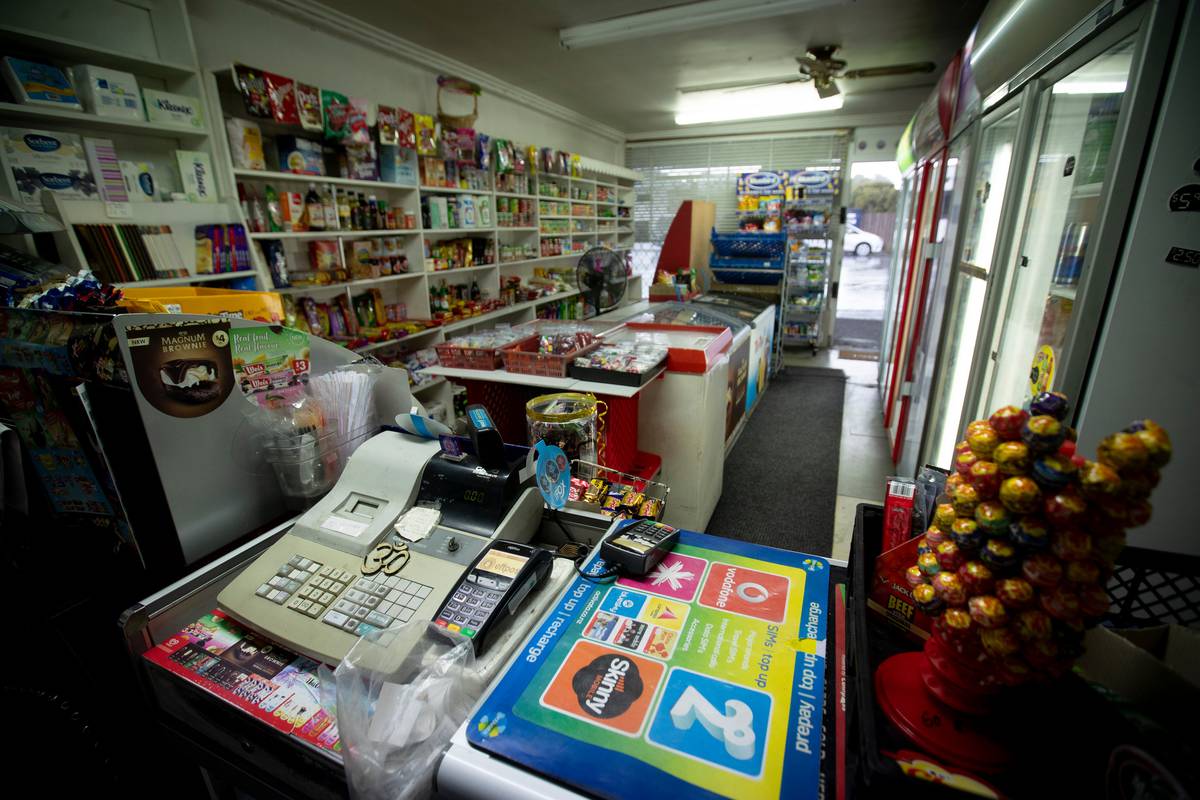 You may have seen in The Herald that the dairy on Long Drive in St Heliers has been robbed three times in as many weeks. It is owned by Heng and Many who are new to our community having only just bought the business a few months ago. That there have been three robberies already is unacceptable. I went in to visit shortly after the most recent burglary and had a good chat with them both. First and foremost, it was a chance to listen to their concerns, but also to understand more of what happened and, to the extent that I could, discuss security responses and how we as a community can support them. If you are passing by, do pop your head in to say hi and offer Heng and Many a warm welcome to the community. 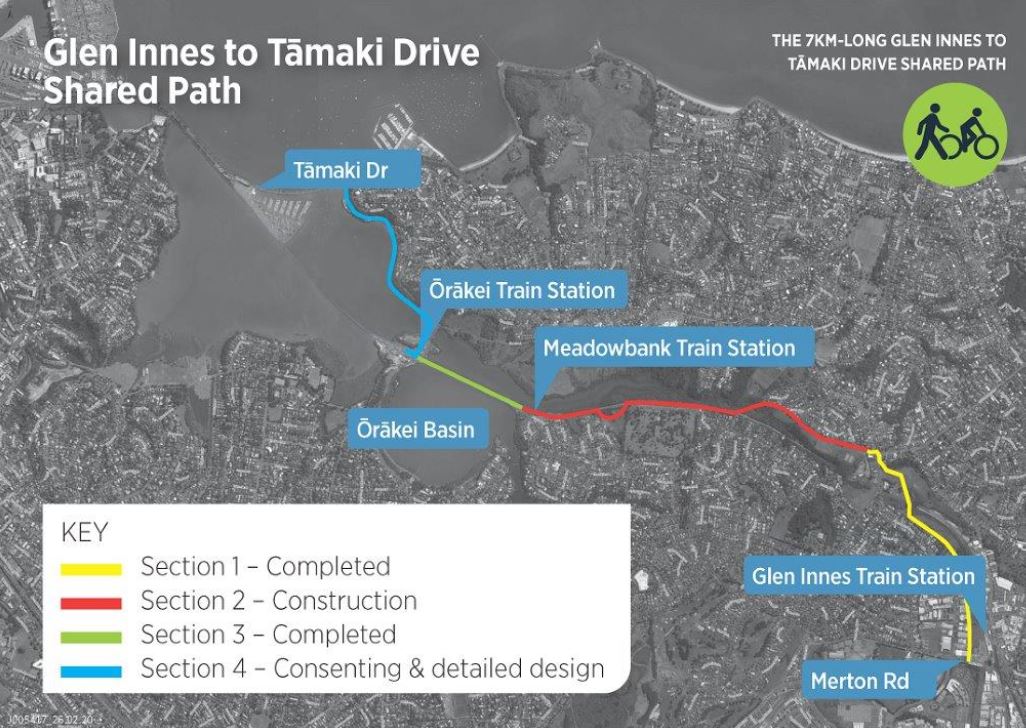 I have some good news for those following the progress of the Glen Innes to Tamaki Drive shared pathway. Councillor Desley Simpson and I found the initial funding to get the project started almost five years ago, so it was great to get confirmation that the final two sections now have the necessary funding. My understanding is that stage two, from St Johns Road to Orakei Basin (through the Pourewa Valley), will begin in a few months. 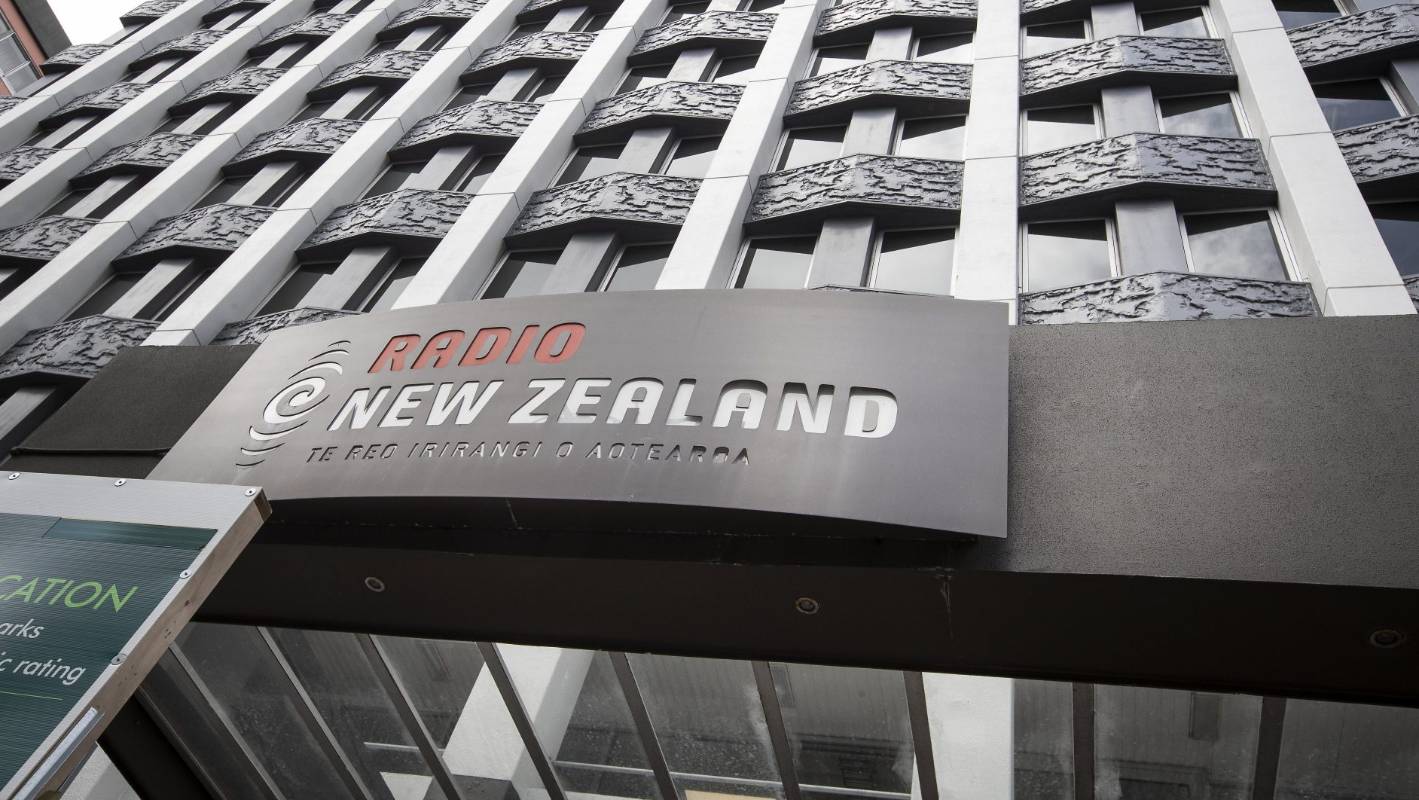 Many of you got in touch with me when Radio New Zealand (RNZ) announced they were going to remove RNZ Concert from their FM frequency. Not only was this to be a big blow to the arts and culture landscape of New Zealand (something that amounted to cultural vandalism), all of the station’s hosts and seventeen jobs were going to be cut and 70,000 regular listeners affected. People were quick to protest and criticise the board’s decision, and rightly so. Thankfully, RNZ backed down after the public whiplash and its Concert station will continue to stay on FM radio—something that I, and thousands of other Kiwis, are very pleased about. My thanks to everyone who messaged me—it helped amplify my own thoughts to Ministers and the government. 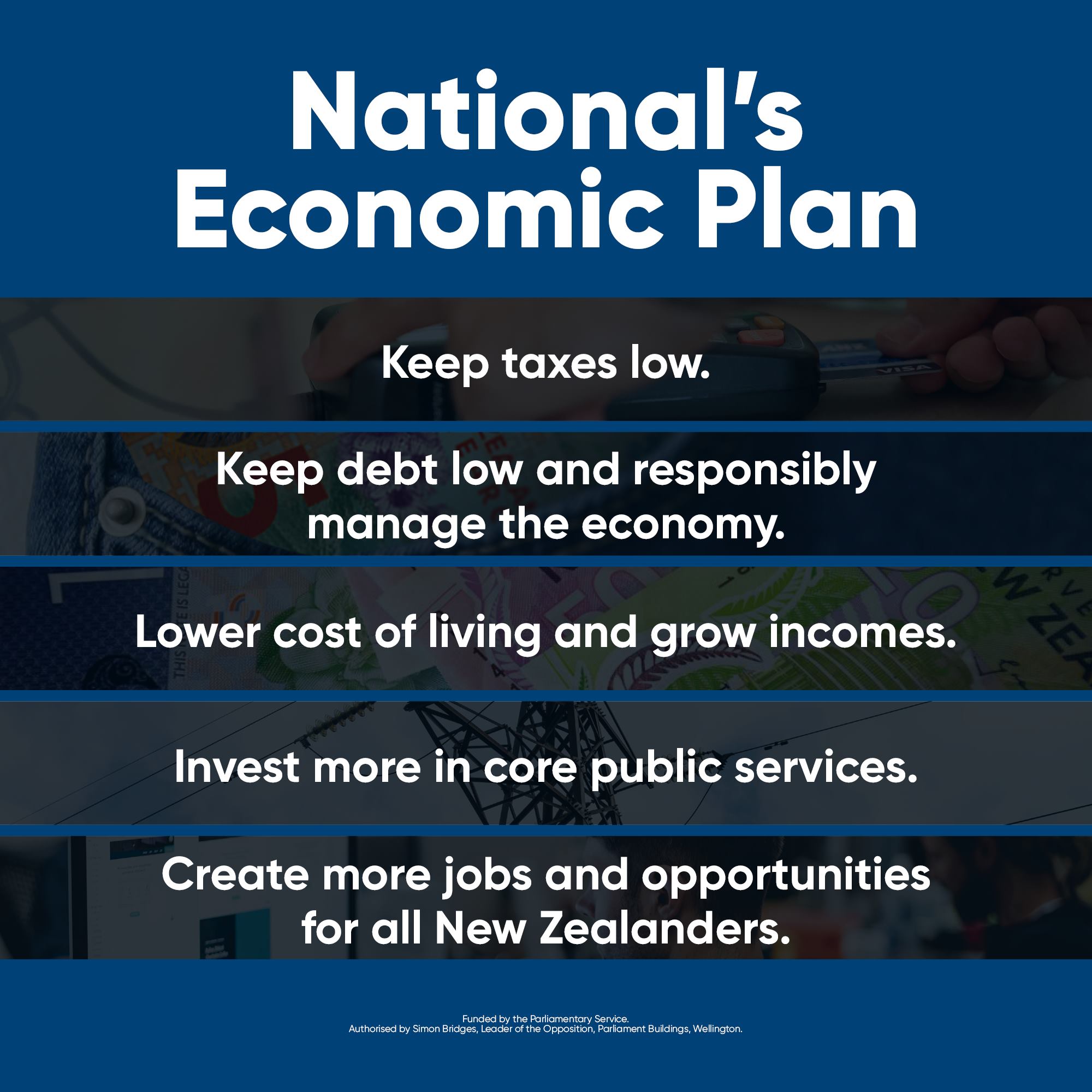 You may have seen National Party leader Simon Bridges recently delivered our economic agenda for 2020. He outlined our vision for how we’ll build the strong economy that Kiwis deserve and deliver more opportunities for New Zealanders. Part of that plan is to keep taxes and cost of living low, invest in more core public services, and manage the economy responsibly. We are not a government that’s all talk. You can read our discussion document on the economy here.

Simon has also introduced a new offence to criminalise the non-disclosure of information relating to child abuse cases. The appalling rates of child abuse in our country is nothing short of horrifying and I am proud to back this new criminalisation, which will result in up to three years imprisonment. National will not stand back and watch while young children are being abused and their basic human rights violated at such a vulnerable age. This is a step in the right direction and a way for us to hold people to account for their participation in child abuse, no matter how passive.

I have been asking a number of questions during Question Time of late around social housing. With the social housing waitlist now at a staggering 14,869 Kiwis waiting for a home (a 36% increase from the same time last year), I took this opportunity to press for more information and hold them to account. They finally and readily admitted, in their own words, what we have been saying for a long time: “Mr Speaker, the waiting lists are increasing. That is an unavoidable fact. And the fact is, we do not have enough houses to accommodate those people."

With unaffordable housing, a ballooning waiting list, and emergency housing grants on the rise, it is clear that things are getting worse under this government. Social housing is a complex area to manage but clearly one they have sadly underestimated. What Labour and 'friends' thought they could solve rapidly is rapidly becoming an increasing burden for them and, as a result, Kiwis are struggling. The promises we have heard from Jacinda Ardern and her colleagues on ‘fixing the housing crisis’ have long faded and become empty, hollow words—something the New Zealand public are realising very quickly.

My colleague Judith Collins and I have also been doing work around holding the government to account over some of their recent house purchases. Housing New Zealand (HNZ) have been out-purchasing private homes from the market, competing directly with the likes of first-home buyers in order to add to their state housing stock. I have also had anecdotal reports of private tenants being moved out once HNZ has bought said homes, which seems rather 'confused' to put it mildly! In my opinion, the government's desperation to announce more 'new homes' is such that new problems are being created and further entrenched. Hopefully, after our questioning of HNZ in select committee last week, this won’t happen again, but they know and we know we will be keeping a close eye on their movements now and in the future.

An Exclusive Event in Tamaki

I am pleased to let you know about an exciting event happening in the electorate. I am hosting a National Party fundraiser in an exclusive Mission Bay residence with a special performance by an incredible international musician, singer, and Celtic harpist - Katie Bridges. Amongst other accolades, Katie has performed for Her Majesty the Queen and at the Edinburgh Festival. This once only event will be on the afternoon of Sunday March 29 and tickets are strictly limited. If you would like to join me for an enjoyable afternoon of music at a stunning location, drop me an email at [email protected] for more details.

As always, drop me a line if you have any thoughts or comments, and I look forward to touching base with you again soon.