There has been so much on over the last month – including loads of media – that this is a longer newsletter than usual.  Fortunately, there is a long weekend ahead.

This last month or so, I have found myself involved with a lot of media coverage across a wide range of topics, including my various portfolios.  Most recently, my work as Corrections Spokesperson made the front page of the Dominion Post – which focused on drawing attention to the ongoing failures by this Labour government in our prisons – and the impact this is having on Corrections Officers and prisoners alike.  Put briefly, there are to few corrections staff and consequently putting them and prisoners at risk.  The article below talks of 800 vacancies, but I can now report, after asking more questions that this number is now closer to 1500 person (both front line and back office). 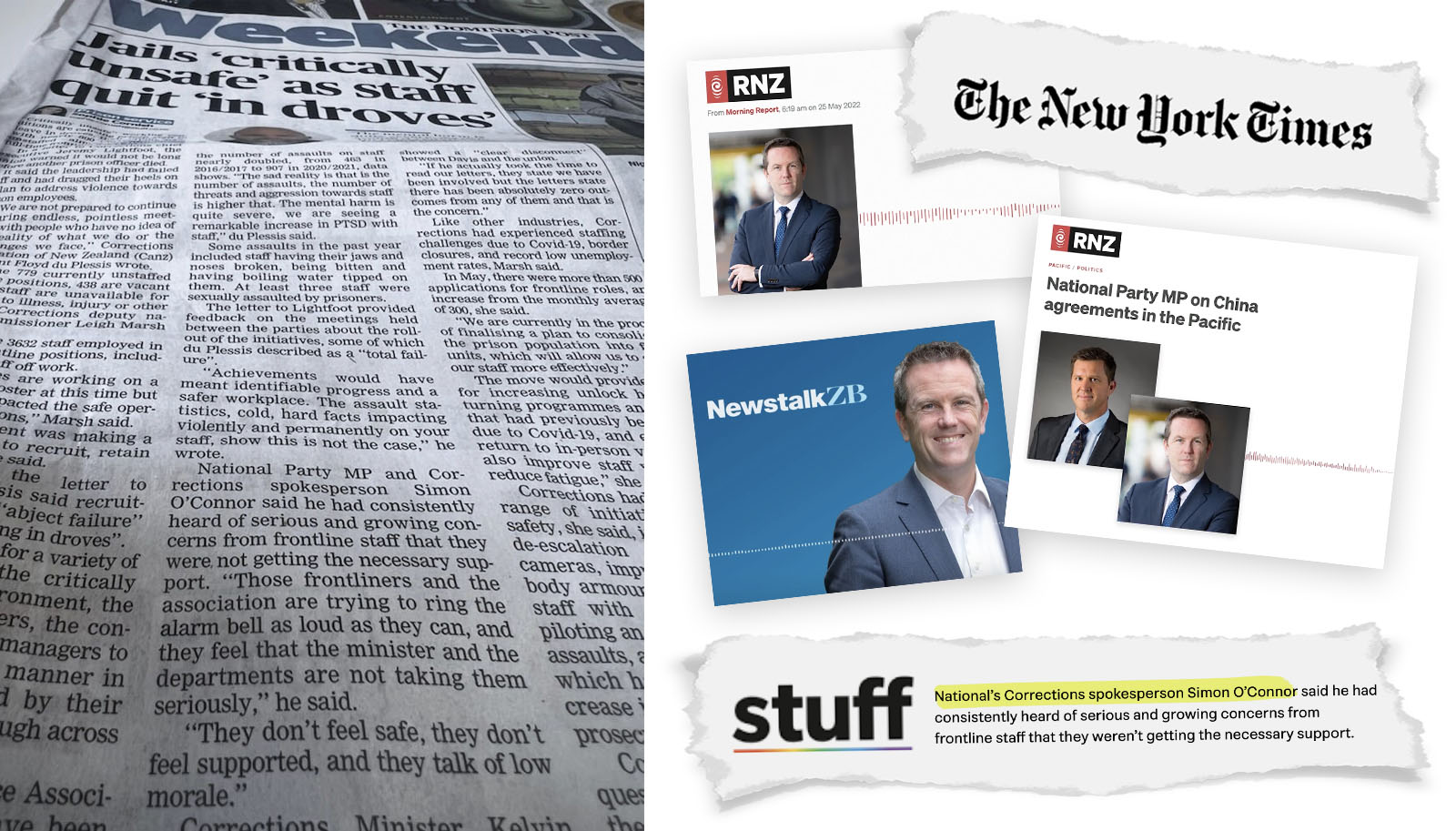 I have also been interviewed by RNZ and Newstalk ZB on other Corrections issues. There is no shortage!  A big focus through these stories has been a notably absent Minister in Kelvin Davis.  At a time when Corrections staff are 'leaving in droves'; prisoner escapes; cases of corruption among staff; and ongoing violence in prisons - the Minister responsible just keeps saying 'everything is fine'.

I have also noted that while Labour celebrates fewer people in prison and suggests our society is safer (I kid you not!), they seem to overlook that perhaps if people were actually in prison we wouldn't have as much crime on the streets.

More Press - this time China in the Pacific

Outside of Corrections, I also made news for my work as the Co-Chair for IPAC around China's activity in the Pacific (an interview with RNZ's Corin Dan)

As you will know, China has been seeking wide-ranging agreements with our Pacific Island neighbours.  In fact, my work with IPAC lead to the leaking of the very draft agreements that China (and likes of the Solomon's Island government) wanted kept secret.  I am pleased to keep drawing attention to this matter - it is ultimately one of New Zealand's (and the Pacific Islands') sovereignty and national security.

You can also find an op-ed I have written about this very topic - see here  I argue that we have to oppose the CCP's expansion on both pragmatic and moral grounds.

I have also found myself published in the New York Times, commenting on New Zealand's constitutional arrangements and the role of the monarchy.

Lastly – a local brought to my attention that I was mentioned on Newshub's The Nation with regards to my social media coverage. This last month I was the third most engaged politician in New Zealand – and also with a very strong National Party presence throughout.  Social media has been a very useful tool for me to get the word out on many key issues, and if you aren't following me on Facebook you can do so here. 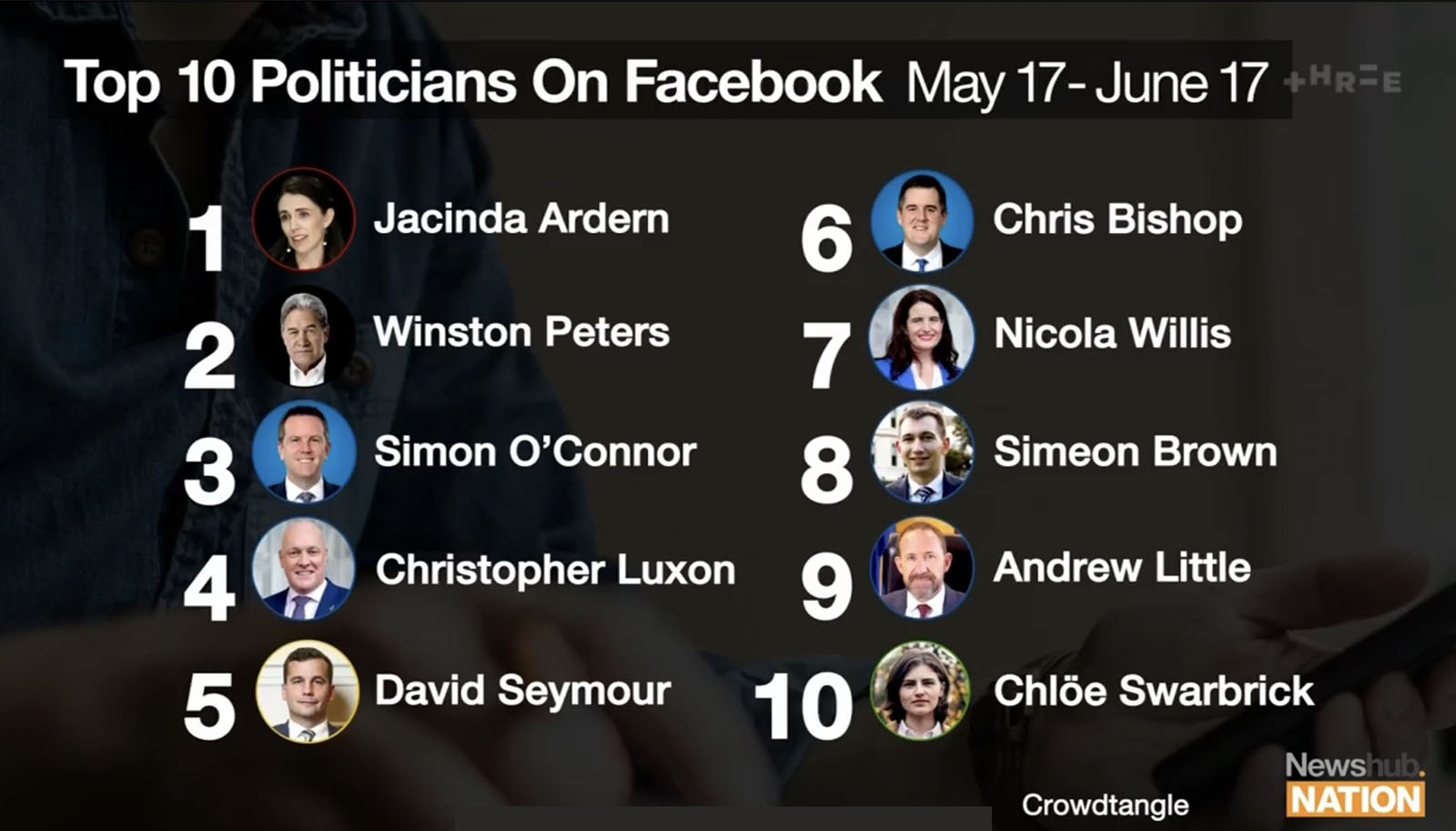 Alongside all of this, I am continuing my podcast and thanks to everyone who is viewing and driving up engagement higher and higher.  My latest podcast was with Ronji Taneilu from the Salvation Army to talk about how we best help those in need in our communities.  We discuss when does the assistance of government help or hinder, and how to we better empower community providers?  You can check out the episode here

Over the last three weeks of parliament sitting, there is much to share, but I thought I would just share one key event - I have placed a Modern Slavery bill into the Member's Bill ballot.  This is a piece of legislation that New Zealand sadly lacks, and if passed would reduce the risk of importing goods linked with child/forced labour.  Put simply - this bill asks large companies to report and assure us (the consumer) that they have sourced their products ethically.  Labour is prevaricating around this, so I am keen we get some legislation onto the books soon. 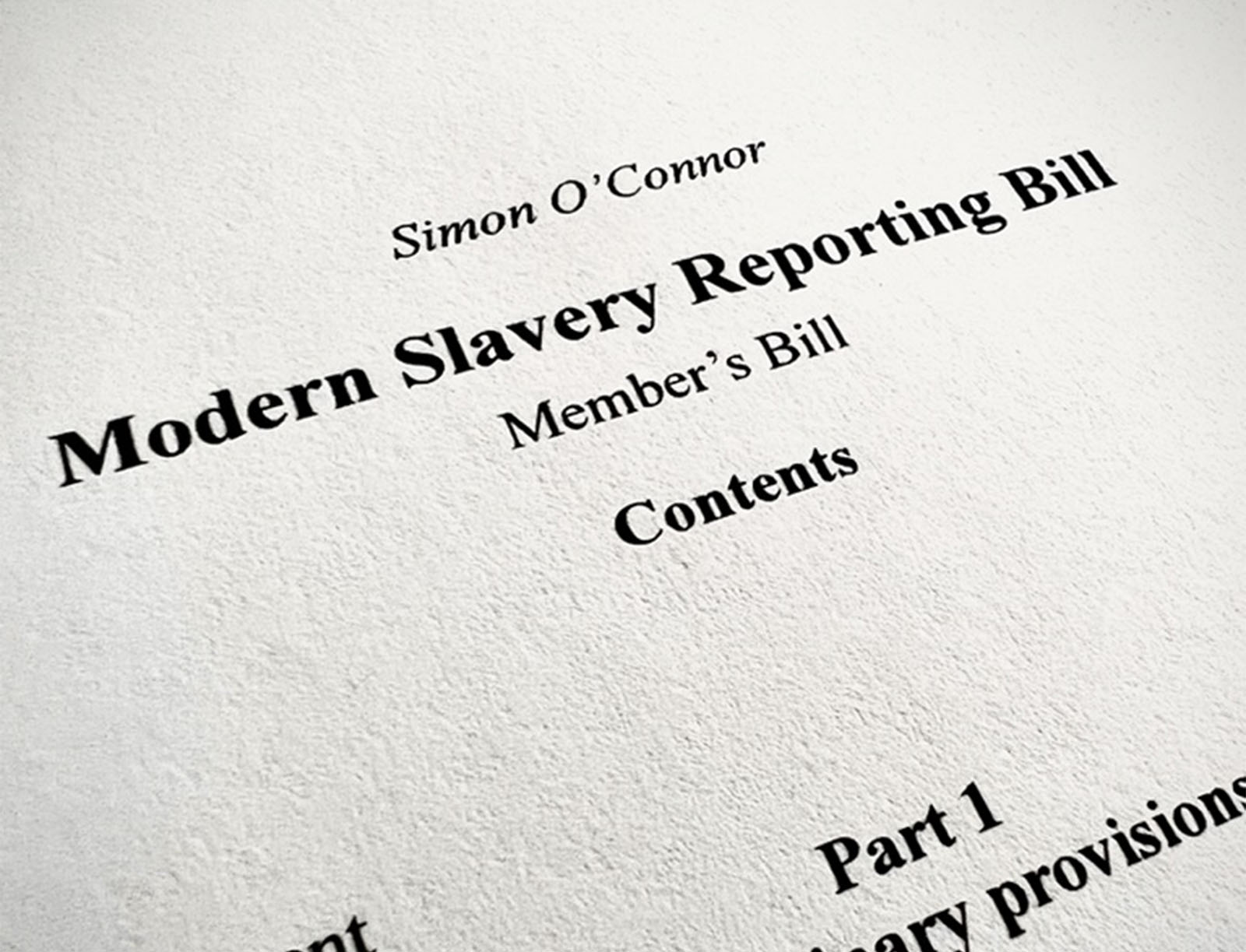 While on the topic of parliament, it would be remiss of me not to mention the outstanding response I have received over a speech in parliament I gave on the topic of freedom of speech.  My speech has been viewed over a million times across various platforms and I have been getting a wave of messages and support from people across the country, and across the world.  Most will be aware of the significance I place on free speech, and the importance of hosting an array of ideas (not just one singular line).  Check it out below and let me know what you think. 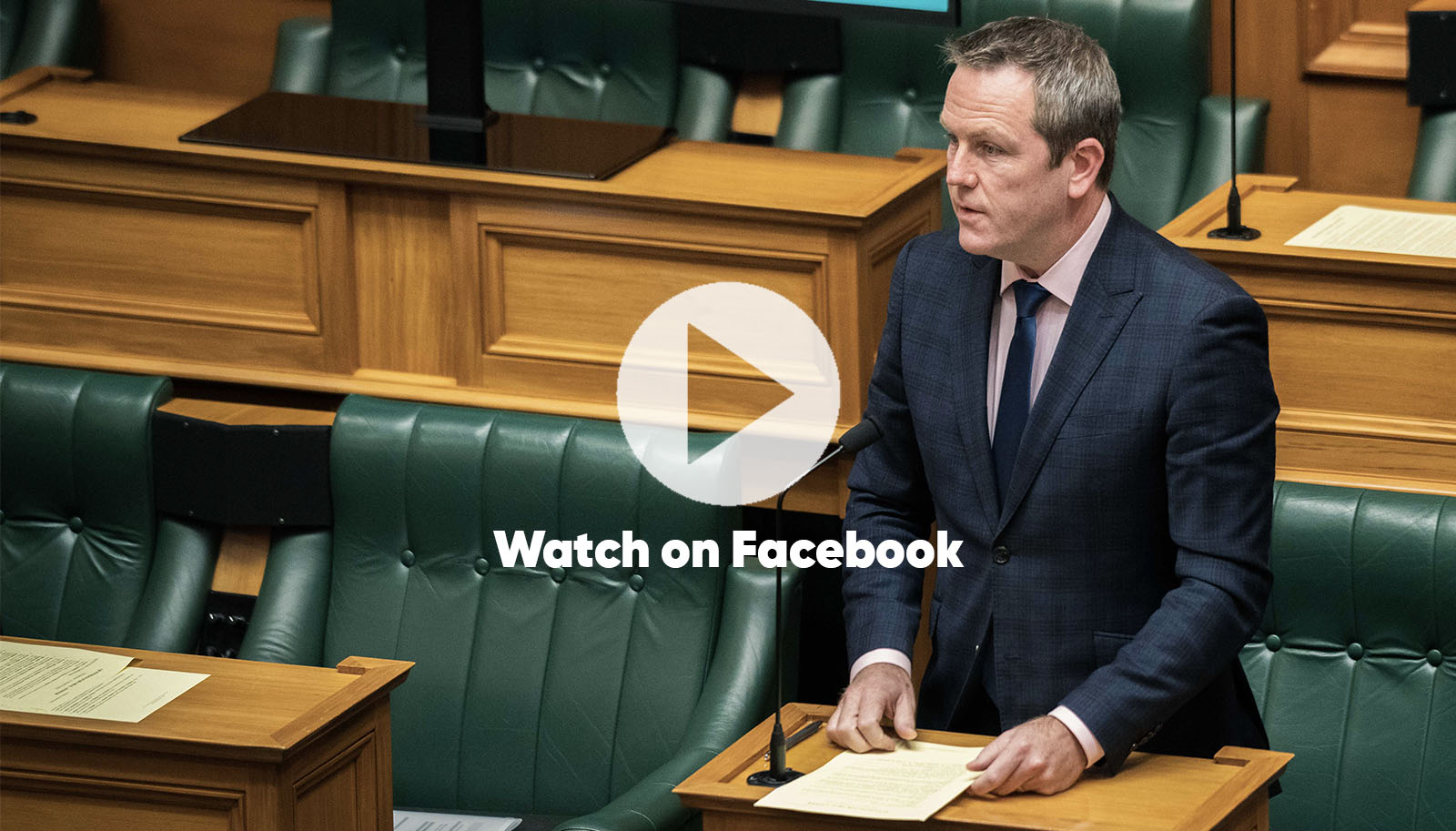 More locally, it was great to touch base with many of you in the few two weeks, whether it be through various local events, meetings in my office, or just passing by on the street. Since the last newsletter, I am proud to share the opening of the second stage of the new Tamaki Drive to Glen Innes Shared Pathway.  As you may know, I worked alongside local Councillor - Desley Simpson -  to get the funds to start the project, so really exciting to see it progressing and so many locals enjoying it. 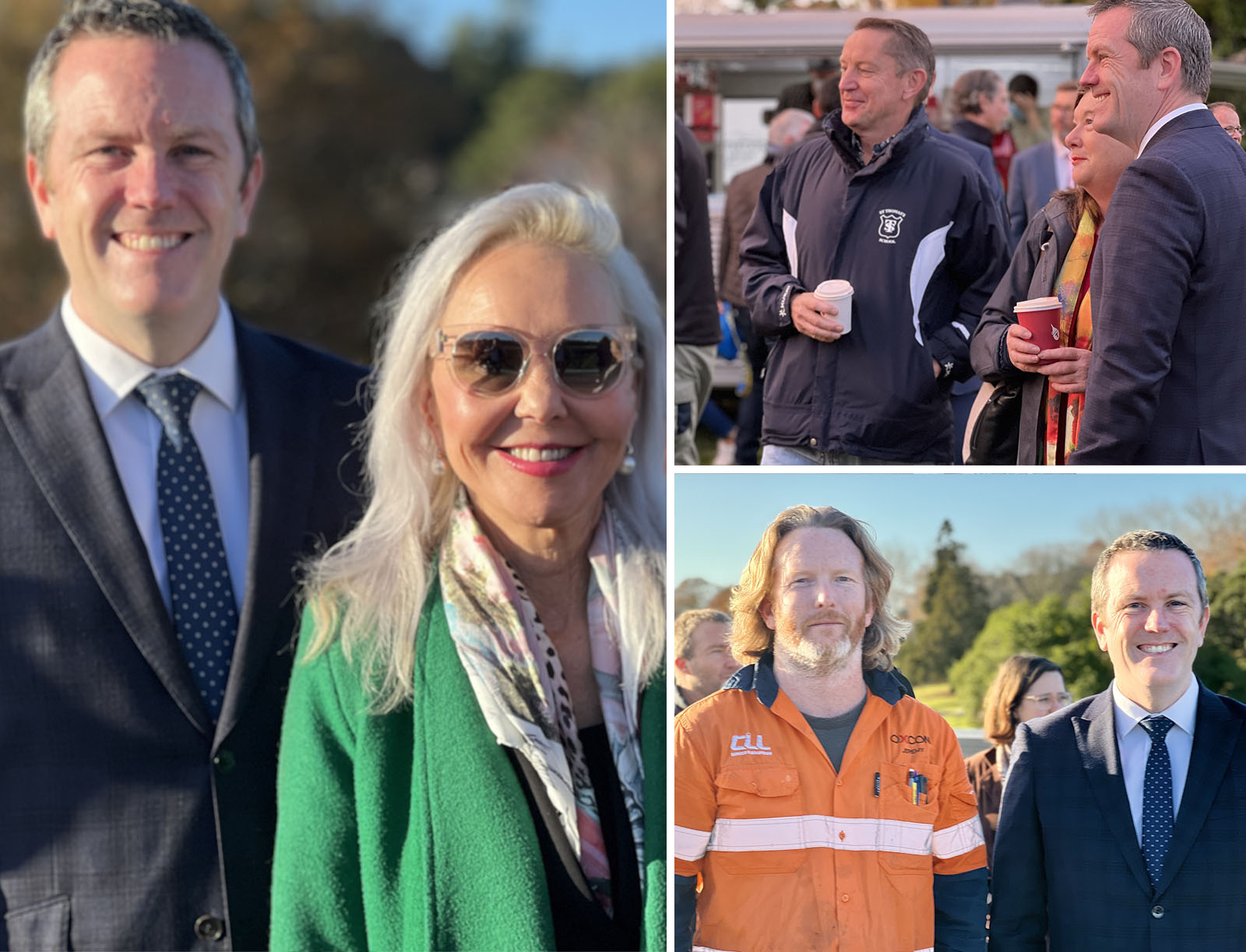 It was also nice to have the team from the Indian Weekender to come into the electorate for an interview on local issues that are affecting our community – including crime, which consistently remains an issue for us all. The full interview can be found here on Facebook.

And only just outside our electorate I enjoyed a visit the new Botany Metlifecare facility with my National colleagues, as well as to be hosted by the team at the Salvation Army for a visit to their Epsom Lodge to hear about the important work they do in supporting those in deep need – including those leaving prison. 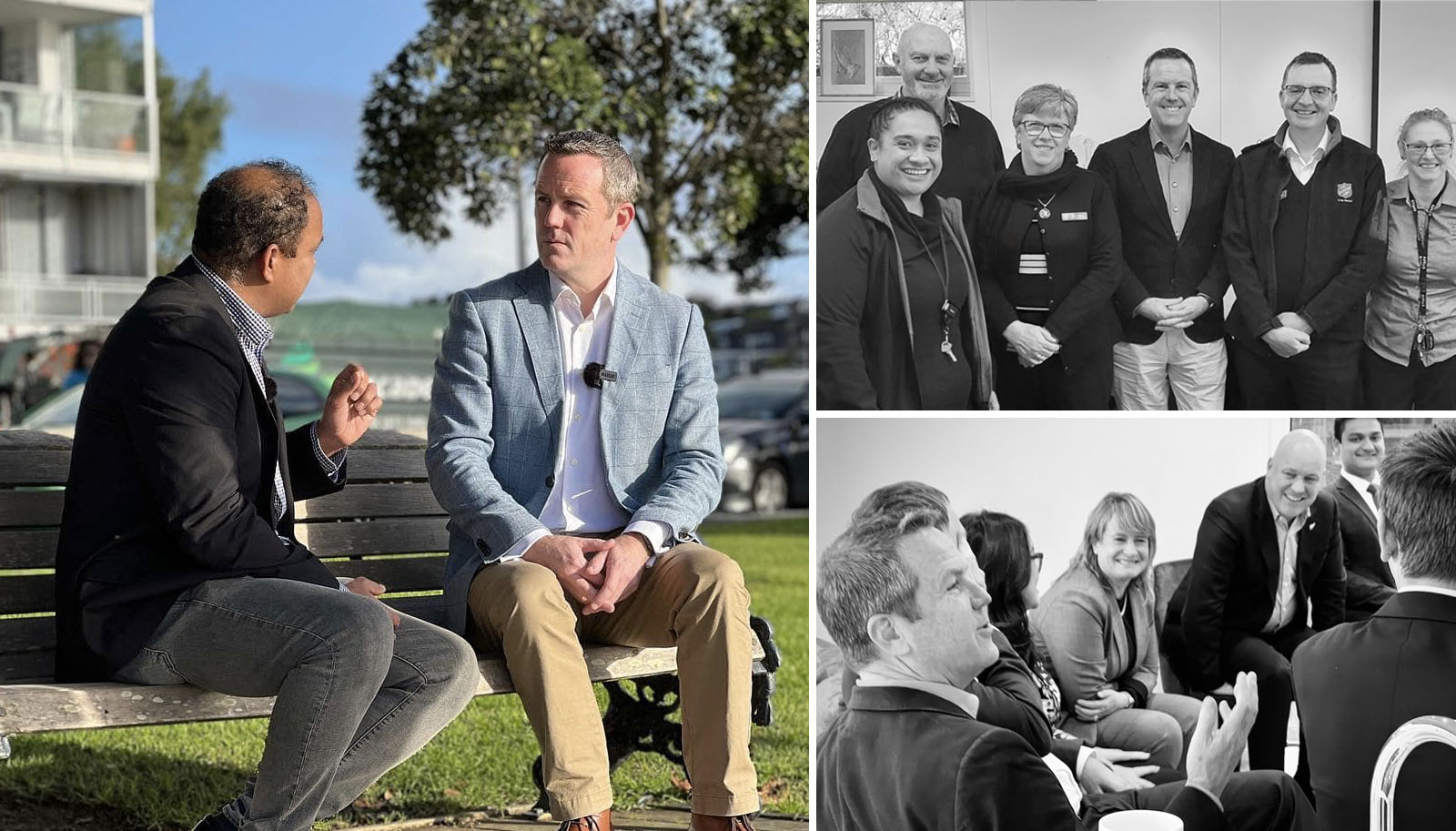 Two really exciting events coming up that I hope to see locals attend.  The first being a National SuperBlues morning tea with myself and special guest Simeon Brown MP for Pakuranga on the morning of 27 June. These morning teas are always an excellent chance to meet like-minded members while hearing about local and national issues of interest.

The second event is a movie night held at the lovely Silky Otter cinema in Orakei on the evening of July 1, hosted by our local National Party Stonefields branch. The movie we have chosen is the new Top Gun film which has captured some outstanding reviews!  Tickets have sold fast, but we have some left.

If you would like to attend either of these events, you can find out more details by calling my office – or emailing me and my team [email protected] 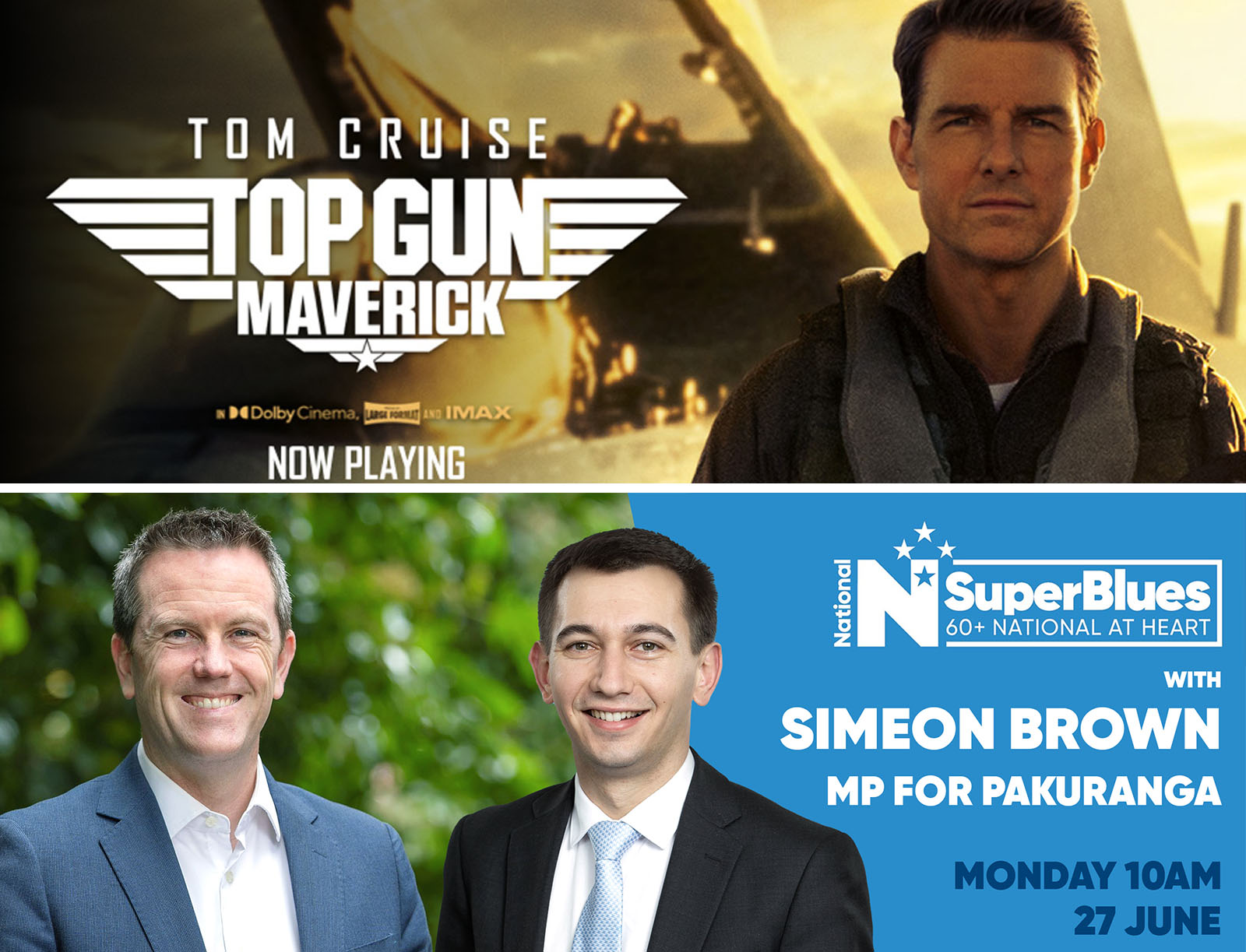