We have just passed the shortest day of the year – and with that, we are going to be closer to spring that not. The seasons of politics continue, with a lot happening here in our electorate and in parliament. One particular highlight has been securing the funds to put CCTV cameras up on Achilles Point and at the St Heliers boat ramp. I will share a little more of this later in the newsletter.

With so much happening in politics, and so many decisions being made by the Government, it can be challenging to step back and understand the over-arching narrative. I would suggest much of what this left-wing government does is about ‘control’.  Whether it is the poor rollout of the COVID vaccines or borders that remain closed to most of the world; the restructuring of the polytechs to one body under Ministerial control; the development of a new - pretty much single - health system run by government and not local communities; interference in the independence of the Reserve Bank, giving the Minister of Finance more say; the re-writing of the history curriculum; and more many more examples – you can see it is all about control.  What we once as a community had a say in, or control of, is being replaced with the heavy hand of government.  Around all of this is, of course, the developing debate around free speech and media freedom. The former will see governments and courts decide what you can say and think. The latter is already in question, with mainstream media relying more and more on government handouts.

It is not a pretty picture.

Coming out of a recess week, I welcomed the chance to be out and about each day in the community. It was also a chance to hold many meetings with locals who understandably wish to highlight issues with me, be it with immigration or Housing New Zealand, raising questions about transport, or simply wanting to share feedback on their perspectives on local and political matters.

As you may recall, I have been actively working with residents in and around Achilles Point to have CCTV cameras installed. The Point is unfortunately an area that attracts both disorderly behaviour and crime. Working with a CCTV designer, I now have some plans sorted and our Local Board have the funds necessary to install the cameras,  which is great news. My thanks to the team at the Local Board for their support and, of course, the locals for their support. Our final challenge is getting the specialists needed to do the install, and while I don’t have a timeframe at this stage, I can confirm there will be multiple cameras installed, including one at the St Heliers boat ramp. 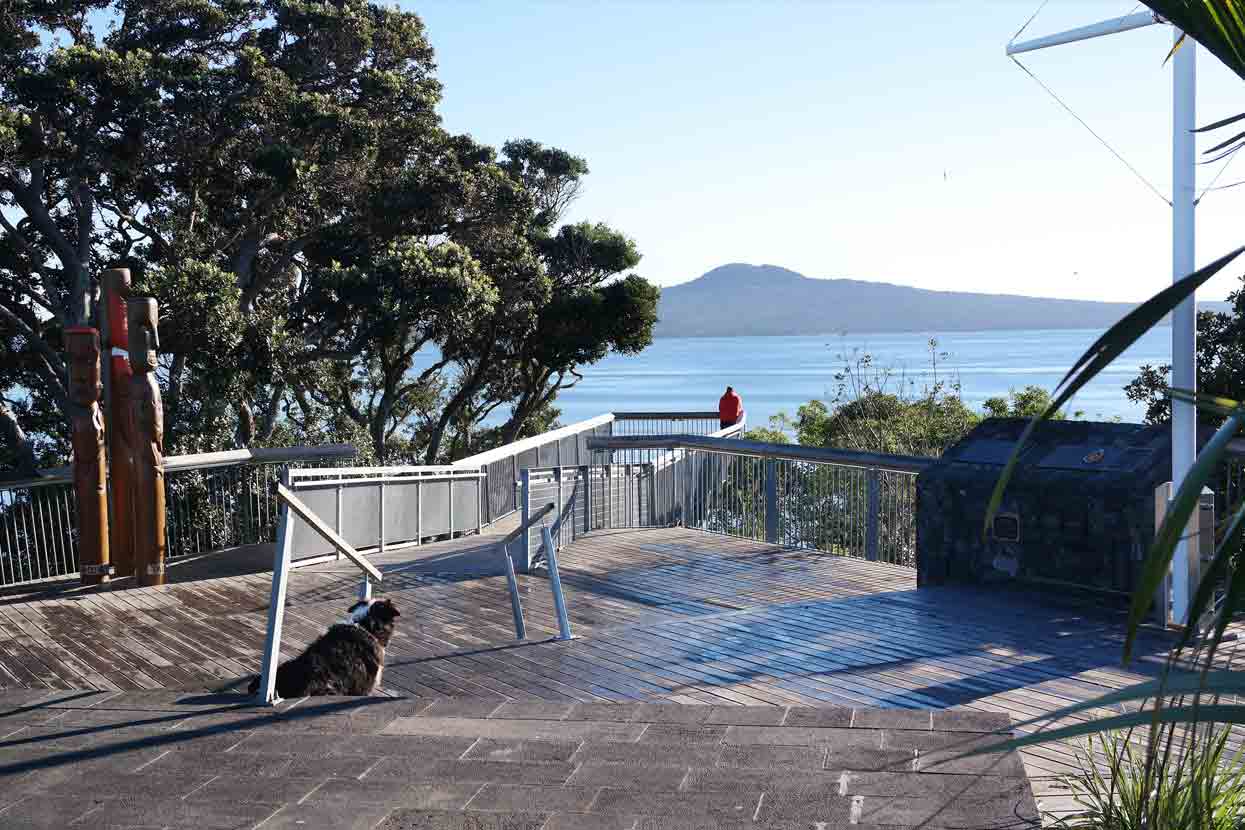 Many of you have been in touch expressing concern with regards to the Housing NZ/Kainga Ora Developments across our electorate – particularly in Glendowie and Orakei. I am organising a public meeting, similar to the one I was involved with in Orakei, to give Glendowie locals an opportunity to talk with Kainga Ora. I will keep you informed of when this will be.

While we need more houses, including social housing, the question becomes how to best develop these in our local communities. This is where our local voice comes in. Already, people have raised issues of height, parking, infrastructure, access to schooling and public transport, and so on. All of these are good points to raise and discuss, and again, it is my hope that the public meeting will assist in hammering out all of these details and more.

A reminder about our emerging Eastern Bays Community Patrol. Formed off the back of public meetings I held around crime in our community, the patrol is a way of contributing to our security in the community. For those who wish to volunteer, it only entails around 6 hours a month and is also a great way to meet other locals. More information can be found on the official Eastern Bays Community Patrol Facebook page. To join the page, simply answer a couple of quick questions to confirm you are local. Naturally, feel free to contact me directly too. 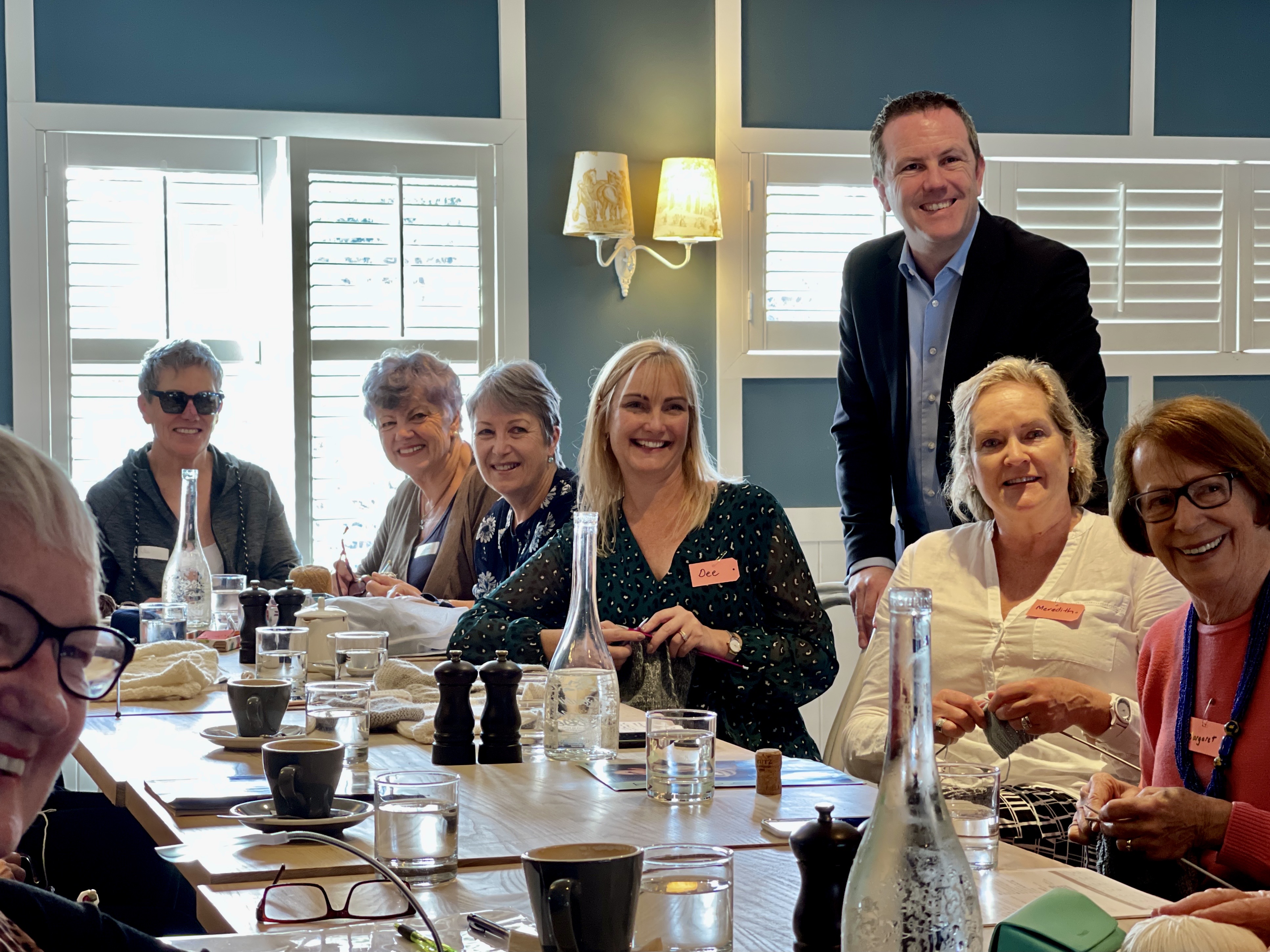 Quick catch up with the Knit & Natter team in St Heliers (While I did not do much knitting, as a politician I'm sure I did enough nattering).

Although the parliament was not sitting last week, the Government had still been showing a confused set of priorities.

The Government’s announcement of a new Auckland Harbour Cycle bridge has raised more than a few eyebrows; it is clear that the cost of this project far outweighs the benefits. In fact, it is hard to reconcile the huge spend on this project considering that the Labour Government have claimed they can’t find the money to increase the pay of the likes of nurses and midwives.

For me, the solution is simply – start the second harbour crossing.  The $850+ million would be better put towards starting this project which will benefit everyone from cyclists to walkers, car drivers to those using public transport.

It seems that in a bid to further punish the bulk of road users, the Labour Government have also announced subsidies for EVs. This subsidy will be accompanied by a tax on petrol vehicles.

Put simply, tradies and other workers, alongside those unable to afford EVs, will be paying more for their vehicles so as to subsidise those of means who are able to buy an EV. Why should farmers be taxed more to purchase a work vehicle (a ute, for example) when an electric alternative does not exist? Your guess is as good as mine and shows, again, a government more interested in controlling your choices.

Our position on this is clear: National will repeal Labour’s Car Tax. 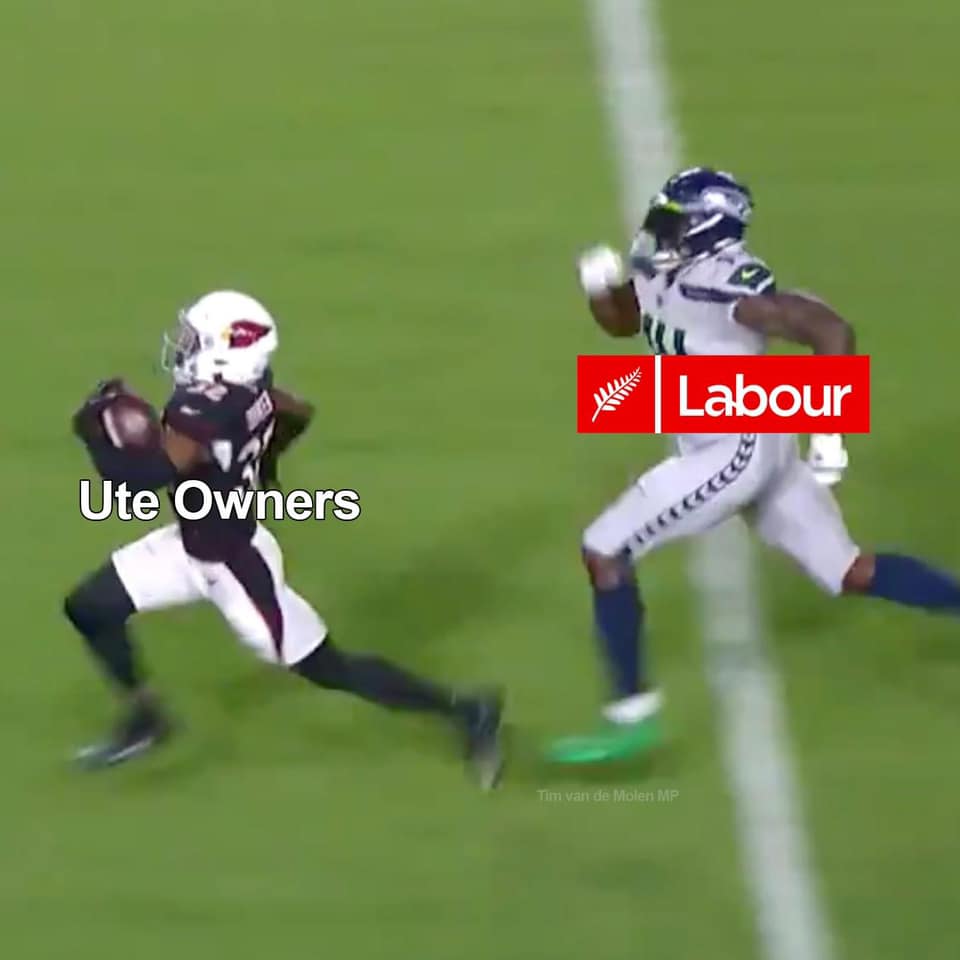 Earlier in the month, I joined Hong Kongers (and many others) in a global protest against the destruction of democracy in Hong Kong, as well as to remind people of the huge protests two years ago that were subsequently stamped out. The demonstration itself was a show of solidarity, and I was incredibly fortunate to have the opportunity to speak and to engage with so many of the community here in Auckland. As I write, the CCP authorities in Hong Kong are arresting journalists and I would suggest this signals the beginning of the end for free media there.

You might remember me raising the issue that New Zealand provides over a million dollars a year to a UN group that has effectively used some of this money to produce violent and anti-Semitic material for schoolchildren. A new leaked report from the Georg Eckert Institute for International Textbook Research has been a worrying to read; these books present, according to the independently commissioned report, an “ambivalent – sometimes hostile – attitudes towards Jews and the characteristics they attribute to the Jewish people.... Frequent use of negative attributions in relation to the Jewish people... suggest a conscious perpetuation of anti-Jewish prejudice, especially when embedded in the current political context.”

As mentioned, I had raised this with our Ministry of Foreign Affairs; now that this report has been leaked (and its contents rather damning), I'm keen to know what New Zealand’s response will be – surely in the form of withdrawing any future funding. 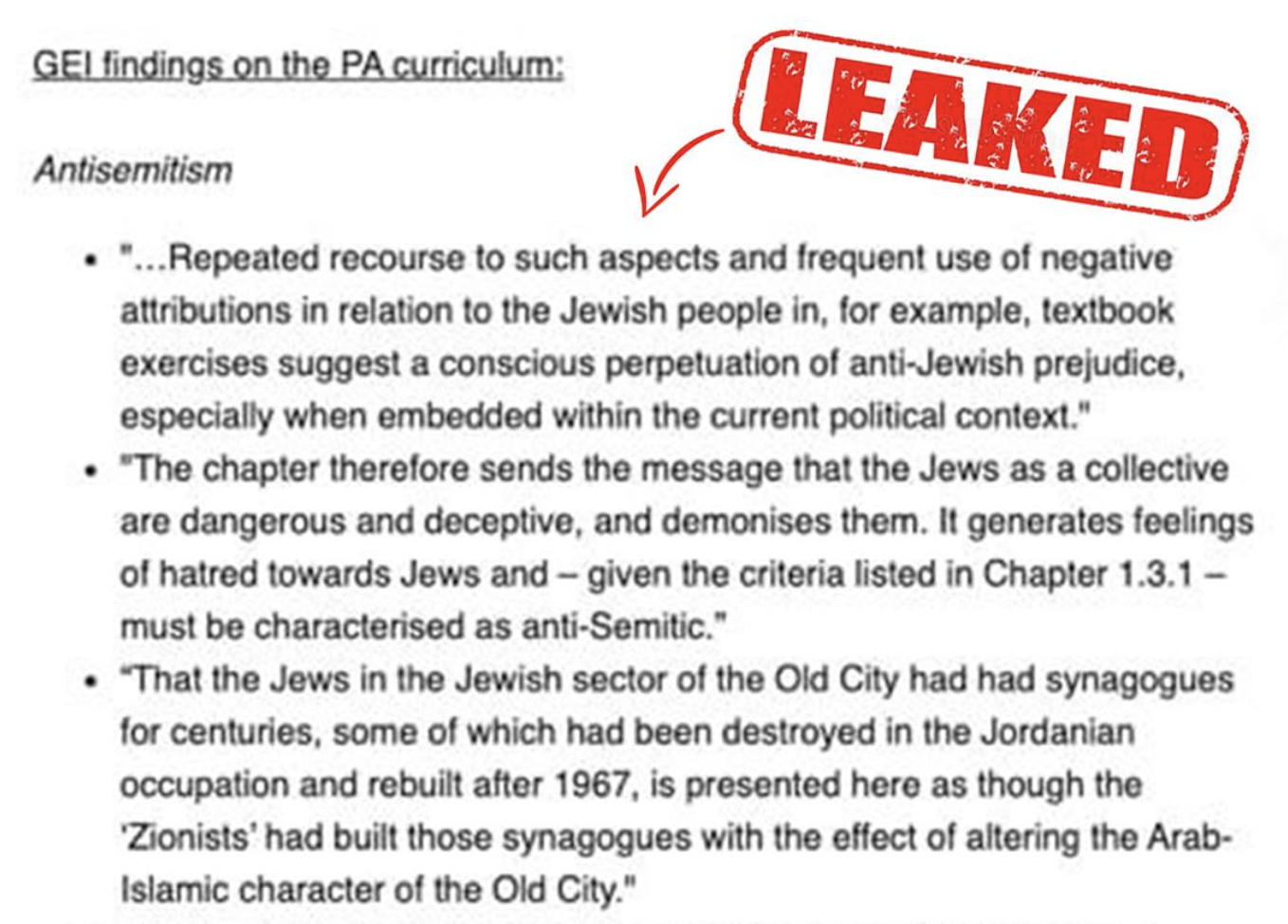 I’m getting some great feedback on the two latest episodes of On Point. At the start of the month, I had a meeting with my colleague, Tom Tugendhat MP – Chair of the UK Foreign Affairs Trade Committee.  Tom and I engaged in a number of issues around foreign policy – from the CCP to Russia, and from climate change, to COVID-19.  Big topics made for some big discussion.

My most recent episode of On Point features Bill Browder, renowned businessman and author of the book Red Notice, and once described as Vladimir Putin’s number one public enemy. If you’re interested in international intrigue, corruption, and how the good guys can fight back, you can listen here and learn the dramatic story of how the Magnitsky movement came to be. 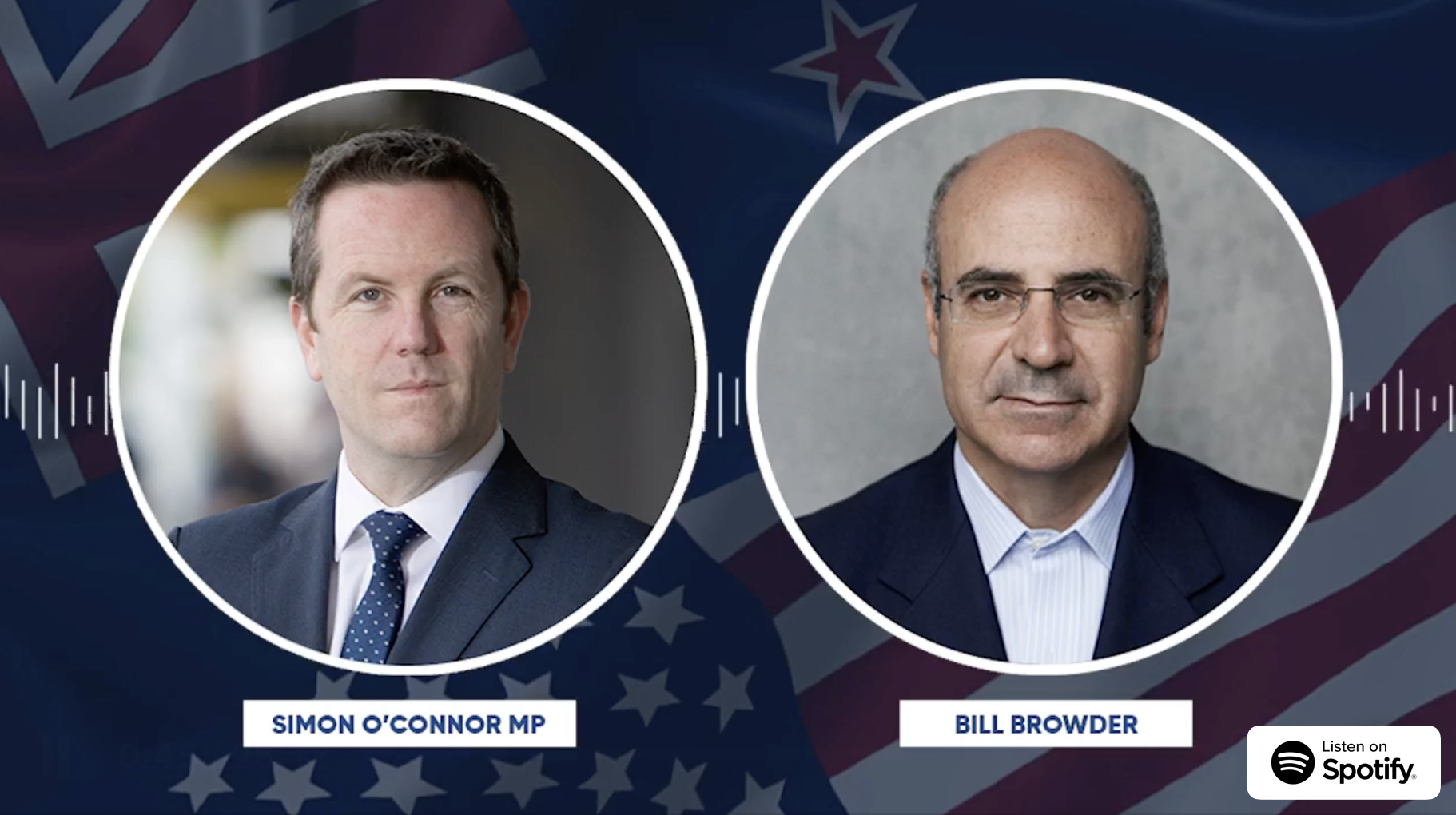 Our next SuperBlues morning tea is on Friday 2 July, 10am.  Our guest will be Melissa Lee MP.  She is always a great speaker and is our Party’s spokesperson for Broadcasting & Media, Digital Economics and Communications, and Ethnic Communities.

SuperBlues is primarily for those over 60 years of age, but all are welcome. If you are keen to come along, drop me a line for details.

I am excited to let you know that Simon Bridges MP will be joining us on the evening of Friday 27 August, right here in Tamaki, as he continues launching his new book.  This will be an enjoyable fundraiser for our electorate; a chance to chat with Simon; and even have your copy of his booked signed.  So save the date and we will get you more details in the coming weeks.

If you have any feedback or ideas on who you would like to see on my podcast, I would welcome your insight. You can send me an email.

With thanks as always