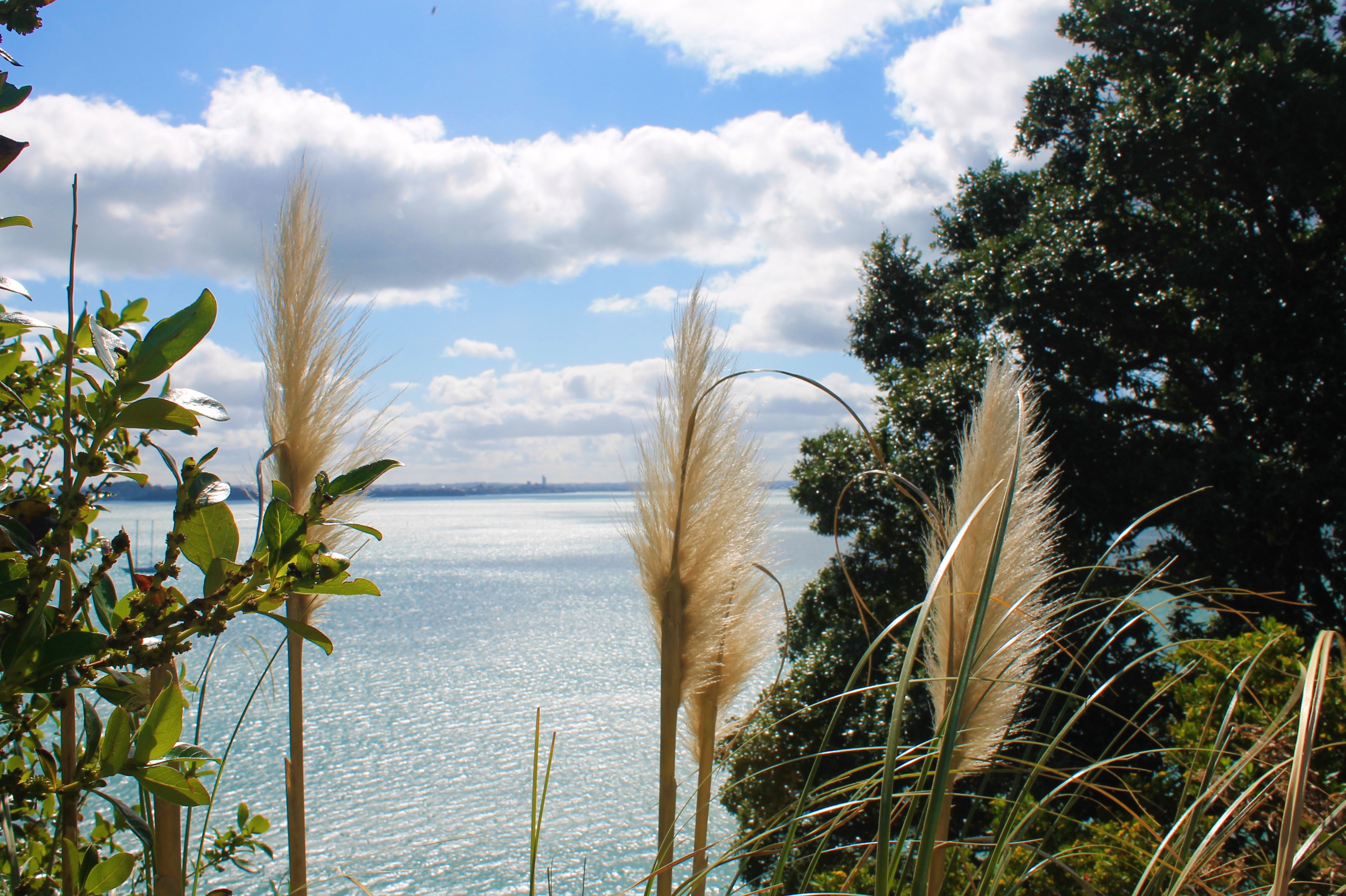 As I write, the parliament is once again in Urgency – that is, the government has the House sitting from 9am until midnight each day to rush through a large number of bills. It is quite extraordinary to have government MPs literally taking five-second calls on important legislation, including a complete overhaul of how the public service works. Instead of debating, they are ramming legislation through. I cannot help but think it is rather symbolic of how this government is working overall.

This is also illustrated by – in what can only be described as gross incompetence – the lack of government responsibility that has allowed Coronavirus back into New Zealand. I have noted, over a number of weeks, that our border is our first line of defence. The government, however, has completely neglected this, allowing people in without proper testing; not managing the isolation facilities and allowing people to wander about freely; and then worst of all, allowing people to leave without being tested. Every new case of Coronavirus in New Zealand is directly down to a complete and utter failure by the government.

Fortunately, there has been a number of positive events happening around the electorate, so I look forward to sharing these with you as well.

The killing of Constable Matthew Hunt over a week ago was a terrible moment not only for his family and police but for our community as a whole. Our police do an incredible job every day, often protecting some of the very people who decry their work. Each officer deserves to return home to their family. Coming from a police family myself, I want to say a heartfelt thank you to every officer who dons a uniform and goes out every day and night to protect us. We owe them our complete gratitude and support.

Rumours have resurfaced that the government is looking to use taxpayer monies to ‘solve’ the land occupation by activists at Ihumatao. Let me be very clear – not one dollar of taxpayer money should be spent here. This is private land and any issues are between the activists, iwi, and the private landowner. The moment the Crown gets involved, the whole Treaty process is being undermined.

Along with everything else going on, we also have a small but vocal group of activists – aided by many in our media – demanding we destroy our history.  Even worse, this group seems determined to import issues from other countries – issues that seek to divide and facilitate violence, not heal and provoke discussion.

The call for which statues should be removed is already arbitrary yet in my view, simply tearing statues down or renaming streets is not the right way to go about things. We should always be open to discussing our history but part of that is remembering the very makers of that history. It is worth drawing attention to something that the great author C.S. Lewis calls ‘chronological snobbery’ – that is, judging our ancestors who erected these statues with an air of moral superiority, and the value in being aware of the context in which the statues were erected. 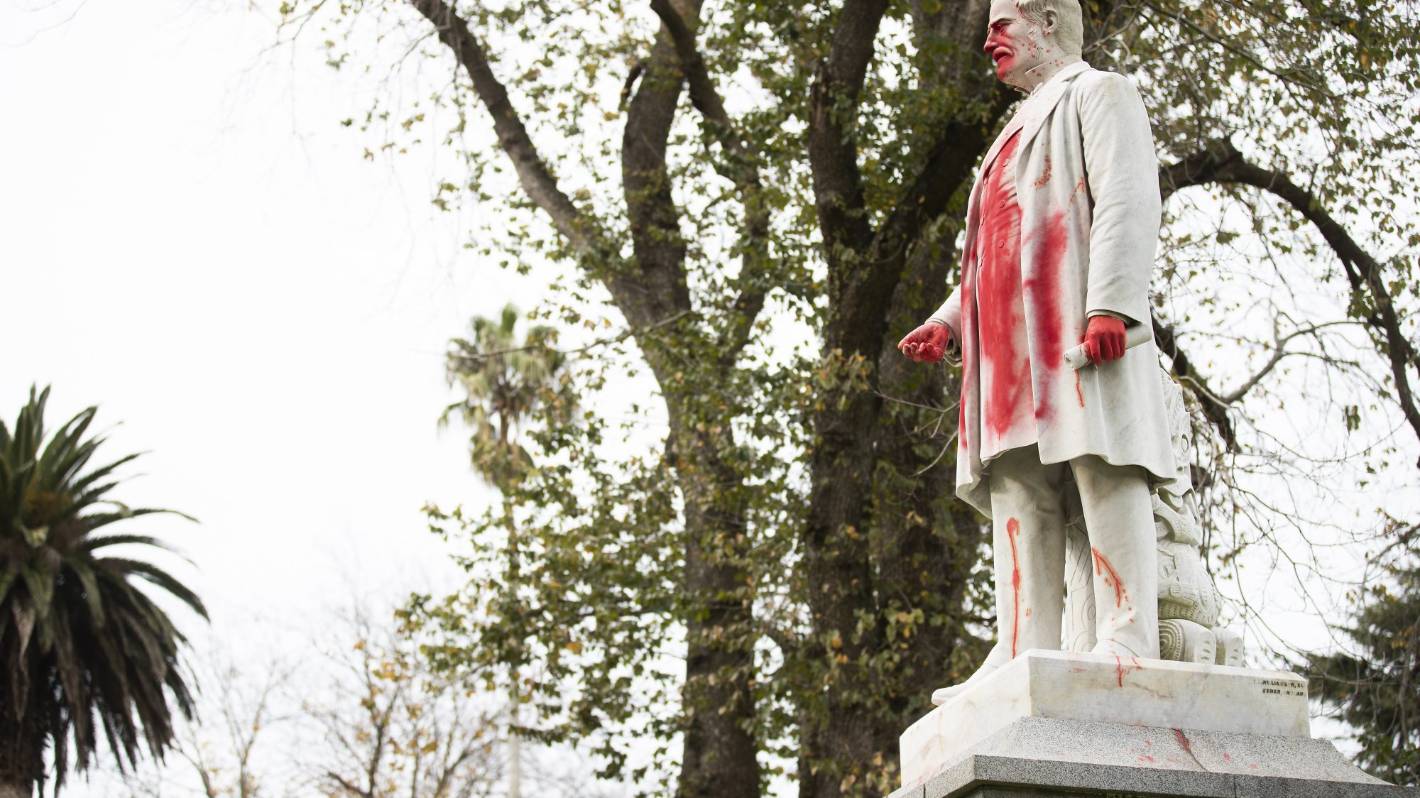 Turning to international events, I recently joined other Members of Parliament who are also Chairs of their Foreign Affairs Committees in Australia, Canada, and the United Kingdom in writing a joint letter expressing our concerns about what is occurring in Hong Kong.

Along with David Fawcett (Australia), Michael Levitt (Canada), and Tom Tugendhat (United Kingdom), we wrote to the United Nations Secretary-General as well our respective Prime Ministers calling for a Special Envoy to be sent to Hong Kong to defend the rights of the citizens there.

The escalating situation in Hong Kong and the national security laws passed by the Chinese Communist Party which suppress Hong Kong’s autonomy and freedom is something New Zealand should be taking a clear stance on.

You can read our letter to the United Nations below or here, our letters to our Prime Ministers here, and mine specifically here in which I call on Prime Minister Ardern to work with her counterparts to ensure we stand up for the rights and freedoms that underpin a healthy democracy. 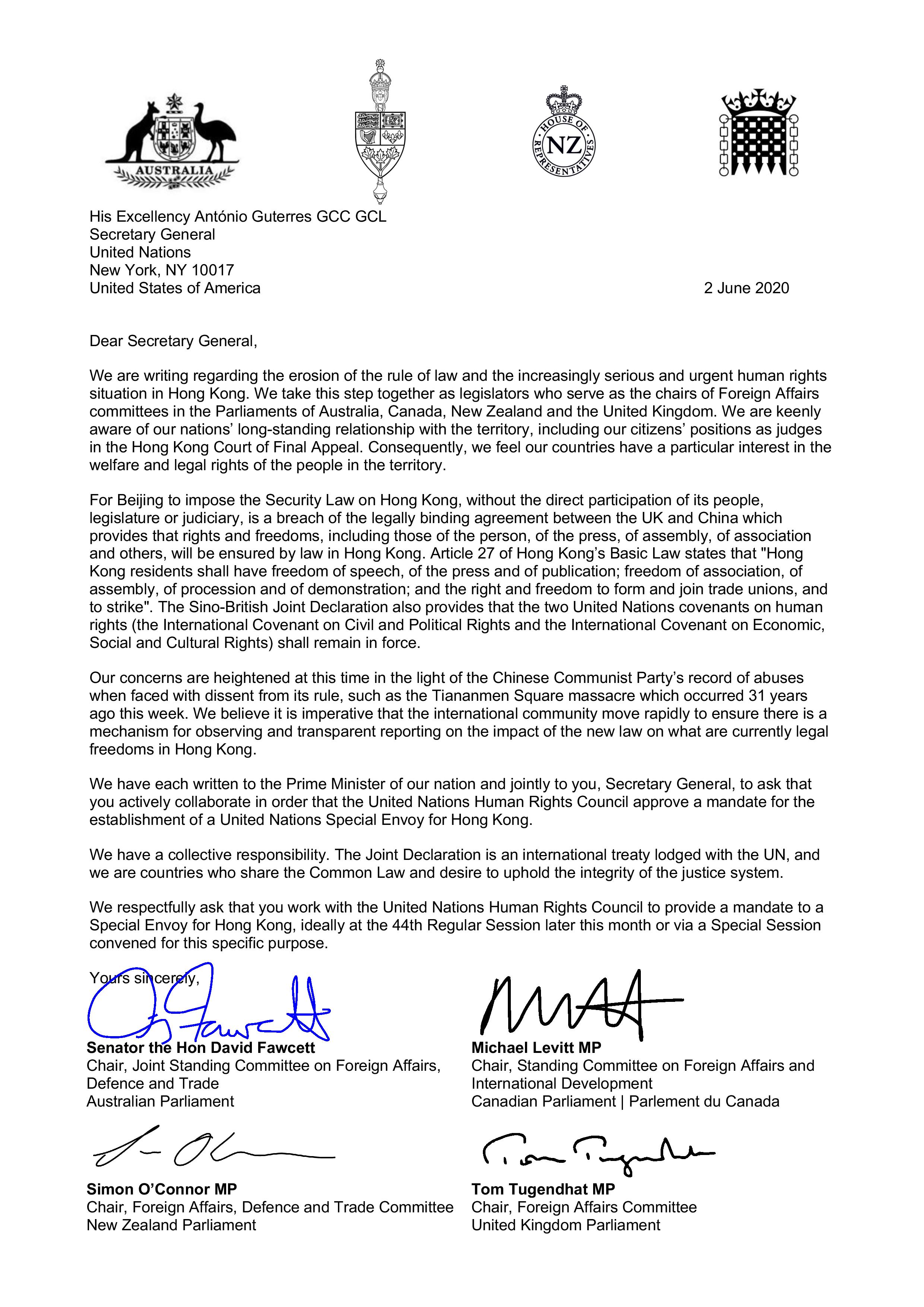 Myself and the Chairs of Foreign Affairs Committees in Australia, Canada, and the United Kingdom wrote a joint letter to the United Nations Secretary-General around what is happening in Hong Kong.

Indeed, there has been a lot going on; the same is true back here in our wonderful electorate. I enjoyed my first recess since lockdown and it was a welcome chance to get around the community and see people face to face. It is clear people are doing it tough at the moment, not least our local business owners. I have very much appreciated their openness about what is happening within their businesses and it was encouraging to see so many Tamaki locals making the effort to support them.

I was also really pleased to see two locals honoured by the Queen in her recent Queen’s Birthday Honours List.

A well-deserved congratulations to Professor Jane Harding who was appointed a knight and is now Dame Jane. She has been recognised for her important research into the health of newborn babies. It is a very well-deserved achievement, particularly after being awarded NZ's top science honour, the Rutherford Medal, in September last year.

Congratulations also to Russell Burt and his appointment as a Member of the New Zealand Order of Merit for his services to primary education. Russell is the principal of Point England School and he and his wonderful school are well known to me. A very well-deserved achievement so, once again, a big congratulations Russell MNZM! 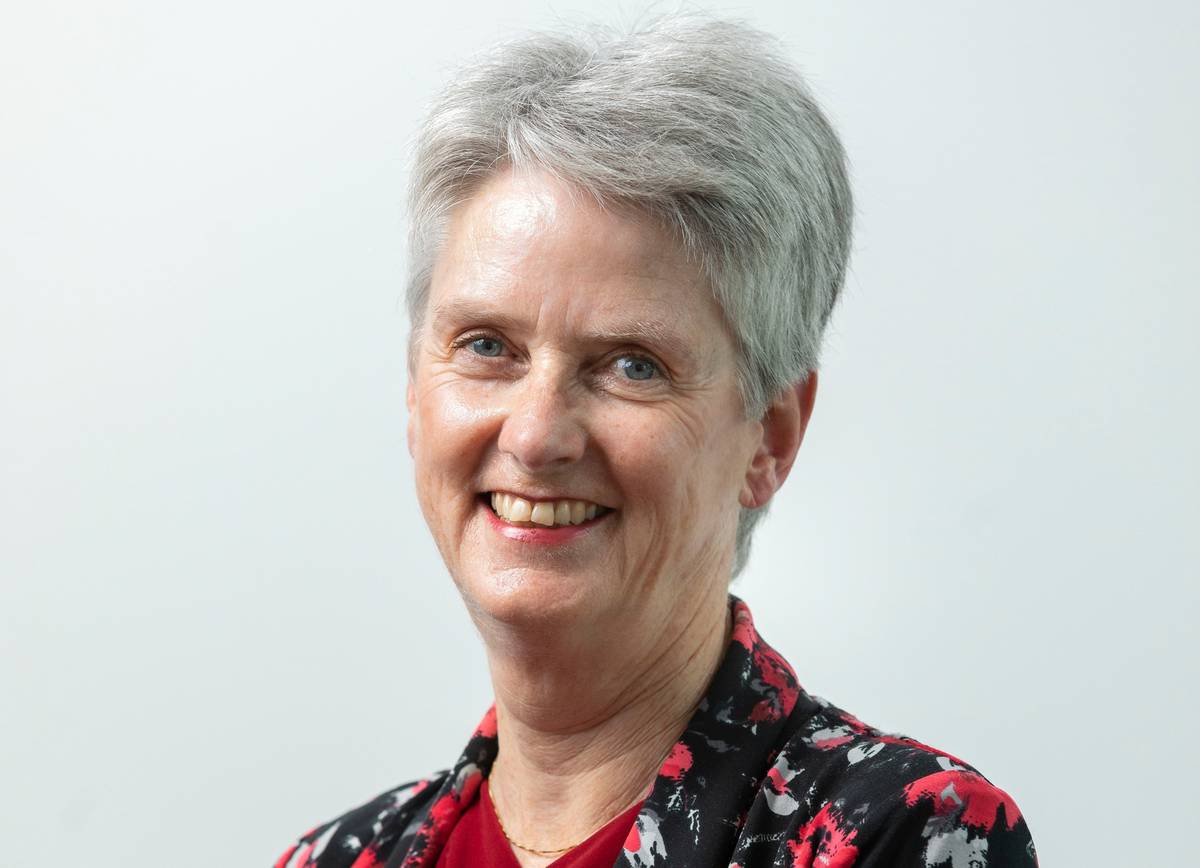 Professor Jane Harding, who has been made Dame by the Queen in her recent Queen’s Birthday Honours List. 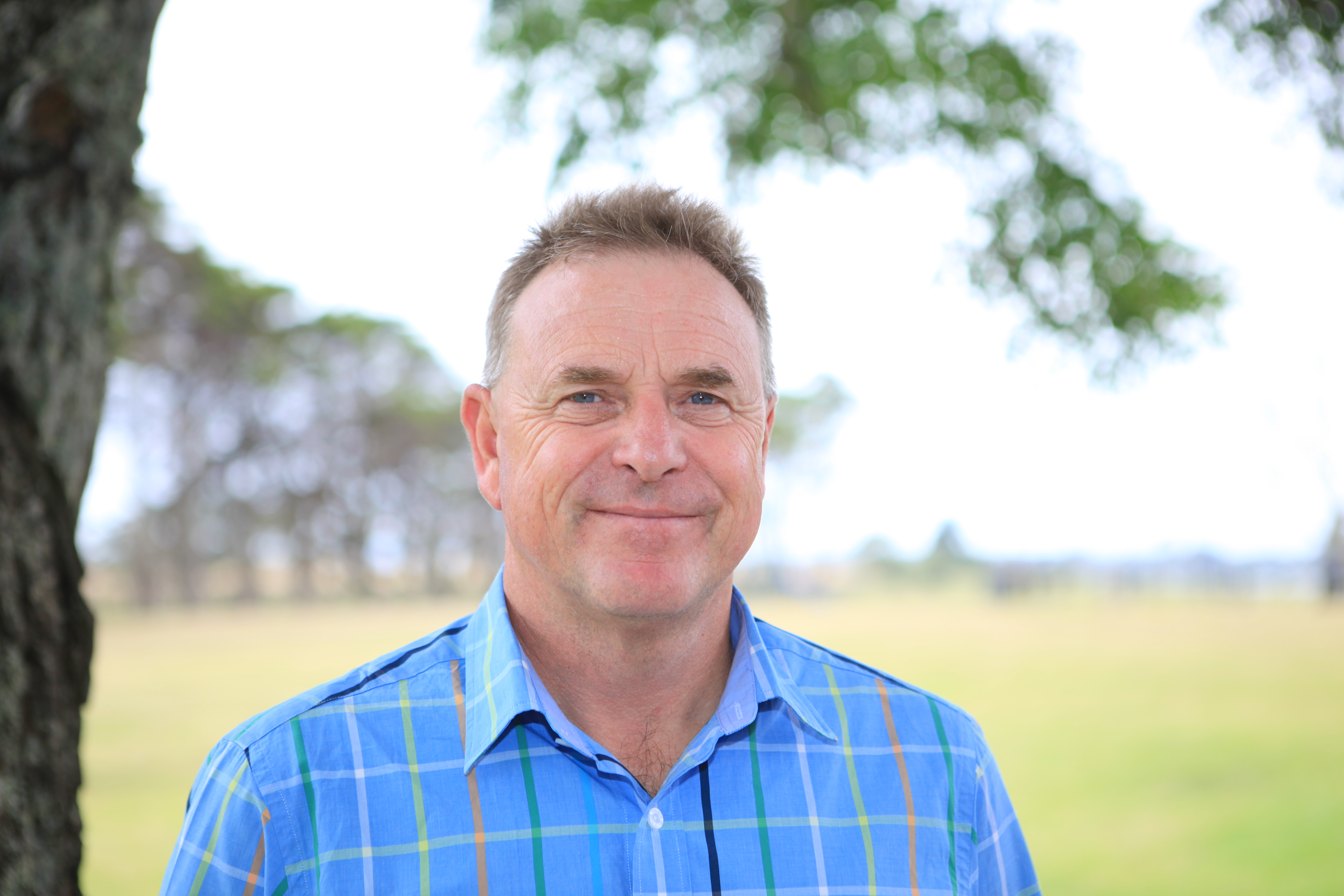 Russell Burt has been appointed Member of the New Zealand Order of Merit for his services to primary education.

I look forward to touching base with you again soon. In the meantime, if you have any concerns or you would like to help out as we approach the election, please let me know.