For the third and final entry recognising the royal honours received by local residents in the Queen’s Birthday Honours List, I am delighted to see that Elizabeth Prichard QSO has been made a Companion of the New Zealand Order of Merit.  Mrs Prichard has served in numerous roles to aid in the advancement of women.  She held a key leadership role in the United Nations NGO 10 and 15 year reviews of the Beijing Declaration and Beijing Platform for Action.  She has also served two terms as President of Pacific Women’s Watch New Zealand and six years as Vice President of the International Council of Women.  In 2010, the Bridge-Builders Trust appointed Mrs Prichard as a Patron and she was President of Bridge-Builders International from 2011 to 2014.  Congratulations to her for the recognition she has received and to all the Tamaki residents recently honoured.

I had the great privilege of flying on one of NASA’s aircraft a few days ago.  Known as SOFIA, the Stratospheric Observatory for Infrared Astronomy, it is a heavily modified Boeing 747 that carries an infrared telescope on board.  The project generally flies in the Northern Hemisphere, out of California.  However, for the past several years, Christchurch has hosted missions over the winter months.  This allows scientists to study the southern skies.

The mission I traveled on lasted 10 hours and tracked a variety of objects across the night sky, including the Centaurus A galaxy and the Keyhole Nebula.  The plane is very much a working laboratory and the interior is certainly not luxurious.  As the plane has had most of its insulation removed it is rather cold and very loud.  Approximately 20 people fly four times a week. 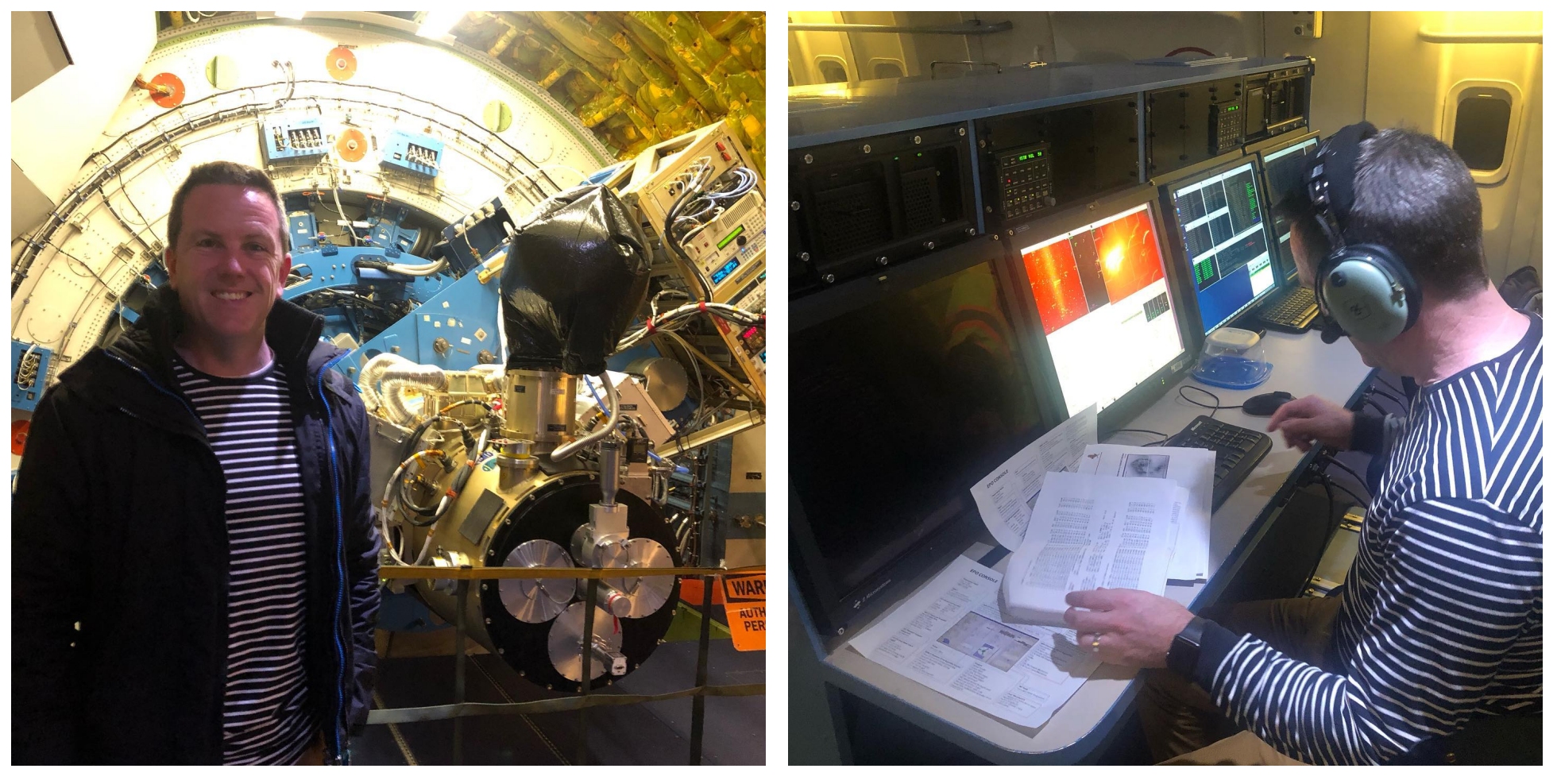 It was a thrill to see the information being gathered first hand, but most of the data will require months of analysis.  Several significant scientific discoveries have already been made as a result of New Zealand hosting SOFIA and our entire country can be proud to have contributed.

You have, no doubt, seen that David Seymour’s End of Life Choice Bill passed its second reading by 70 votes to 50. Most of you will know my opposition to the bill and will therefore understand that while I was expecting this result it still saddens me. However, the bill still needs to go through a third reading and it is by no means a fait accompli; only five MPs need to change their mind and it can be voted down.

To understand my thinking around euthanasia,  assisted suicide, and this bill, you can watch this video put together by the team at pyjama. While recorded before the first reading, it is a good piece for teasing out the various arguments, including the duty of MPs to create laws that protect everyone, particularly the most vulnerable.

You may also wish to view this video, in which I, and two of my colleagues, discussed the problems with the bill prior to its second reading.

I’m concerned by state housing waiting list which is growing ever longer under this government. It has doubled under Labour to its highest point in nearly a decade. What particularly bothers me is that Labour said they had all the answers and numerous plans to put into action. They had bold designs and promised the New Zealand public rapid solutions at the last election. But, adequate state housing is quickly becoming yet another item on their growing list of broken promises. The sad reality is that not only are Labour’s policies not helping the situation, they’re exacerbating it. You can read the press release I sent out on the issue here.

If it moves, tax it!  The Labour government, presumably at the behest of their Green Party colleagues, has introduced another new tax.  (I’m quite certain the Prime Minister promised no new taxes in her first term, but with all the taxes they’ve added already, I’m not surprised by yet another.)  This policy will see less fuel-efficient cars pay a levy and more fuel-efficient cars receive a rebate.  They have promised it is going to be a revenue neutral policy, but given all of the promises they’ve broken so far, I don’t think anyone should hold their breath.

One of the problems with attempting to change behaviour through tax is that it creates false market conditions.  The strategy has been employed for centuries by governments around the world.  Like import levies in general, the goal is to favour one group at the expense of another for political purposes.  Whereas free trade has fostered growth, jobs, development, and greater efficiencies around the world, taxing something for political reasons has the opposite effect.  In an age where free trade is under attack and trade wars are creating great uncertainty, I don’t think this sort of tinkering is very helpful.  New Zealand tried a command economy in the middle of the 20th century.  I’m not surprised that Labour and the Greens are trying to drag us back there, but after it was proven to be such a catastrophic failure, why would anyone want to go back?

Thanks to all who turned up on a cold wet evening in Tamaki to discuss the Budget (and the myriad of issues therein). It was a  pleasure to host my colleague Alastair Scott MP as our guest speaker. As National’s Associate Finance Spokesperson, he had a lot of insights to share and was well placed to answer the wide range of questions. Thanks again to everyone who came along. 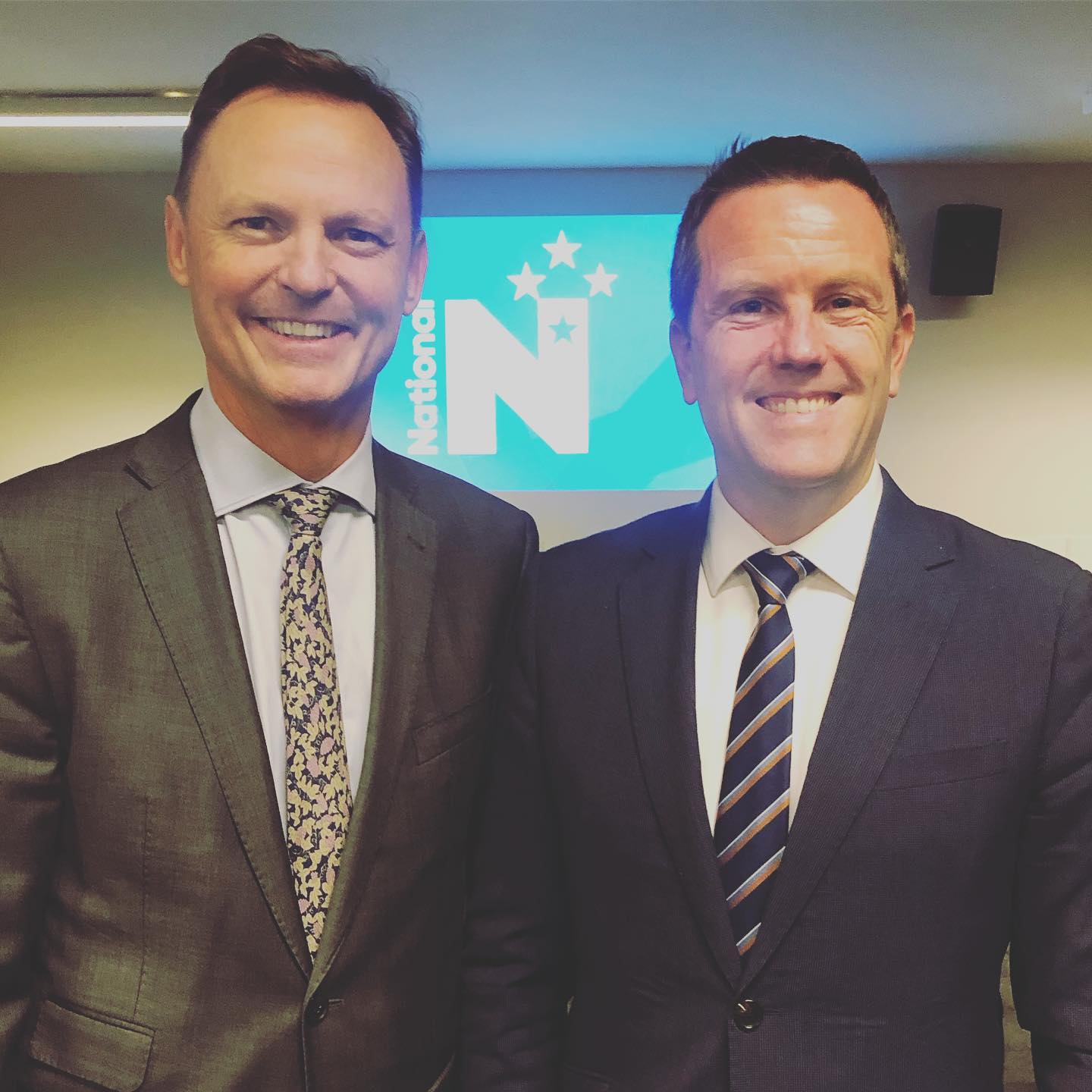 You may have read Simon Wilson’s piece on AT’s proposed changes to St Heliers.  He is very keen to turn our Village into a cycling and walking mecca.  I took the chance to note, in response to him, that that locals should have a say on how their community looks and operates, not zealots like him who pretend to be reporters.  If you would like to express your views on how Auckland Council is performing and, importantly, let them know how you would prefer things to operate, you can do so on this new Facebook page named ‘Rate Your Council’.

Finally, The team at the Eastern Bays Songbird Project are providing free traps once again, between 10am and 2pm on Sunday 27 July @ the St Heliers Market Day.  Look out for them and get yourself a trap to join me and many others in returning more birds to our area.

As you may know, local body elections will be taking place soon – voting for a Mayor, Councillors, and Local Boards.  If you have a fence or property on which you wouldn’t mind a hoarding, let me know, as the C&R team would very much welcome your support.  Drop me a line and I can put you in touch with the right people (all puns intended!).

What I’ve been reading

I enjoyed this excellent article by Juliet Moses on the glaring deficiencies of both identity politics and intersectionality. How such weak-minded concepts continue to gain traction in our civic discourse remains a mystery to me.

I can also recommend this very good and thoughtful op-ed from the Maxim Institute on why we should be careful around rushing to referenda on difficult political issues.  And finally, following on from that subject, I’ve also been reading with some concern on developments in areas where cannabis has been legalised. Here is one such article in Stuff.co.nz. It is disturbing that the Green Party in New Zealand seems to be hell-bent on introducing similar harmful legislation to this country.