2022 is well underway, and I can’t believe we are halfway through February already! I hope you had a good summer break and got to enjoy what was pretty good weather – although, as a gardener, I would have liked a little more rain. My family and I thoroughly enjoyed the Christmas and New Year break – it was a welcome chance to travel and visit our families who we hadn’t seen in a long time.

As our year begins, Covid remains the main issue but as this newsletter will note, there are so many other issues that we need to be aware of.  The government continues to make many changes and missteps across a wide range of issues, be it crime and safety, or housing and the ownership of public assets.

More locally, crime and disorderly behavior remains a central issue. It had been my intention to hold a community meeting in February to discuss the issues with locals, council representatives, police and others. However, because of the current ‘red light’ settings, I have had to postpone;  I will keep you informed as to when and where the new meeting will be - hopefully sometime in March.

Government preparation – or lack thereof – for the most recent Omicron spread is once again in the spotlight.  Despite the sacrifices and struggles of so many new Zealanders over the last two years, the time gained seems to have been squandered by this Labour government. Three aspects highlight this. The first is the increasingly confused messaging. Very few Kiwis now seem to understand the rules and even fewer seem to be following them which is unsurprising. Secondly, the woefully slow acquisition of rapid antigen tests.  These tests are effective and a smart way to enable people to quickly ascertain their status. I used one the other week and they are some simple and easy to use. As things stand, the government has effectively seized existing rapid test kits from private providers as they – the government– didn’t order enough.  On top of this, they are not allowing these tests to be publicly available, but have dictated who can, and cannot, access them.  I would suggest that one reason for this is simply ideology – they prefer control rather than handing responsibility over to individual Kiwis. 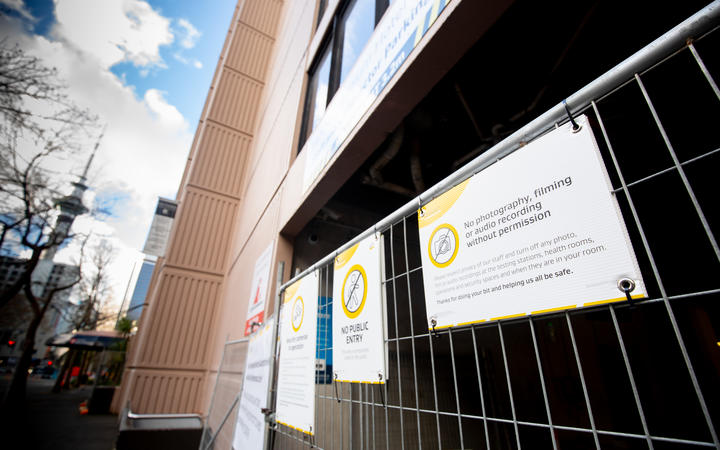 We also have the ongoing issues with MIQ.  It is no exaggeration when I say that I deal with several cases a day where locals are having a really rough ride with the system. This may be locals still stuck overseas; those desperate to have family come here; or others who have returned and are having trouble in the MIQ facilities themselves.  In my mind, the time for MIQ is well and truly over and there are much better and more humane ways to manage those returning to the country.  As we look around the world, including most recently Australia, they are taking a much different path than we are.  For example, Australia is opening up to all vaccinated travelers from 21 February whereas New Zealand is not going to be fully open until at least October this year.

As I said at the start, the focus on Covid often masks the myriad of other issues the government is creating. As we know locally, law and order is in disarray. All across the country we are seeing gangs becoming more emboldened, more disorderly behavior, and police resources stretched.  Within housing, we are seeing more and more Kiwis struggling to pay their mortgage, their rent, buy their first house, or find a house at all. Despite all the government’s talk, they haven’t delivered.  As I write, news has come out that they have actually removed more states houses than built new ones in the last six months. I kid you not!

In Corrections, one of my portfolios, we have seen four Corrections officers assaulted in recent days, with two requiring hospital treatment. As with the issues of crime, the government appears to be out of its depth in imposing order and ensuring safety. 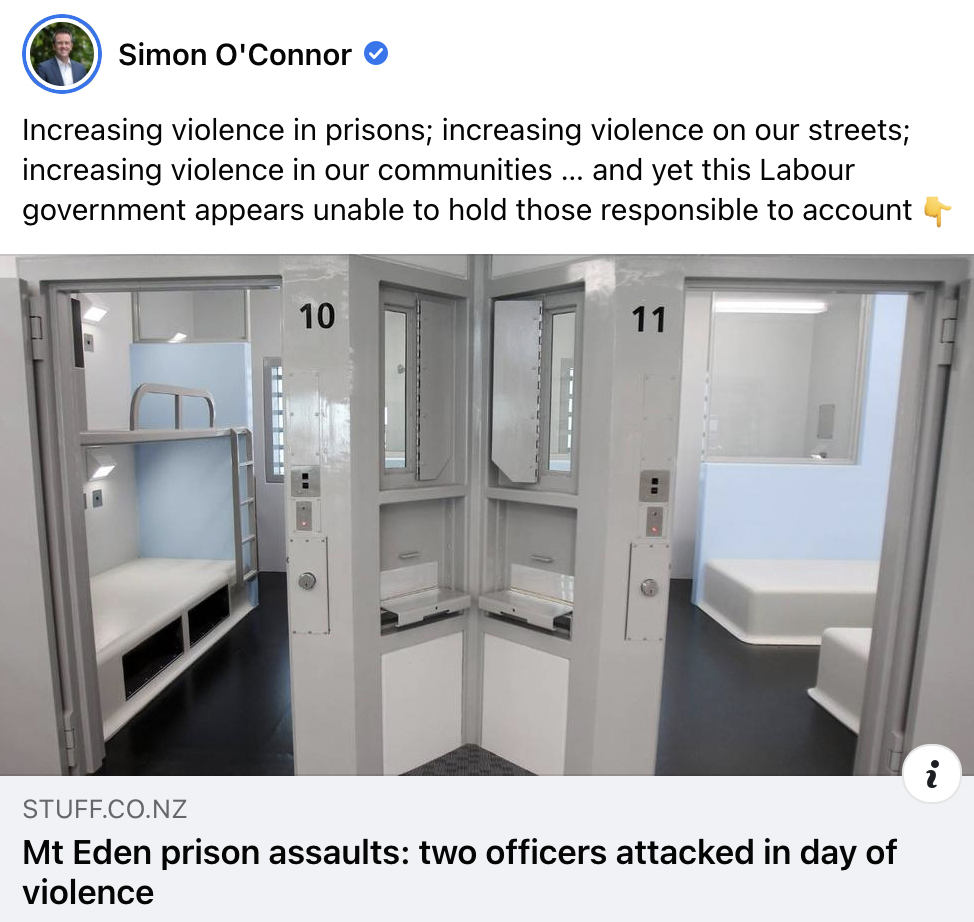 Another thing to keep an eye on is an attempt by some to have our 28 regional parks moved from ownership by all (in the form of our Auckland Council) to a new co-governance model.  This proposal appears to be buried in recommendations within an Auckland Council review. One has to ask why such a huge move is hidden, but also why the ‘jewels of the Council’s crown’ need to be removed from public ownership.

Among the wide range of issues raised with me, crime remains the biggest and most common issue. The ram raids continue, with the most recent victim being Eden Foods in St Heliers. As you know from previous newsletters, we have had a large number of such raids in our electorate and many of our diaries and superettes are being hit. We also have an ever present problem with anti-social behaviour across the electorate: noise, drunkenness, and abusive behaviour, to name just a few. I continue to engage with our police who are doing the best they can, but I think it is important to make two points: The police on the frontline are stretched and so our focus should not be on them, but the lack of support from government. Secondly, I encourage locals to continue reporting crime either via the 105 number or if urgent, via 111.

Remaining local, I was pleased to join the young men of Sacred Heart College recently to talk about leadership – and in my opinion – the key principles of humility and authenticity.  This was part of the school's Leadership Day, where a number of guests were invited to address the students and share their thoughts on leadership.

As you will likely already be aware, sadly, we have recently seen the closure of St Heliers Paper Plus and said goodbye to Peter and the team. He has had to unexpectedly close due to lease changes. This happened very quickly and consequently means there are currently no postal services in St Heliers. You can access these now from the likes of Eastridge Paper Plus, the Paper Plus in Meadowbank, the Postshop in Glen Innes or at the Orakei Superette.  NZ Post tells me they will re-introduce services in St Heliers in the coming weeks, with a counter operating from Turua Street where the PO Boxes currently are. 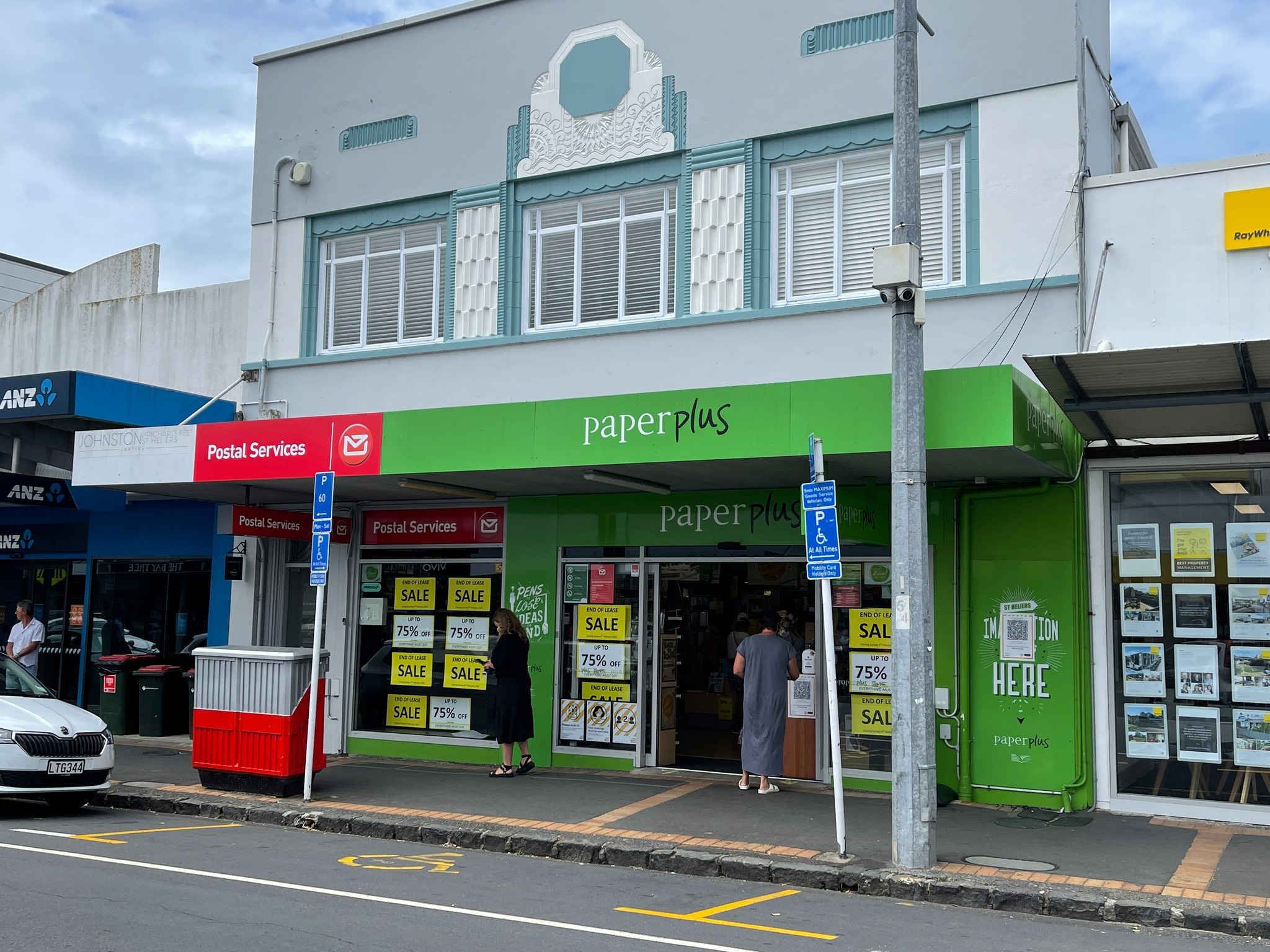 While the above may seem  ‘doom and gloom,’ I am very much interested to see what opportunities the New Year will bring us. There is much work to be done on all accounts as we gradually move towards next year’s election and I am pleased as always to represent you, the people of Tamaki, in parliament.

I am keen to return to writing weekly opinion pieces. My most recent piece addresses questions of free speech, highlighting the worrying underlying dynamics of those keen to silence those they don’t like.

You can find it here

I have also re-started my podcast for 2022.  It has grown strongly since last year and I have lined up some excellent guests for the weeks ahead.  To stay tuned, you can follow on Spotify, Apple, Google, iHeart Radio – and all other major platforms.

With every best wish for the week ahead,