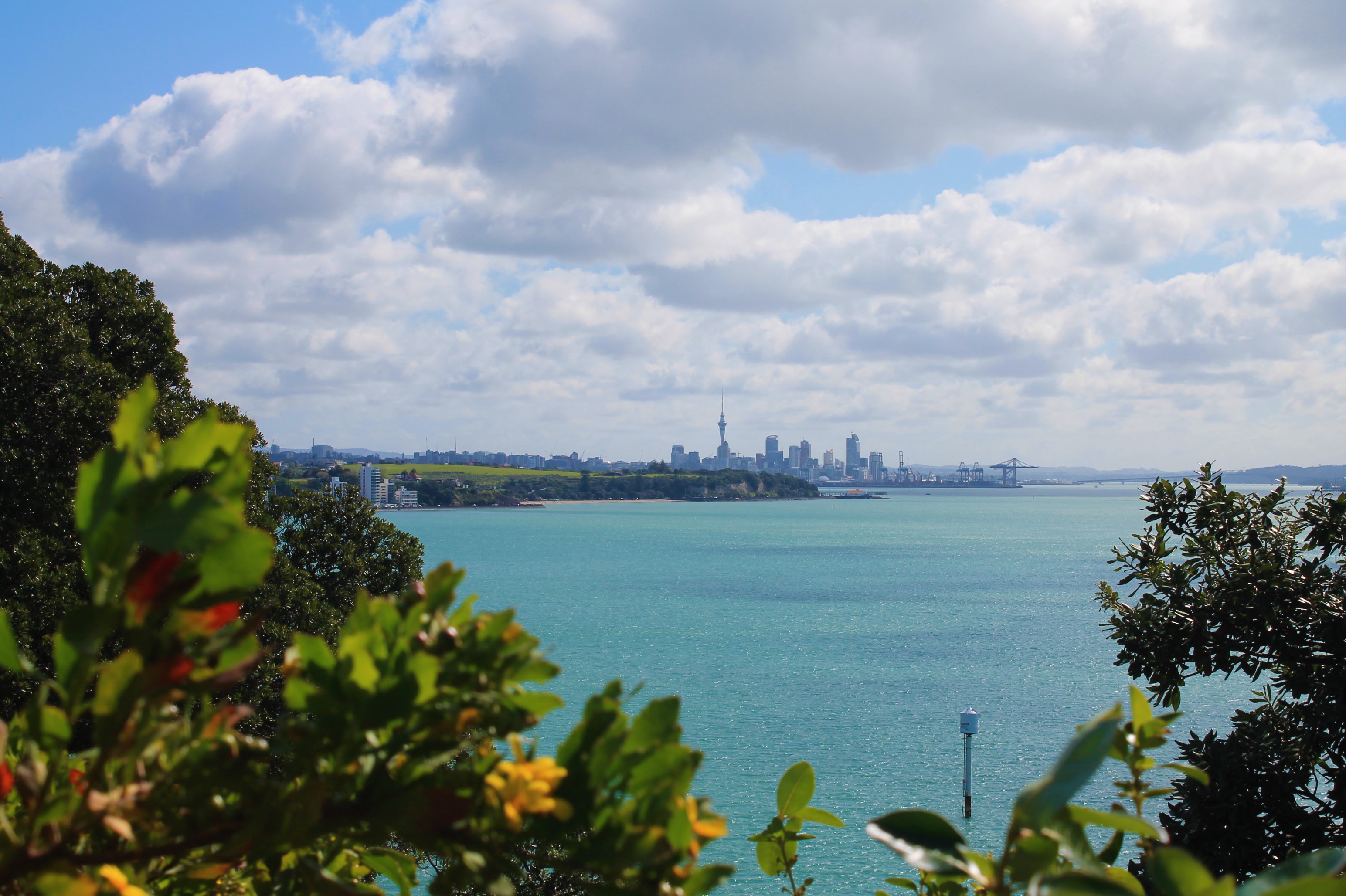 May I wish you a very Happy New Year. I trust it has been a good and relaxing summer break. With the year now well underway, I thought I would share my first newsletter of the year seeing much has already happened.

As you will know, 2020 is election year. We do not yet know the day of the election. The Prime Minister appears more in the Helen Clark model of thinking which is to keep the date to herself, seeing advantage.  Personally, I sit more on the John Key side of things which was to announce the date as soon as possible seeing little gain in keeping it secret. This said, I am ready regardless and keen to engage locals and wider New Zealand with what National has to offer if we are returned to the treasury benches.

This election will be hard-fought and if you are keen to help or support in any way, please be in contact including sharing your views on what are the most pressing issues both here in Tamaki and across our country.

We will also have at least two referenda this year. We will be contending with questions around euthanasia/assisted suicide and legalising recreational marijuana. I remain concerned at the government setting up a supposed ‘Ministry of Truth’ to put forward what it views as neutral information on both topics. Having already reviewed some of the government’s content, it is as much what they share as what they ignore which raises questions. I can only encourage people to read widely and inform themselves on the various issues. 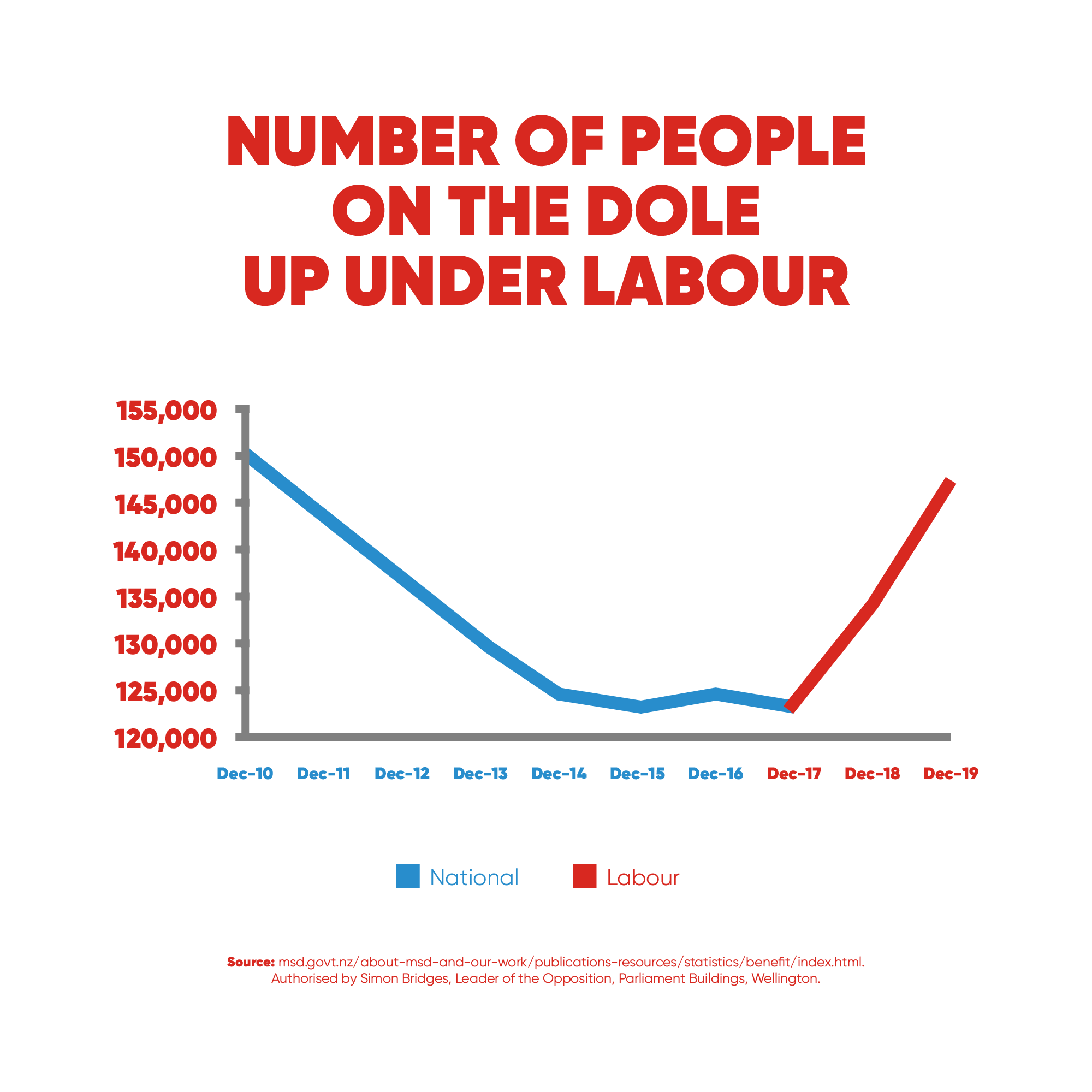 The numbers speak for themselves. Nine years of progress undone in two.

Thank you to all those who have been in touch about the conditions of our beaches and parks this summer, specifically with concerns around litter and noise. We love our Eastern Bays and want to ensure they are well looked after so that everyone can enjoy our beaches and parks. While a council issue, I appreciate the feedback, so will be sharing this again with our local council representatives.

A particular thanks to everyone who has responded to my call for cameras to be installed at Achilles Point. I have a great response from those living nearby who are sharing their stories and this will assist in putting a strong case forward to council. I am collecting the last letters and emails as we speak, and will be formally engaging the council and police in the coming weeks.

Can I say a big congratulations to constituents Bob Narev and Janine Ewan who received the Queen’s New Year Honours.

Bob Narev is Chairman of the Holocaust and Antisemitism Foundation and has chaired the Auckland Holocaust Memorial Trust since 2016. He was made an Officer of the New Zealand Order of Merit for services to community and education. His work in our community is much broader than this, but his work to confront anti-Semitism is now more important than ever. You can read more about Bob and his achievements here.

Janine Ewan has worked for our incredible Dove Hospice since 2000 and is the CEO of Clinical Services.  As many of us will have done, in visiting Dove House and seeing the work of the wider Eastern Bays Hospice, you can appreciate the incredible work and gift that this place is. Janine has been a key person here so it is great to see her name a Member of the New Zealand Order of Merit for services to palliative care. You can read more about Janine and her achievements here.

It is so great to see both Janine and Bob recognised. If you know of others in our community who deserve a Royal Honour, please let me know as anyone can be nominated and I would be more than happy to talk you through the process. 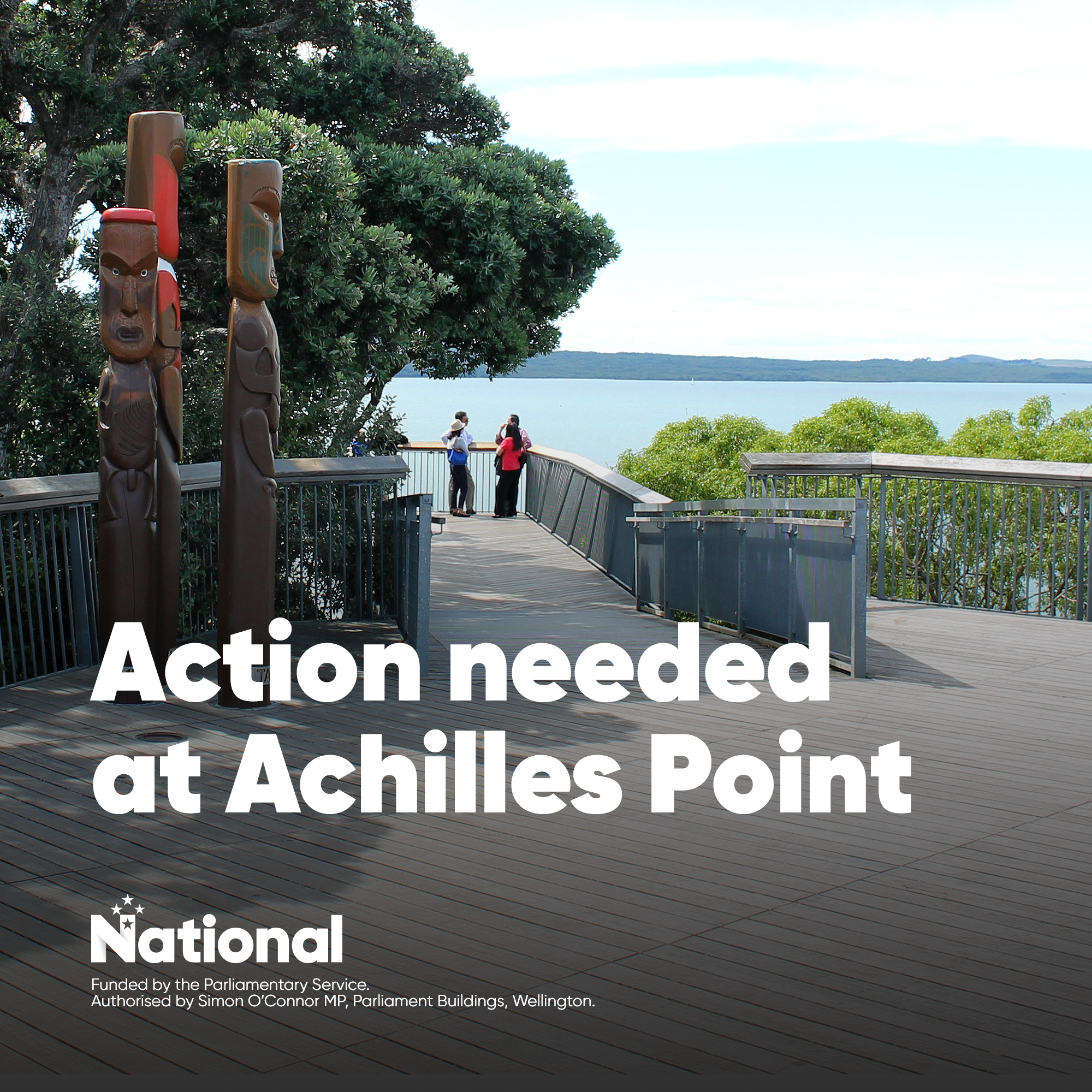 I have been committed to getting CCTV installed at Achilles Point, and have been gathering letters and emails to put a strong case forward to the council and police.

While it has been our summer break, a lot has continued to happen for me in my role as Chair of the Foreign Affairs, Defence, and Trade Select Committee. Brexit is now underway; we have had increasing tensions in the Middle East; and as I write we have the health issue developing in China.

I also took the chance to meet with senior military commanders in the United States a few days back as I was in Hawaii for a friend’s wedding. Hawaii is home to the USA’s Indo-Pacific Command (INDOPACOM). This command oversees all the military operations, intelligence, and policy for our part of the world - from Antarctica to the Arctic, the United States’ west coast right across to India. Naturally, we have many common interests so it was a welcome chance to sit down with a number of military officers, intelligence and foreign affairs officers, to discuss the Pacific region in particular. I remain committed to strengthening relationships with our traditional allies and supporting the rules-based order, multilateralism, and openness to all our neighbours.

Thinking of our friends, I was very disappointed to see New Zealand did not send any representative to the Fifth World Holocaust Forum in Israel.  We will be one of the only first-world countries to not be there, and on the 75th anniversary of the liberation of Auschwitz. There is a worrying picture developing of this government’s priorities when it comes to foreign engagement, notably its absences and silences. I might also add, as I have seen some comment as to why our Governor General (GG) did not attend, that our GG can only go if approved by the Prime Minister.

Putting my social housing hat on, it is incredibly sad to see (though I had predicted it would be so) that the waiting list for a social house is now almost 15,000 families.  Remember, Labour decried the 5,000 waiting when we were in government as a crisis. Now, almost three times higher, the government is both making things worse and failing to make the necessary changes.

I will continue this year to advocate for better policies in social housing (you can read our social services discussion document here) and hold the government to account in its ongoing failures in this space. 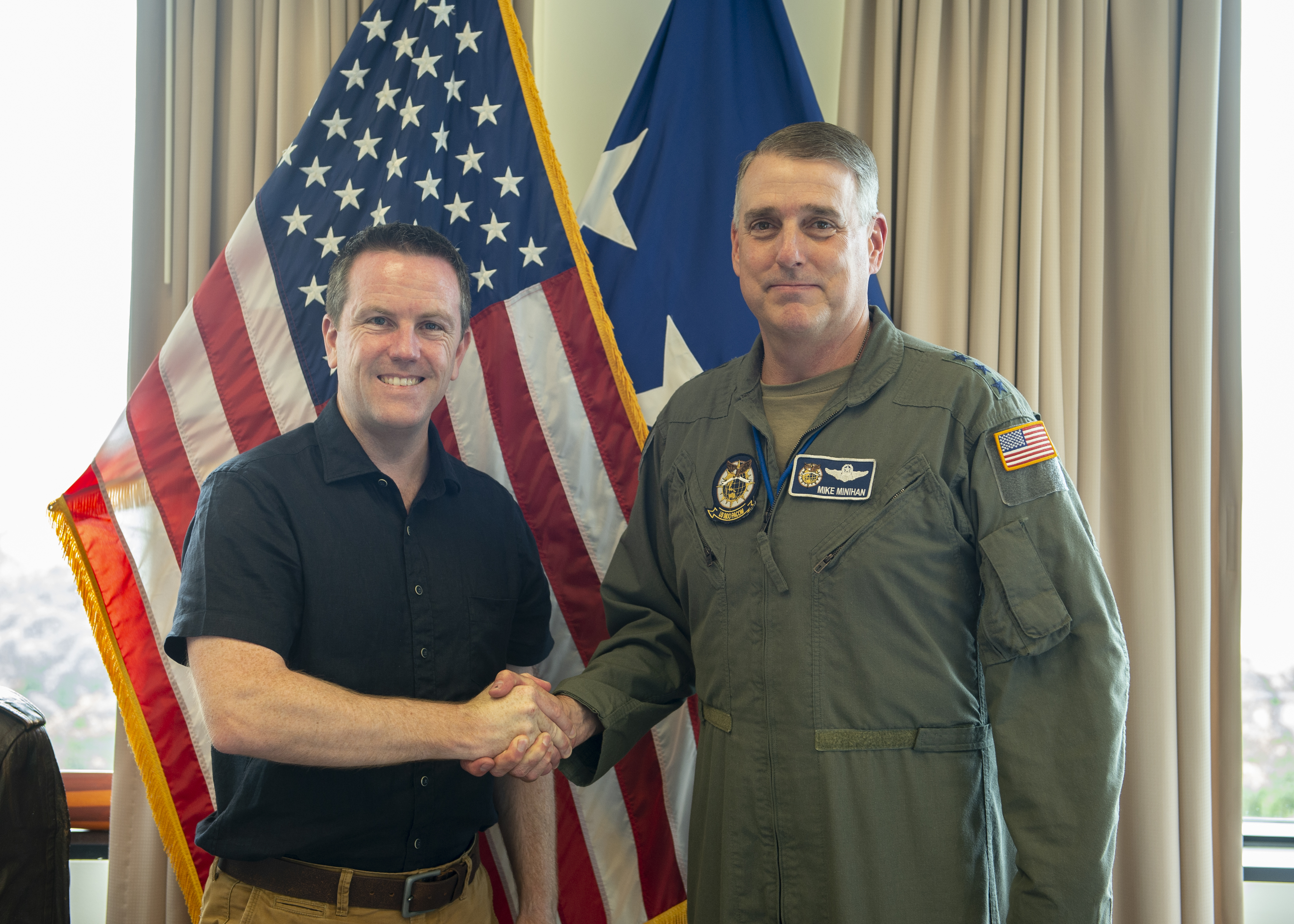 In mid-January, while many are still on holiday, the government made two announcements. Firstly, parents will be required to give written consent for their children for their children to attend ‘bible in school’ programmes – effectively signalling the end of voluntary religious instruction in schools. Secondly, climate change is to become part of the school syllabus for children as young as ten. I couldn’t help see the irony, if not hypocrisy, in this – replacing one belief with another.

According to Education Minister Chris Hipkins, the ‘Climate Change - prepare today, live well tomorrow’ programme will “help students understand the effects of climate change on a local, national and global scale”.  It will provide lessons on Greta Thunberg, teach kids how to ‘deal with skepticism’, and provide advice such as eating less meat. I won’t mince my words on this: it is ludicrous. It is politicising our children to become activists, rather than responsibly educating them in science and reason. It is indoctrinating our children with a form of ‘environmental religion’ rather than environmental science. If we want to properly address climate change, we engage in science and teach our children science. What the government is promoting is simply propaganda. I have written before that if the Left can’t convince adults on a topic, then they go after the kids and we are continuing to see this.

There has been much said about this already, but I thought Karl du Fresne’s thoughts in this opinion piece were rather good, even if I would have a few points I would debate.

I encourage parents to understand fully what this curriculum addition means, and that it is not one based solely on science, and engage their local schools accordingly – be it the Board of Trustees and Principal.

Sorry to have to end on this rather negative note, but it also illustrates why this election is so important and why we need to remove this left-wing government.