With Christmas just around the corner, here's my latest and last newsletter for 2019.

Being the ‘silly season’, the last few weeks have been particularly busy both here in Tamaki and down in Wellington.

Locals in and around Achilles Point will have recently received a letter from me seeking support to once again approach council and ask that action be taken against anti-social behaviour in the area. In particular, I have been asking people to share their stories so I can increase pressure to have CCTV cameras installed; as you may be aware, cameras have been installed along Tamaki drive but they end at the shops. Thank you to everyone who has written back so far; the stories make a compelling case for action. It is my hope our combined voices will finally lead to some action in the new year. 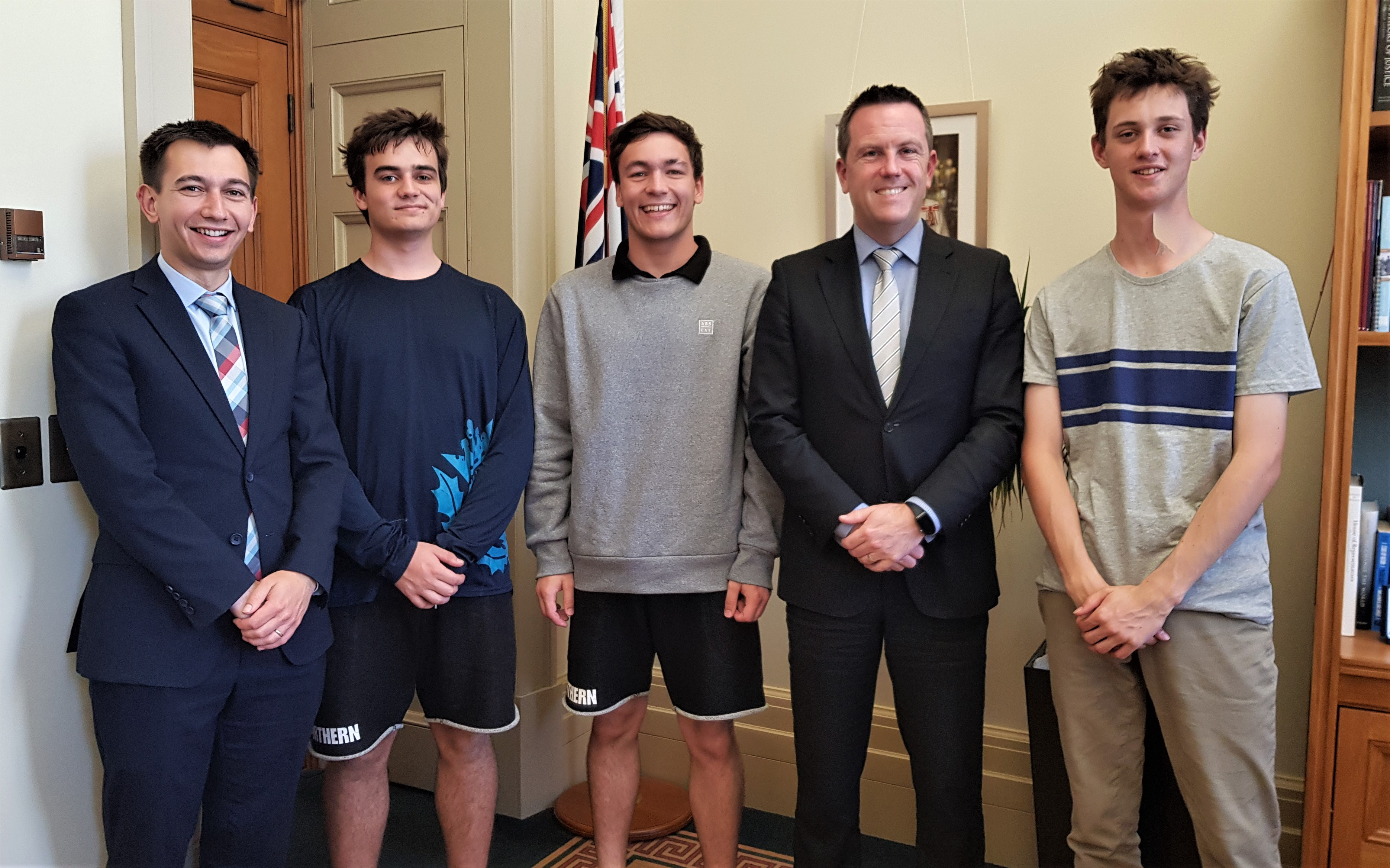 It was my pleasure welcome Glendowie College students and founders of CloudMass—Adam, Sean, and Matt—to parliament recently. These three young men are seeking to better care for our older citizens experiencing dementia by developing technology to help track dementia patients; put in my words and very simply, a form of GPS real-time tracking. As a result, CEO Sean Gibbs was recently awarded the Local Hero award as part of the Kiwibank New Zealander of the Year. Along with my colleague Simeon Brown MP, welcoming them at parliament was a chance to hear more of CloudMass’ success and share a little of how parliament works.

Thank you to the Orakei Local Board for having covered the exposed pipes on Kohimarama Beach. If, like me, you walk and run past often, you will know it had become quite an eyesore. While some works were done a year-or-so ago, the pipes were quickly re-exposed. Credit is due to the local board for hearing our local concerns and acting.

With the summer break soon to start and my team having been working hard all year, I am closing the electorate office from December 24 and re-opening it on January 13. I am well helped by a fantastic team both here in Auckland and in Wellington, so my thanks goes to all of them for the service they give me and the community.

As you will know from previous updates, the Foreign Affairs, Defence and Trade Select Committee that I chair has been working under quite a bit of pressure in recent weeks to complete work on a new terrorism-related bill. In short, the bill seeks to allow police and others to put controls around returning New Zealanders terrorists e.g. those who have gone to fight in Syria.

The committee completed its work a few days back (the government gave us three weeks to do the job rather than the usual six months) but was unable to agree the bill proceed in its current form. From my perspective and those of my National Party colleagues, the bill does not provide the protections it promises. For example, it does not apply to anyone under 18 years of age; the control orders last a maximum of six years; and the fine for breaking the rules is only a maximum $2000 or a year in prison. I won’t go into all my concerns here, but if you are interested you can view a speech I gave in the House last week outlining my issues with the bill here.

From surpluses to deficit

Last week, Treasury released their latest fiscal update—their independent analysis of where the economy is and is going. Unfortunately, in just two years this experimental Labour government has taken a growing economy with forecasts of ongoing surpluses to an economy that is now in deficit (that is, in the red...literally!) borrowing billions, and with a slowing economy. Labour inherited a healthy economy from National and they are breaking it. It is vital for the country that National is elected to government in 2020. 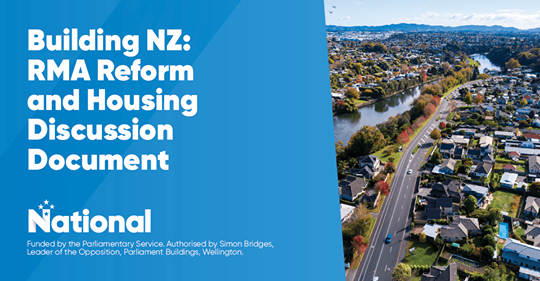 On Monday, along with Party Leader Simon Bridges, Judith Collins, and Andrew Bayly, we launched our most recent discussion document which talks about social housing, the wider building sector, and Resource Management Act (RMA) reform. As social housing spokesperson, I am keen to see government work more closely with community housing providers—in contrast to this Labour government which believes in trying (and failing) to do everything itself. In this document, I also explore how we better help troublesome state housing tenants while enforcing consequences—that is, removal from a state house if poor behaviour continues.

I welcome your thoughts; you can read the document and provide feedback here.

We also have a range of other discussion documents from health to transport, the environment to law and order. In fact, we have ten in total—the largest ever policy development process by an Opposition. To read and comment on any of them, visit this website. 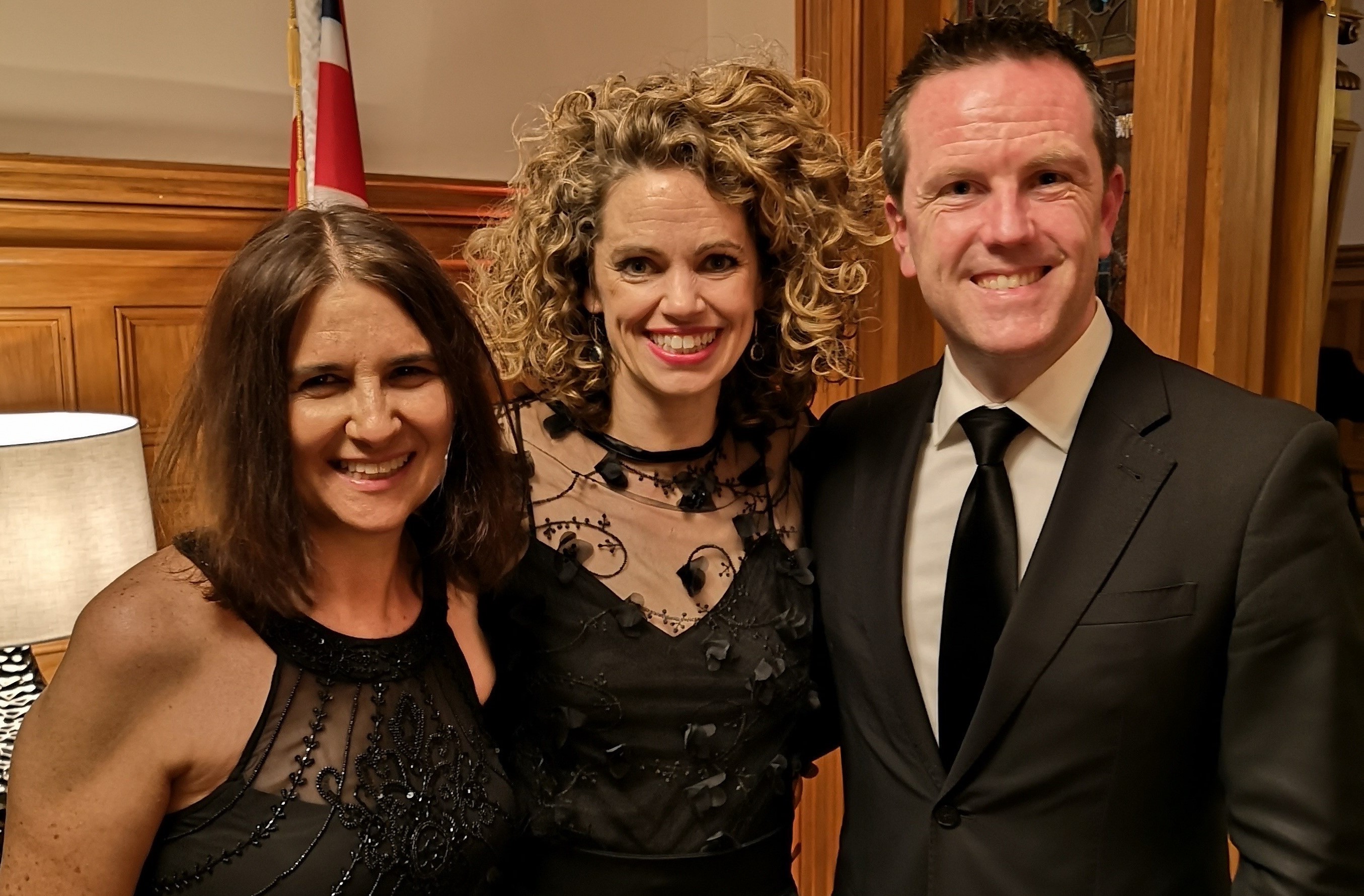 Rachel and I joining HE Laura Clark, the UK High Commissioner, for a recent end of year celebration.

If I don’t get to see you around the electorate before Christmas, can I take this chance to thank you for your support, advice, and encouragement his year. It has been a big and busy one, but so will 2020 as we look to take back the treasury benches. It is an honour to be your local Member of Parliament and I look forward to continuing to engage with you in the new year.

Can I wish you a happy and safe summer holiday, and that it be a time of peace and joy with family and friends.