As I begin writing this latest newsletter, we have begun another ‘Level Four’ lock down. While we here in Auckland have been used to various lock downs, we have only had a full, nationwide lock down once before – back in March 2020.

I suspect this will be unsettling for most and will bring about a range of feelings – from anxiety to anger, frustration to relief about spending more time with family at home. While this is undoubtedly a challenging time for everybody, we should also spare a thought for our many local business owners who have had to close up shop again; I know some are already wondering when they will be able to re-open. I am also conscious of many families with sick or dying loved ones, or those who have been separated due to awry travel plans.

Despite the difficulties we may now be facing, it is worth remembering that we as a nation got through this last time, and we can and will do so again.

As in the past, my office has had to physically close, but I remain very much active and contactable – via email, phone, and my various social media channels (you can find me @SimonOConnorMP).

The recent Covid development aside, the last few weeks have seen me exceptionally busy with various constituent meetings.  As you will appreciate, I can’t write about these as they are personal, but they are very much key to keeping my finger on the pulse as your local MP.

In between these meetings, I’ve been working on several key political issues that come under my portfolios. I might add, these responsibilities have recently expanded further with a new portfolio addition: Internal Affairs (think the Fire Service, passports, births, deaths and marriages, lotteries etc) alongside Customs, Associate Foreign Affairs, and Arts, Culture, and Heritage.

Speaking of the Arts, you may be aware of the They Are Us situation. This is the film about the Christchurch Mosque attacks that is being planned for production, and yet is to primarily focus on the Prime Minister. This aside, I have been seeking answers from the Minister of Arts and the NZ Film Commission as to when they first knew about this film. As I write, I have received three different answers to date. The first was that they knew about it in June 2021, but they have since changed their answer  to as far back as two months after the attacks (that is, May 2019). With answers constantly changing, I have asked the NZ Film Commission to come to parliament to explain. While government MPs have agreed to this request, they have reduced how much time we have to discuss the matter as well as  limit what we can ask. Watch this space. 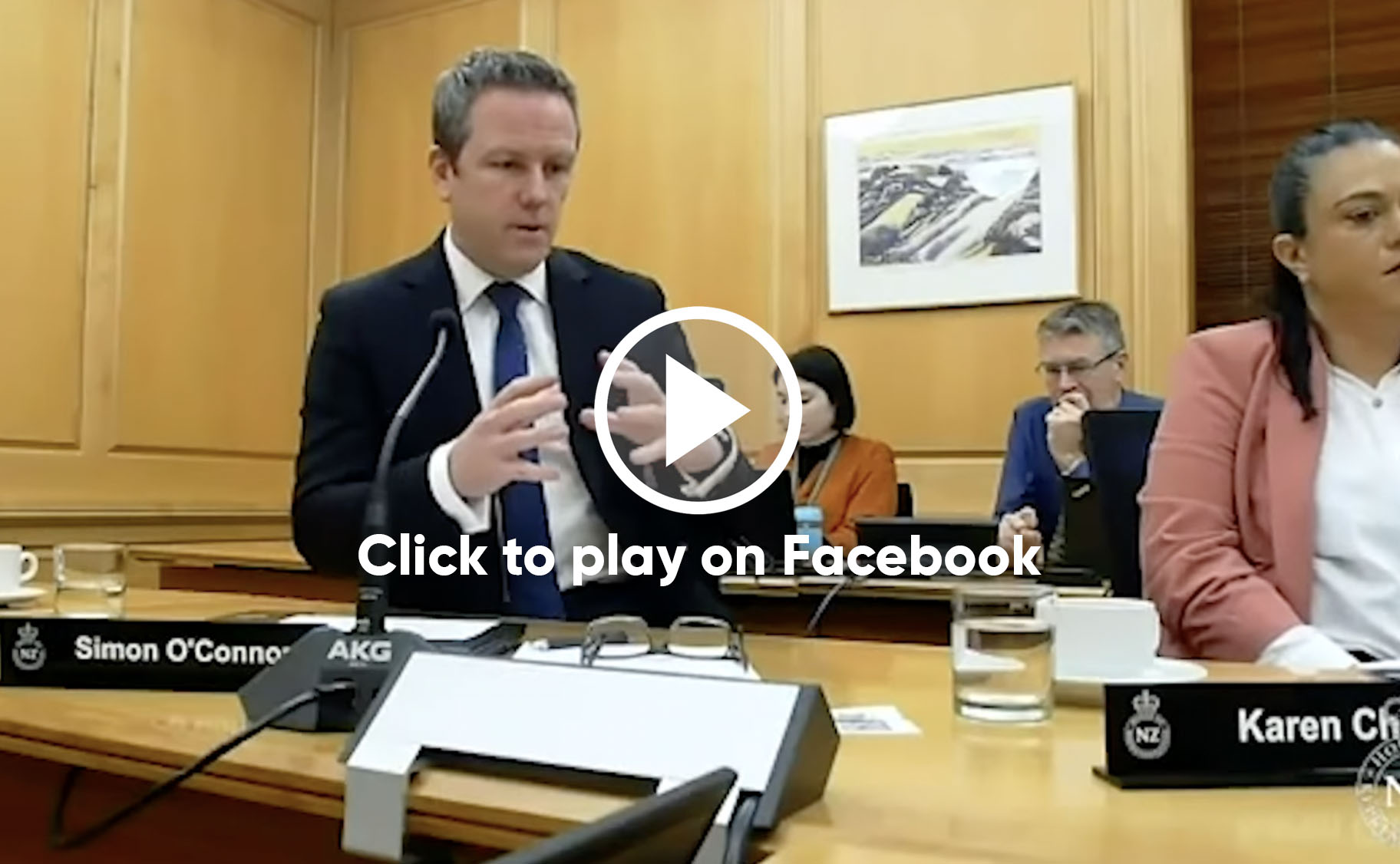 In Parliament Questioning the Film Commission on 'They Are Us'.

Another news item you may have seen is in relation to myself and other chairs of the Inter-Parliamentary Alliance on China (IPAC) being targeted for cyber-attacks. My views on the Chinese Communist Party’s (CCP) treatment of the Uyghur people and the destruction of democracy in Hong Kong are well known. While such potential targeting is unsettling at one level, I am aware that this is part of the risk of standing up for what is right.

A very big thank you to all the locals who attended my public meeting with Kainga Ora (Housing NZ) to discuss their social housing developments in Glendowie. The hall at Crossfield Reserve was packed to overflowing. I will clearly need to get a bigger venue next time!

As you may know, Kainga Ora has plans for new social houses across our electorate. I organised public meetings for such developments in Orakei, and I was able to do the same for their Glendowie proposals. The meeting was a welcome opportunity to bring locals together along with senior and key people from Kainga Ora. A number of excellent questions were raised in terms of parking, suitability, and the impact on infrastructure and schooling.  It was also a chance to see their plans and get a sense of the designs being put forward. 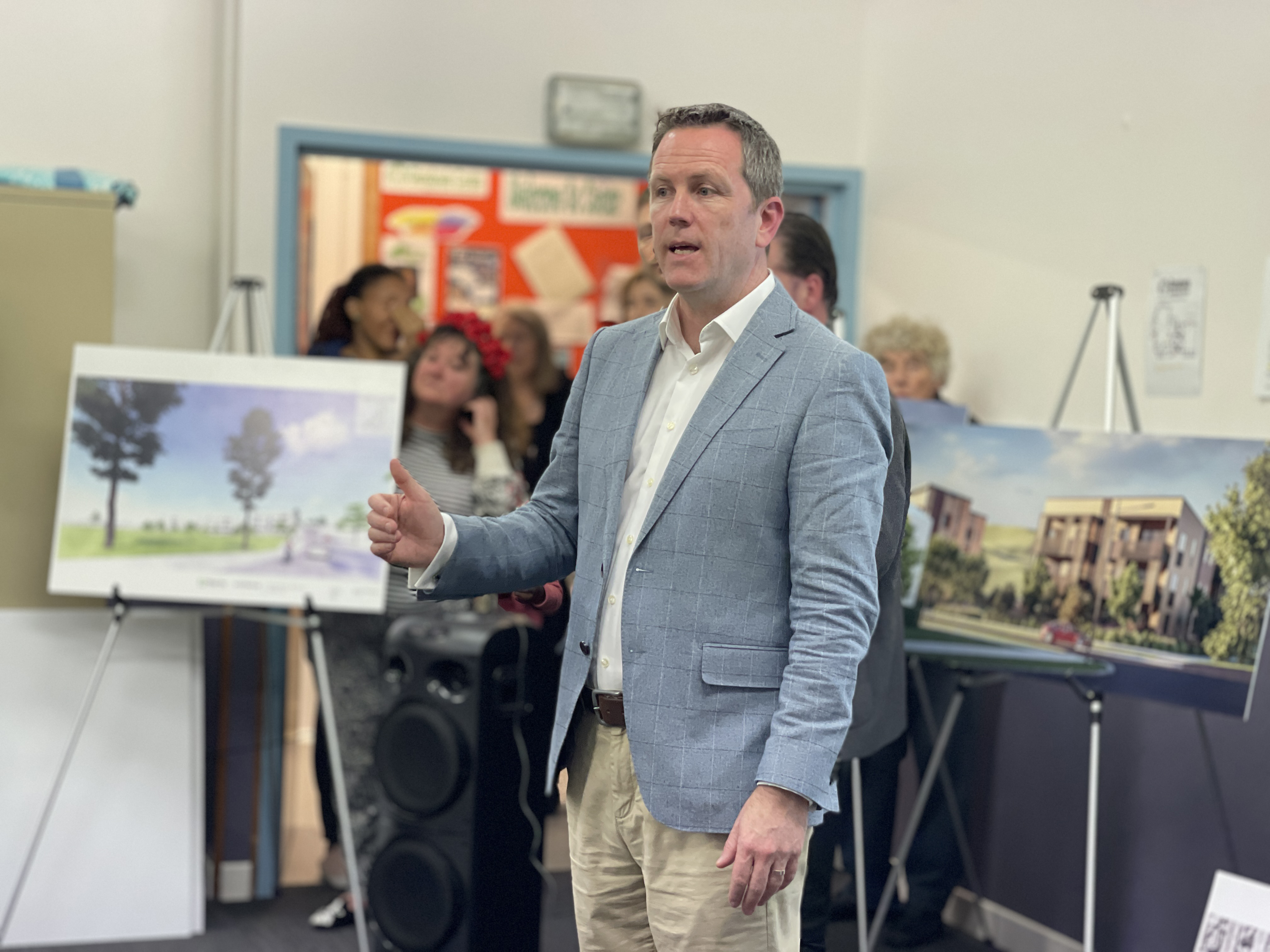 Speaking at my Glendowie Meeting for Social Developments

Crime in our community

Sadly, this topic continues to stay relevant both on a local and national scale. I have spoken in previous newsletters about the ram-raids that have taken place across Tamaki, particularly those targeting our dairies. As I write, more have been affected, taking my count to at least six dairies – some hit multiple times. I have visited the owners and have also written to government asking for assistance to improve their security with the likes of bollards. On a similar note, I have received news about the increasing number of drive-offs at our local service stations. I engaged with our local police and I am happy to report  that the culprits were caught. I am grateful to the police (and concerned constituents) for their great work on this. 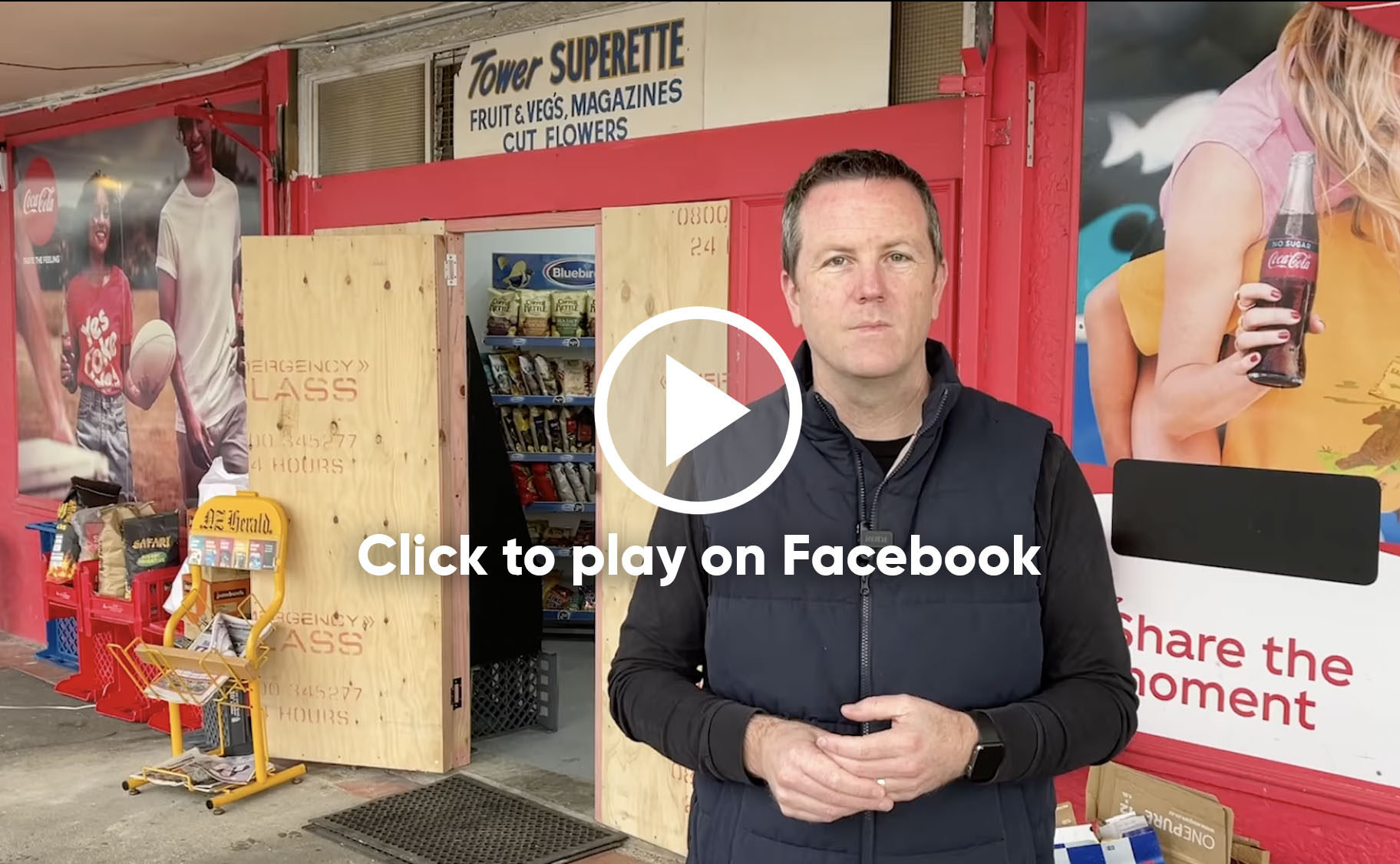 Visiting Asha after the ram-raid at Tower Superette

Keeping on the crime issue, we are also seeing an alarming rise in gun violence with almost daily shootings in South Auckland. Much of this is gang related and put simply, the government has lost control of the situation and I would argue, not giving the police enough support to do their job.  Instead, we see government funding one gang around $2.75 million to run a drug-rehab programme.

Guests for the On Point Podcast

My podcast  On Point is going strong and I am receiving lots of great feedback. There have been plenty of fascinating discussions with various politicians, teachers, and advocates:  the most recent was with Prof. Paul Moon on New Zealand history, separatism, and hate speech; Sinil Sharma of the Conservative Friends of the Commonwealth on growing issues with identity politics, and how the commonwealth brings countries together in an increasingly divided world; and Simeon Brown MP for a discussion on crime and his perspectives as National’s spokesperson for Police and Corrections. The podcast is available on:

Would you believe the Green Party has had a portrait of Sir Winston Churchill removed from the public halls of Parliament? They have ironically removed the image of man who fought authoritarianism and fascism and promoted democracy and freedom.  While he was certainly not perfect, forcibly removing his portrait without any robust discussion about the matter was, in my view, cultural vandalism.   Check out my video on the matter here and sign my petition. 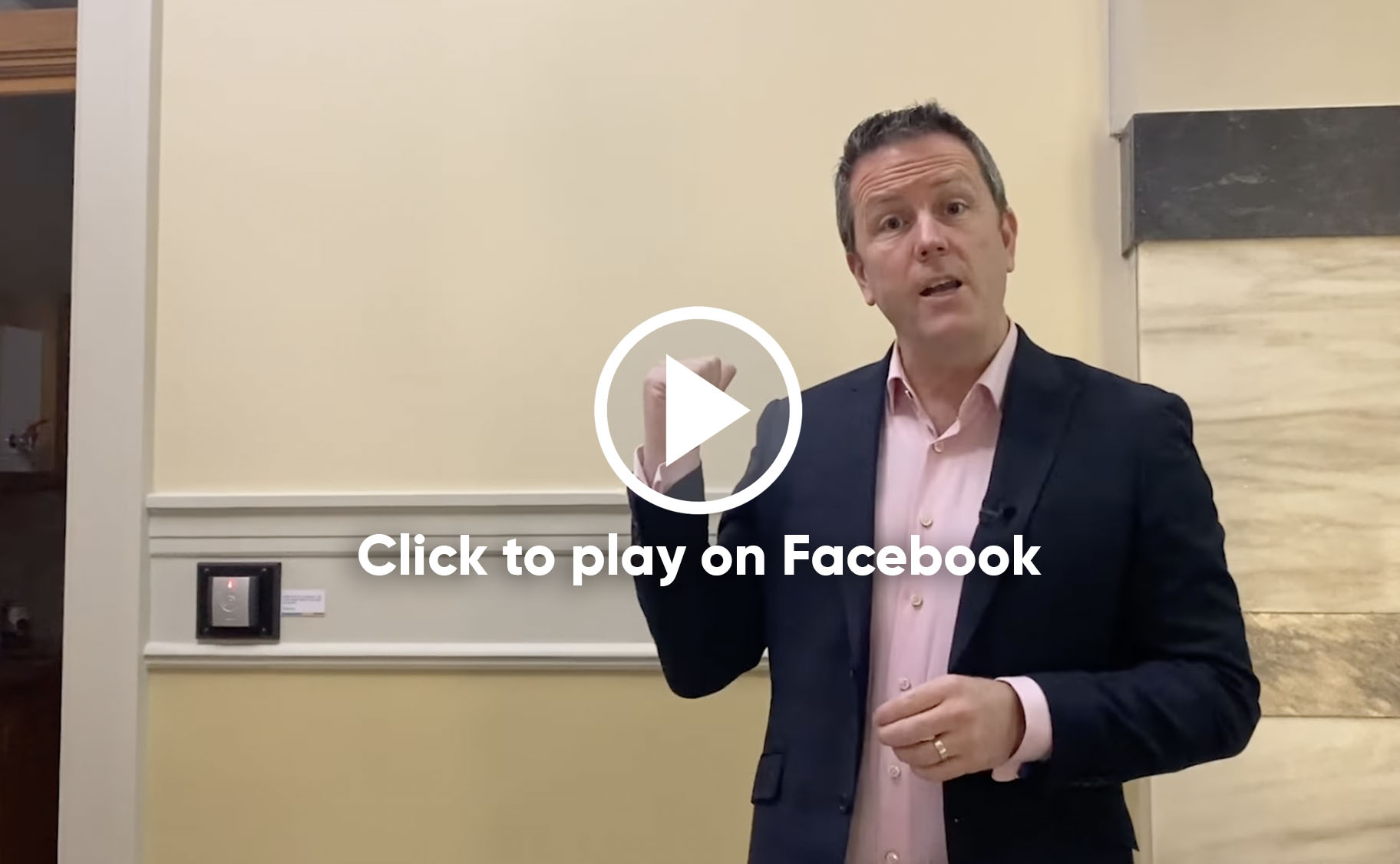 Where is Winston Churchill?

With the current lock down, events in and around the electorate are in a bit of flux.

The celebration launch of Simon Bridges’ new book National Identity has been postponed to Friday 1 October. For those who have RSVP’d for the previous date (August 27), your space is still secure.  For everyone else, I invite you to come and hear from the author himself on his personal and political experiences. Tickets are limited and were already selling fast – you can RSVP either by emailing [email protected] or by calling (09) 575 9842.

For local Justices of the Peace, our morning tea on the morning of August 27th has also been postponed. I will let you know once we have a new date.

P.S. Check out my latest opinion piece on separatism and hate speech in our local paper, or here.