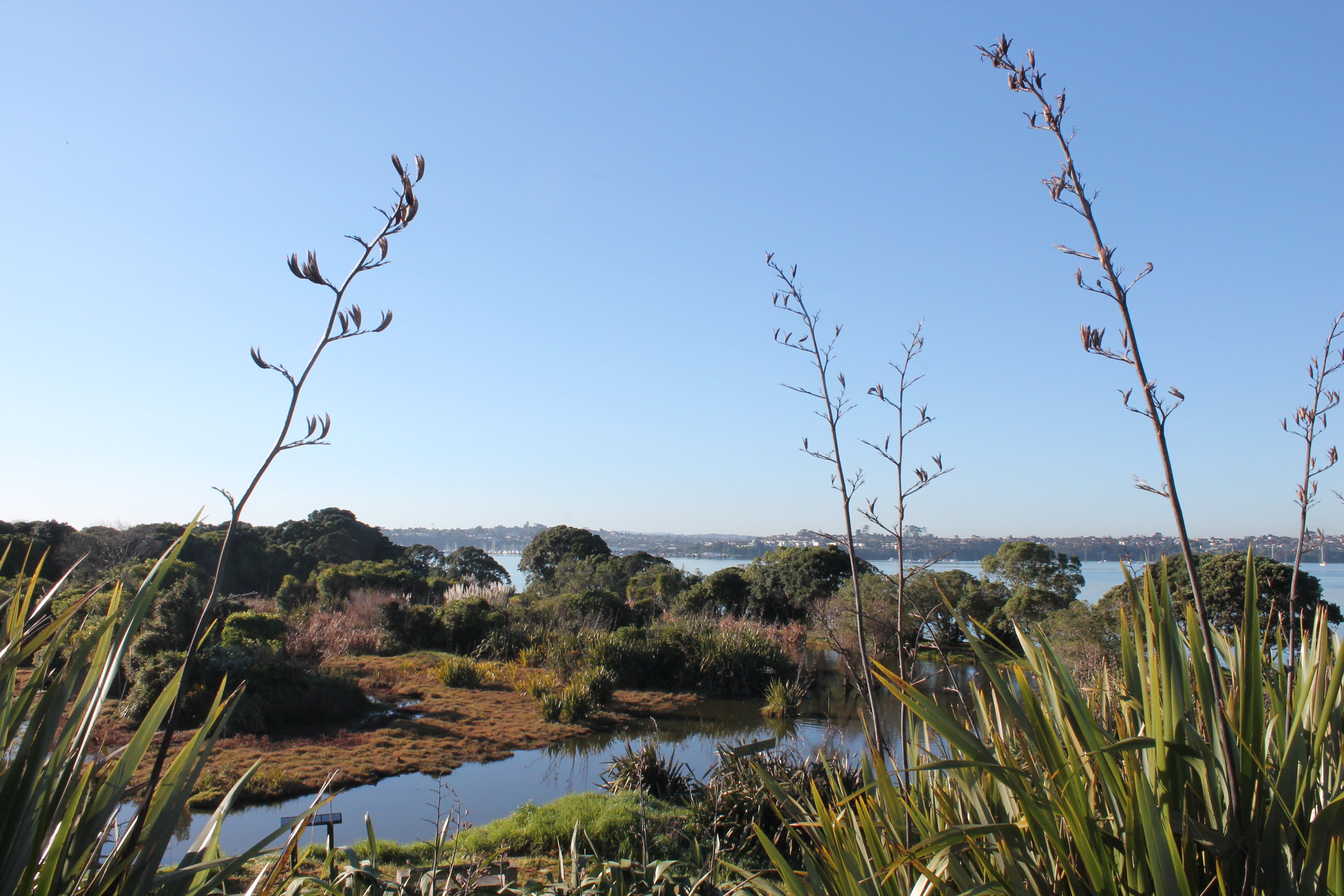 Well, what crazy times we continue to be in, including the Auckland lockdown continuing until at least Sunday evening. The last few weeks have been very difficult for many people, not at least our business owners who have been forced to close down once again. My mind particularly turns to our café and restaurant owners. In talking to many people in recent days, it is clear they are doing it tough. My thanks, however, to everyone who has ‘supported local’ and I encourage you to continue doing so.

Excuse my lack of newsletters in recent weeks. Things keep changing rapidly but I have also found myself incredibly busy dealing with literally hundreds of local constituent enquiries. Each lock down generates many problems for individuals, families, schools, business owners – you name it – and so stepping in to assist as best I can becomes important. As you will appreciate, it can also be quite time-consuming. I have also missed not being out and about as much in person as I would like and I am conscious a number of visits and meetings have had to be postponed, but I look forward to reconnecting with you all over the coming weeks.

It was great to have Paul Goldsmith MP in the electorate just before the lockdown. A full house to discuss economic policy.

I am often asked about my thoughts on the recent lockdown. Put simply, this latest lockdown appears to be the result of a border failure and now we are paying the cost. I see some commentators saying this latest failing was a ‘minor’ breach to which I would reply that borrowing $1.3 billion dollars a week, loss of jobs, and putting the entire Auckland economy on hold is not ‘minor’. I wrote an op-ed a while back talking about the need for a proportionate response – one that balances physical health, economic health, relational health, and mental health. My view has not changed and I am worried by the level of angst and stress these lockdowns are causing people.

More recently, I have written another op-ed around the rather large gap between what the government told us they were doing and what was actually occurring. We are being told New Zealand’s response has been ‘gold standard’, ‘exceptional’, and that we ‘went hard and went early.’ However, these need to be challenged as they are not necessarily true. If they are not challenged, we will continue to reinforce our failures and consequently see more lockdowns, more economic carnage, and more families kept apart, to name a few. It is a short and easy read and can be found here if you are interested.

My thanks to the Orakei community who turned out in large numbers to discuss the proposed Housing New Zealand/Kainga Ora development on Brenton Place. I returned from parliament early to attend this meeting and to update locals on what I have been doing, including asking Housing New Zealand to publicly notify the plans. They are a public agency and the public have a right to speak.

I was disappointed that Housing New Zealand did not turn up to answer locals’ questions, but my thanks go to the Orakei Community Association, the Orakei Local Board, and St Joseph’s School community for their efforts and our local RSA for hosting. I am continuing to pursue this matter, writing to both the Chief Executive of Kainga Ora and the Minister of Housing and pushing for full notification so that the community can have its say. Read my letter to CEO of Kainga Ora Andrew McKenzie below: 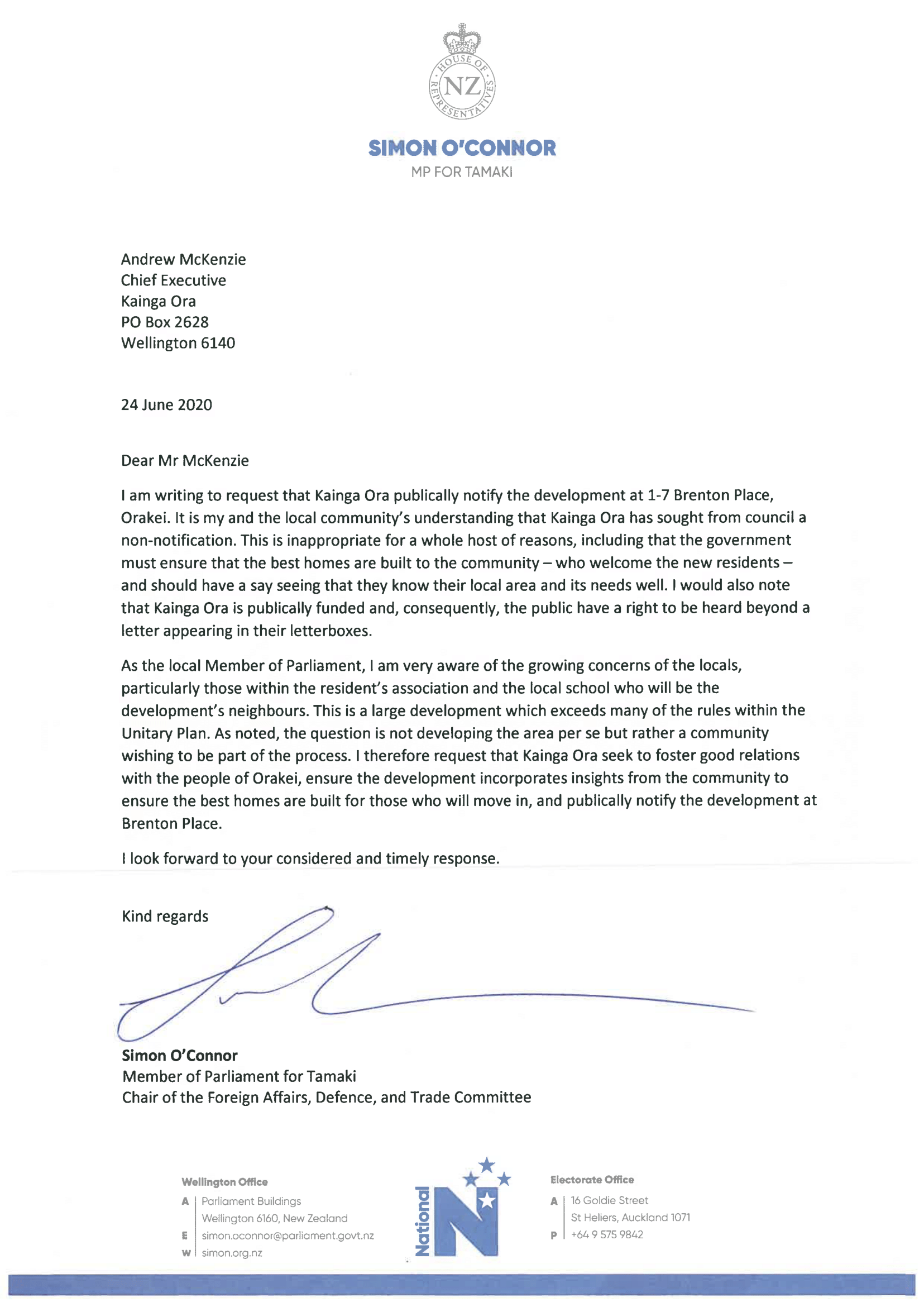 I am also very aware of the spate of recent vandalism of our parks (most recently, the clubrooms at Glover Park) as well as break-ins across the community. I keep in close contact with our police and local board on such matters. I encourage locals to report all of these – if an emergency, then on 111 and if not as urgent, then via the police’s 105 non-emergency number. Amongst other things, it provides police with a comprehensive picture of what is happening and will consequently enable them to allocate more resources to the matter.

For those following the progress of the Glen Innes to Tamaki Drive shared pathway, work has continued even during the lockdown. This is a project I personally follow closely after having found the initial funds to get the pathway underway in cooperation with our Local Councillor, Desley Simpson. Granted, it has taken a few more years than expected to get these latter stages done, but it will be a great community asset once complete.

It was a real pleasure to join the cadets of TS Achilles just before lockdown. TS Achilles is a navy cadet programme based in Okahu Bay. Joining the Chief of Navy and others, it was a chance to oversee the change of command and also congratulate the cadets on being awarded the Royal New Zealand Naval Association Trophy as well as award the winner of the National Sea Cadet Unit Efficiency Award. A very enjoyable night and great to see the talent of our young people on display. 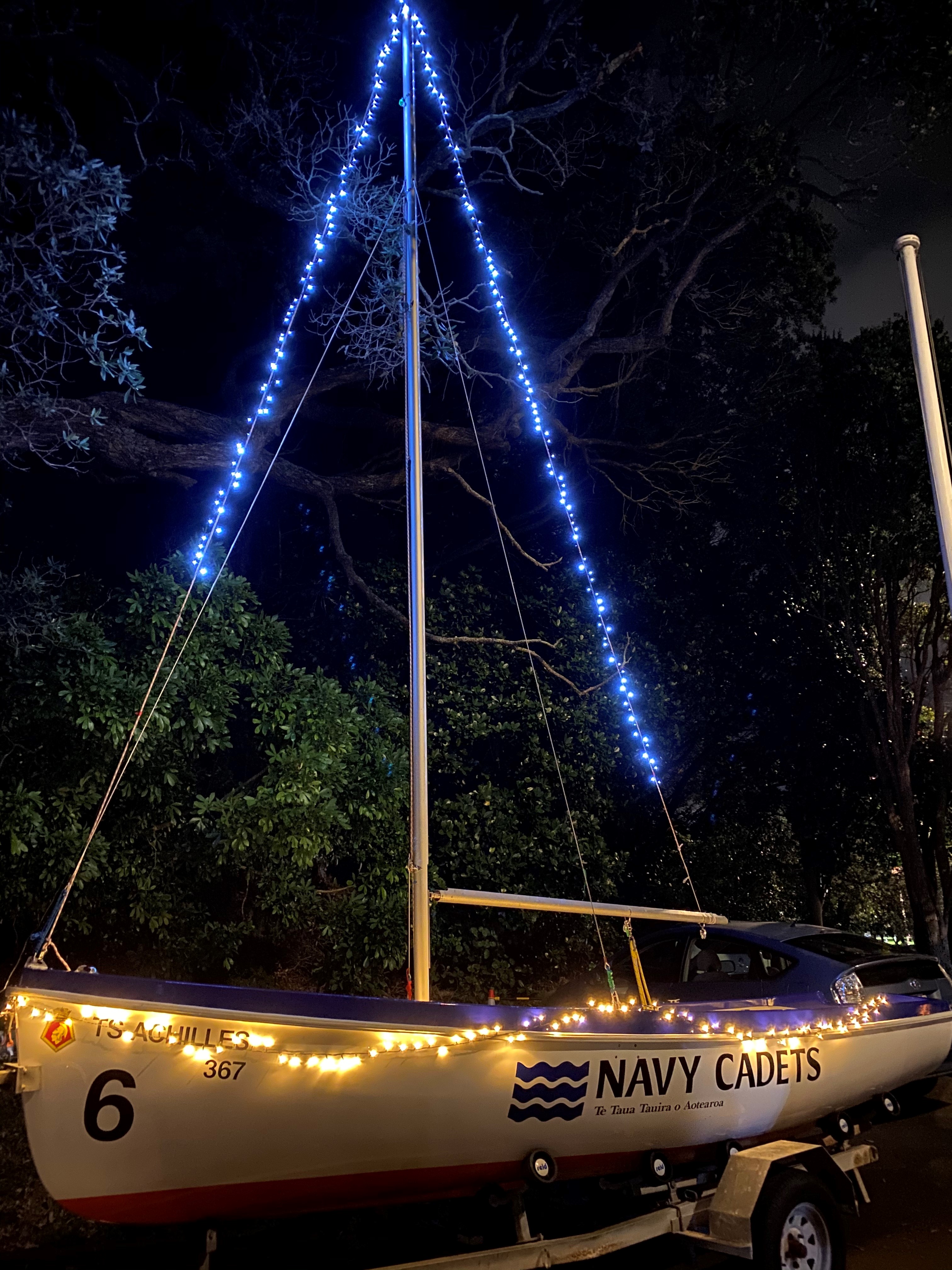 At the TS Achilles Award Ceremony.

Finally, my thanks to the thousands who have so far responded to my survey. It is my intention to reply to each individually and I am working my way through the responses. Many of you will have already heard back from me, but there are still a few hundred to go.

You will have seen that the election date has been postponed to October 17; the cannabis and euthanasia referenda will also be delayed to the same date. Advanced voting will begin two weeks beforehand, from Saturday 3 October. Closer to time, I will have more information as to where our polling booths are.

The parliament was meant to close (or as we formally call it, adjourn) a few weeks ago. As with other MPs, I had left Wellington and returned to the electorate for what I thought was a month of full-on campaigning in and around the community. With the recent lockdown, my team and I have found ourselves ‘confined to quarters’ and the parliament resumed for another two weeks. The latter dynamic is quite important as it has enabled Judith Collins and the National Party to ask some tough questions of the government during Question Time, particularly around why the public was misled around testing in the community and at the border. Personally, I have not found the answers from the government or the Ministry of Health particularly helpful – more spin than substance. 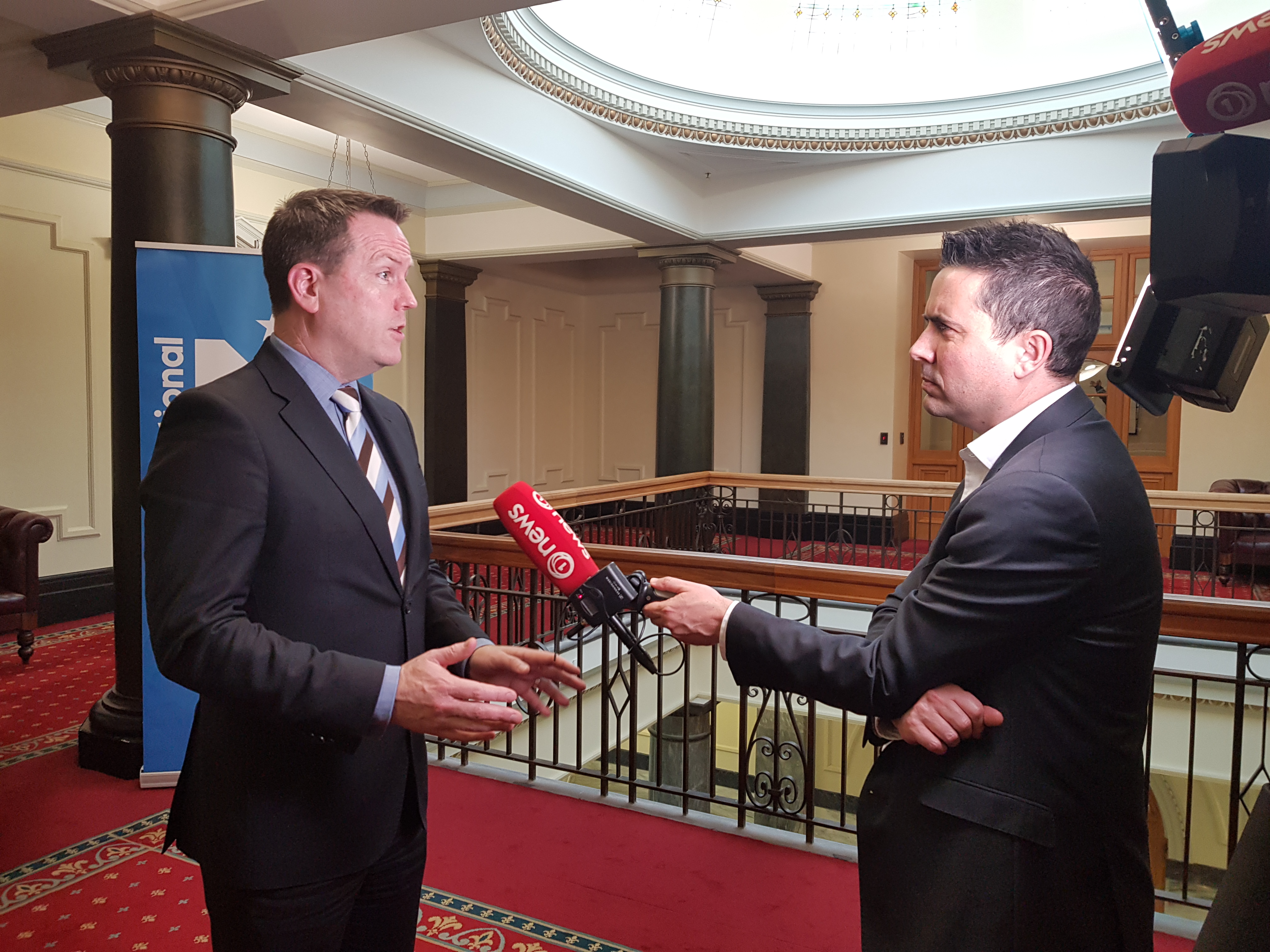 Talking to TV One News about the social housing waiting list, now at 18,500 families and growing.

The Inter-Parliamentary Alliance on China

Some of you may be aware that I have recently joined IPAC, the Inter-Parliamentary Alliance on China, a cross-party group of legislators and politicians from around the world working to reform how democratic countries approach China. Particularly through my work as Chair of the Foreign Affairs, Defence, and Trade committee, I have been increasingly concerned at how the Chinese Communist Party is acting and believe, as do my counterparts overseas, that democracies like ours need to be standing up to its increasingly aggressive behaviours. I have been particularly vocal about the situation in Hong Kong and persecution of the Uighurs, and have urged our government to confirm that there will be no extraditions made to Hong Kong under the draconian security law imposed by the Chinese Communist Party. I am pleased to report that these calls have been heard and no extraditions will be happening. China remains an important trading partner, but we must also remain strong and sovereign and speak up for the values we believe in, including the importance of democracy and non-interference.

I was pleased to return to Waiouru Military Camp just before the lockdown. It was a chance to meet the officers and soldiers there, to take an NH-90 helicopter flight over the training area, and to visit some soldiers in the field and observe their work and capabilities. Our defence forces do a great job, so it was good to visit and also thank them for their service. 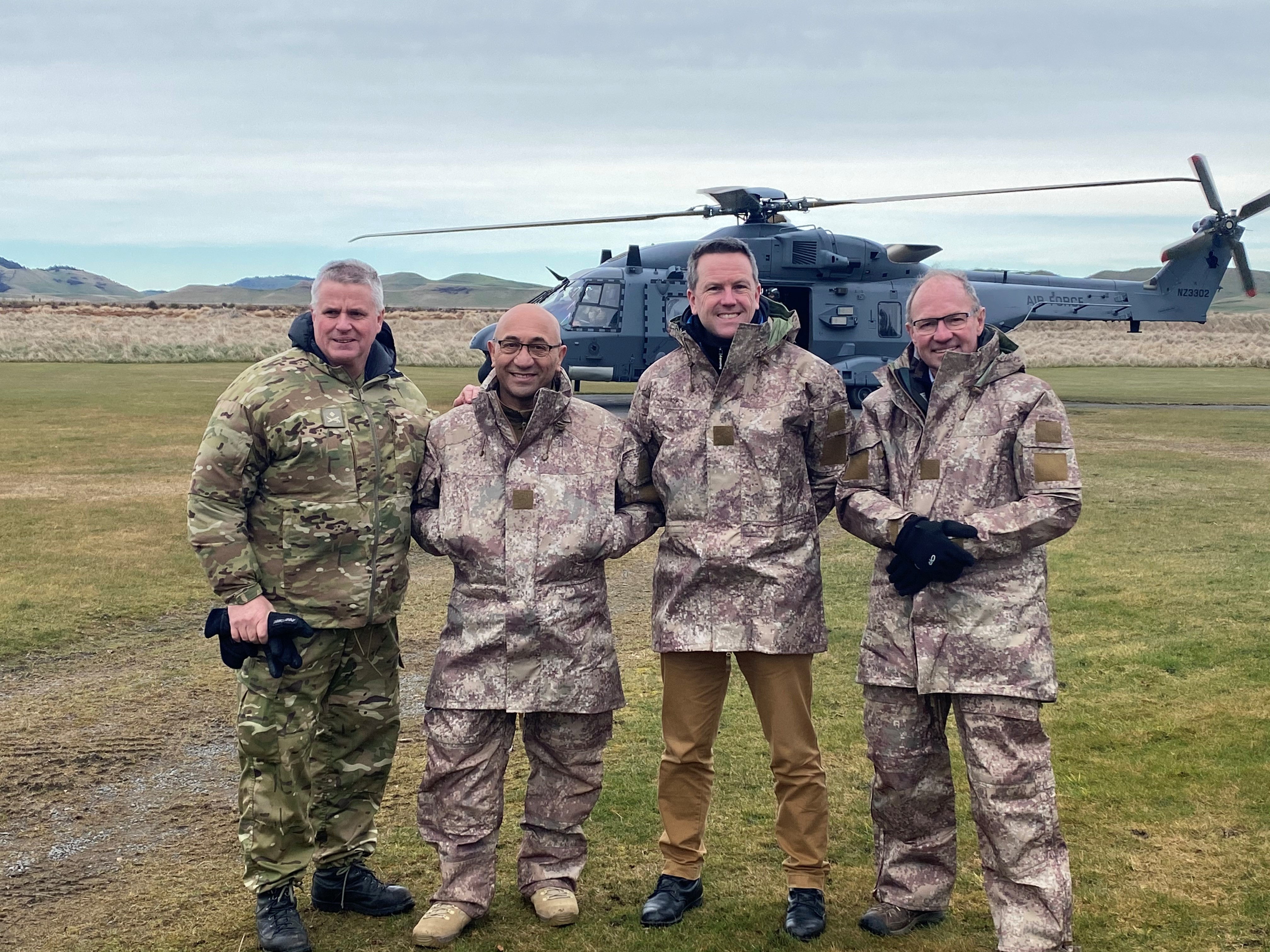 I remain very much available to assist with any matters or concerns you have, including helping with the wage subsidy, immigration, or just listening to your feedback on what is happening. If we move into Level 2 next week, my office will be allowed to re-open, but know you can also contact me and the team on the phone via 09 5759842 or email at [email protected]