Once again, I was pleased to attend the annual “Science Roadshow”, this time at Meadowbank School.  As always, the Roadshow was a professional, enjoyable, and educational event.  It is composed of live shows, hands-on exhibits, and teacher resources that serve to illustrate not just the principles kids need to know, but also just how rewarding a field science can be.  I was also happy to meet the new principal Phil Toomer and to welcome him into the Tamaki electorate. 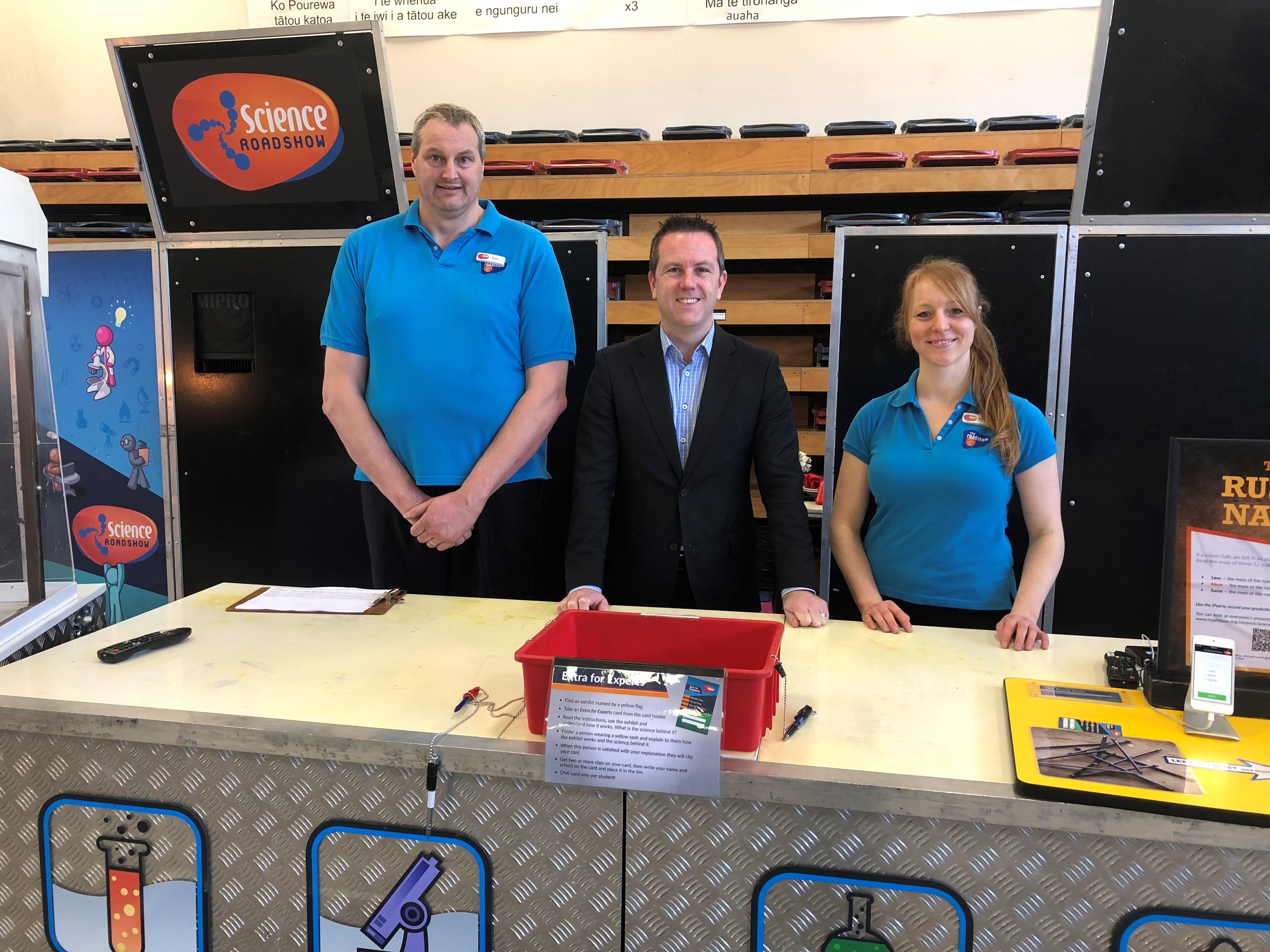 I was also thrilled to meet the three young men behind the company Cloudmass earlier this week.  Matthew, Sean, and Adam are students at Glendowie College and are finalists in the Young Enterprise Trust EY Entrepreneur of The Year competition.  Their startup company has developed a device that transmits the location of dementia sufferers to their families in the event that they get lost.  Every year, police resources are spent, and families experience great anxiety, when dementia patient leave their residences and get lost.  This is a great use of technology and will provide dementia patients with improved quality of life. If you’re interested in speaking with representatives of Cloudmass, they can be contacted at: http://cloudmass.kiwi 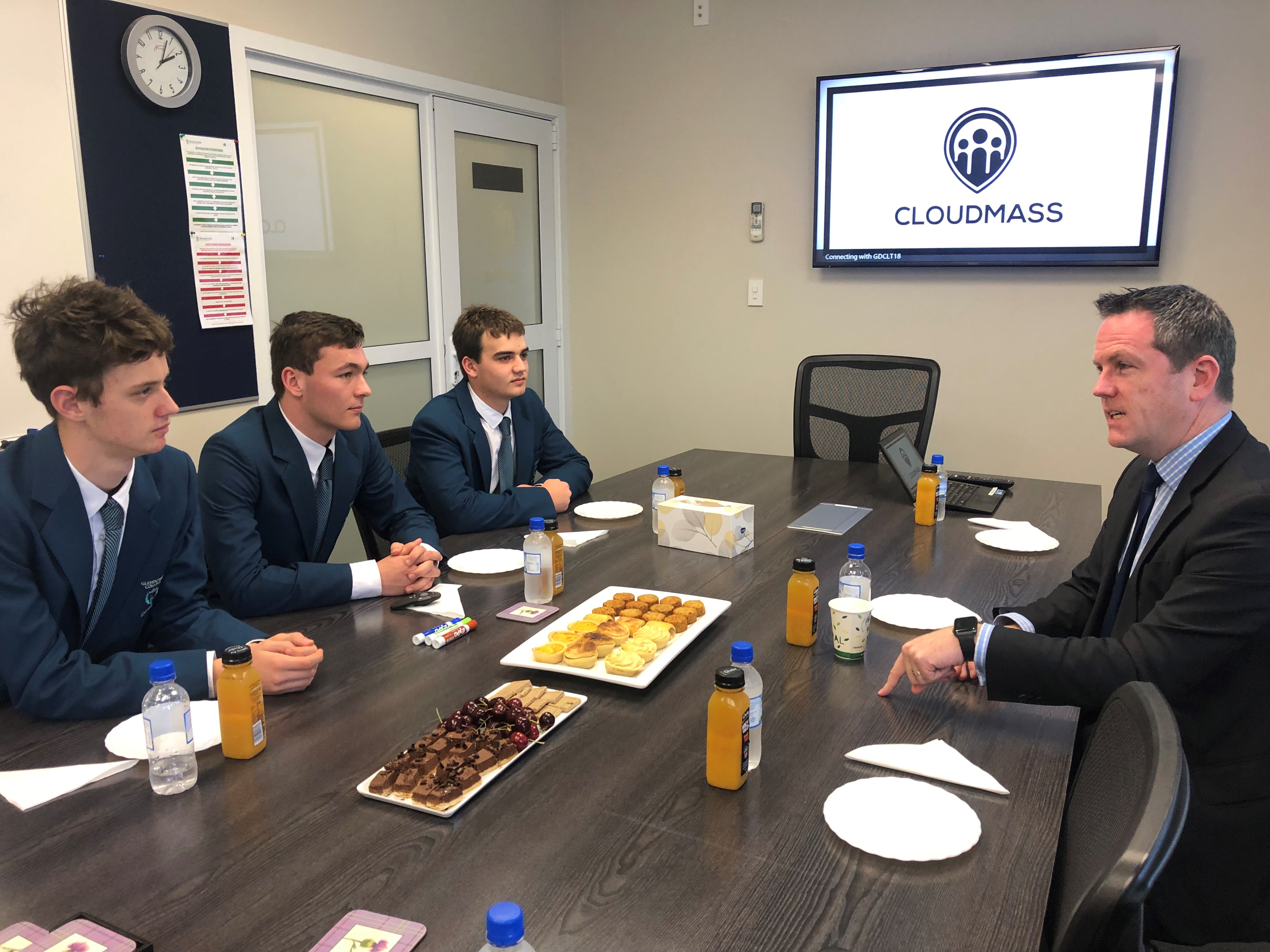 The council is looking at making some changes at Waiatarua Reserve.  This has always been a popular spot within the electorate including for those of us wanting to take the dog for a walk.  You can get a full overview here  and if you want to have a say on the issue, please do so before 12 August.

It was great to catch up with my colleague Todd Muller MP and welcome him back to Tamaki to chat climate change, chairing Foreign Affairs (Todd was a past chair), and constituent concerns of mutual interest.  As I write, he has just become our primary sector spokesperson after the announcement that Nathan Guy MP will be retiring from politics next election.

The Tamaki Electorate team and I did some phone calling of members a few evenings ago. I enjoyed catching up with them and hearing their thoughts on the state of New Zealand.  If you’d be interested in helping out the executive now and then, please contact me directly.  We’d love to have you on board.

Congratulations to Boris Johnson on being selected as the leader of the UK Conservative Party and consequently, the newest Prime Minister of the United Kingdom.  I met Boris a few years ago at a Conservative Party conference.  I know that many people think he looks a little unkempt and behaves in a slightly goofy manner.  However, beneath that exterior is a very intelligent man.  He attended Eton College and Oxford University and backs this up with a lot of down-to-earth, common sense.  I think many people underestimate him, something I believe he cultivates on purpose. 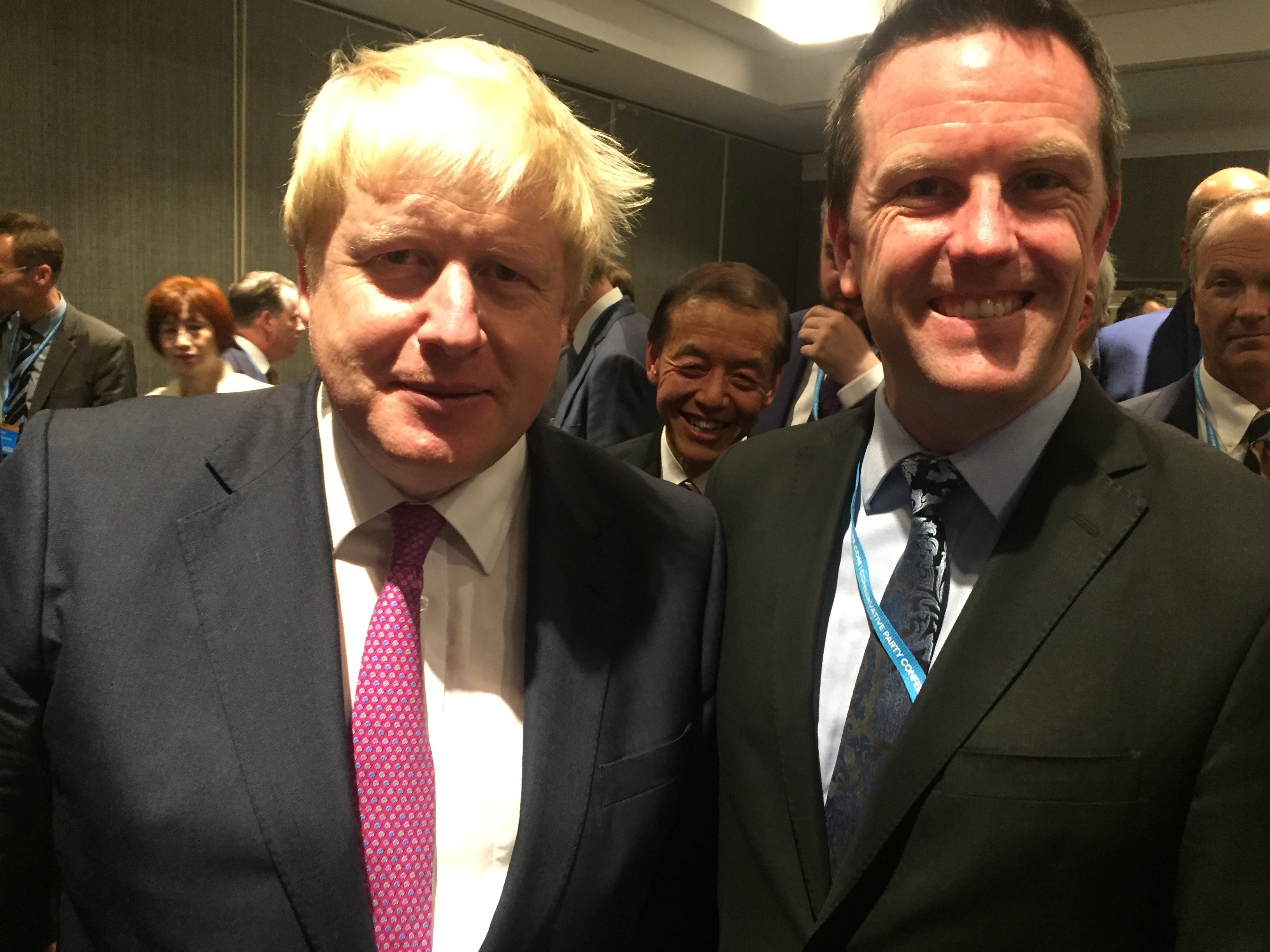 Whatever concerns people may have about him, Boris’ appreciation for the Commonwealth (and New Zealand) is good news for this country.  I hope, under his premiership, we can see an expanded partnership between Britain and New Zealand that will be beneficial to both countries.  He is even on record as supporting the idea of a common travel area between Australia, Canada, New Zealand, and the UK.  It’s a long way from happening at the moment, but such an arrangement would be hugely beneficial to all of these countries.  Skepticism is healthy, especially when it comes to the unknown, but in Boris Johnson, I think there is room to be optimistic too.

National had its annual conference last weekend in Christchurch and it was great to catch up with Party members from across the country.  There were numerous panels and forums on interesting subjects as the party prepares for next year’s election.  I congratulate Alastair Bell and Andrew Hunt on their re-election to the Board and would like to congratulate Stefan Sunde on becoming the newest (and youngest) member.

Simon Bridges delivered an excellent speech at the end of the conference addressing a new policy to campaign on.  The next National Government will fund an independent Cancer Agency and set up a $200 million fund dedicated to cancer drugs.  This is an extraordinary promise to all New Zealanders.  Every one of us will be affected by cancer in our lifetime, either personally or through a loved one.

The previous National Government boosted annual investment in PHARMAC by $220m over nine years. That meant around 820,000 New Zealanders benefited from extra investment in new PHARMAC funded medicines. The current Labour Government hasn’t even invested enough to keep up with population growth or inflation! 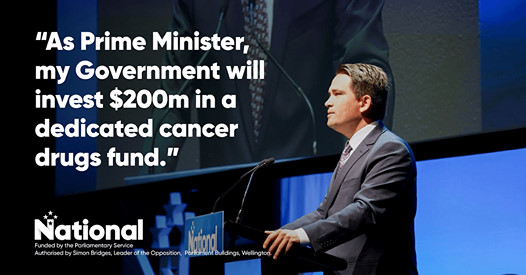 This is the kind of policy that makes me very proud to be a member of the National Party.  We are focused on helping people in concrete ways that will actually work, not ideological economic dogma from the last century.  I think New Zealanders will see the difference at the next election campaign and will vote to get the country moving again.

And speaking of backward economic dogma… I’ve been watching, with growing concern, the negative effects the housing situation is having on our most vulnerable citizens.  This government is continuing to fail kiwis, especially the most in need of help.

Figures for the June 2019 quarter show the number of Emergency Housing Special Needs grants has almost doubled since the new government took over, with more than 14,000 more grants given out over the past three months.  This represents 14,000 more Kiwis struggling to get by than were needing help at the same time last year.

The total cost of these grants has increased by almost 230 percent compared to last year. In the June 2018 quarter, just over $10 million was spent on Kiwis in need, compared to more than $34 million in the most recent quarter. That’s an increase of more than $24 million.

Finally, these latest figures show the average cost of each grant has gone up $300 in just one year due to higher rents which have been driven up by more regulation and tax changes.

The cost of living has dramatically increased under this Government and a growing number of New Zealanders are struggling to put a roof over their heads.  Labour’s policies have not only failed to fix the situation, they’ve actively made it worse!

I was interviewed on Radio New Zealand recently as the Foreign Affairs, Defence and Trade Committee, which has opened an inquiry into Pacific aid.  We will be looking at the effectiveness of different aid models, like the Pacific Reset and PACER Plus, and also see how other nations deliver aid successfully. You can listen here and if you’d like to make a submission to the inquiry, which I encourage you to do, you can do so here. 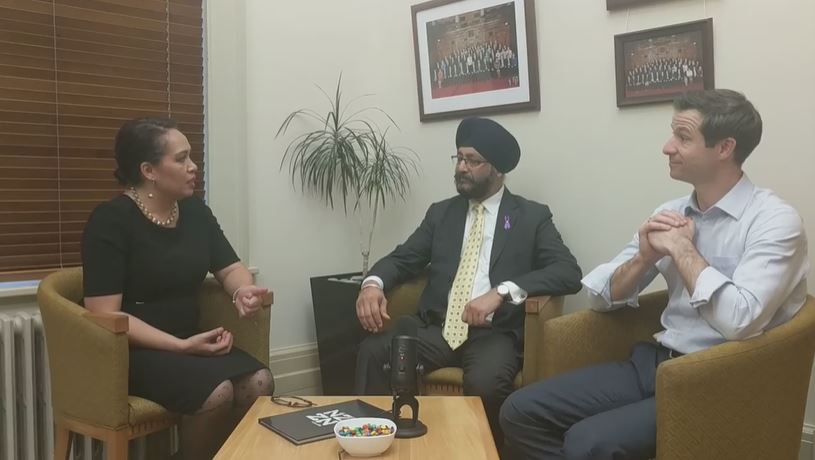 The latest ‘Around the Table’ is out on social media—and you can watch it here! Join my colleagues Agnes Loheni, Kanwaljit Singh Bakshi MP, and Chris Penk, as they discuss the recently proposed changes to Parliament, including more MPs and a longer term. Discussions like these are exactly what I hoped would happen when I started up this forum… even if we don't all agree on each topic!