Over recent months, I have visited well over twenty of my retailers who have been the victims of ram raids, break-ins, and burglaries.  They are dairies, superettes, liquor stores, cafes, bars, and restaurants and all owned by hard working kiwis trying to do their best by family and their community.  In writing this, I should add that I haven’t been able to get to all affected businesses despite my best intentions – put simply, with the frequency and volume of these crimes, it would be impossible.  That in itself says something about the levels of crime developing not only in my electorate of Tamaki but also across Auckland. 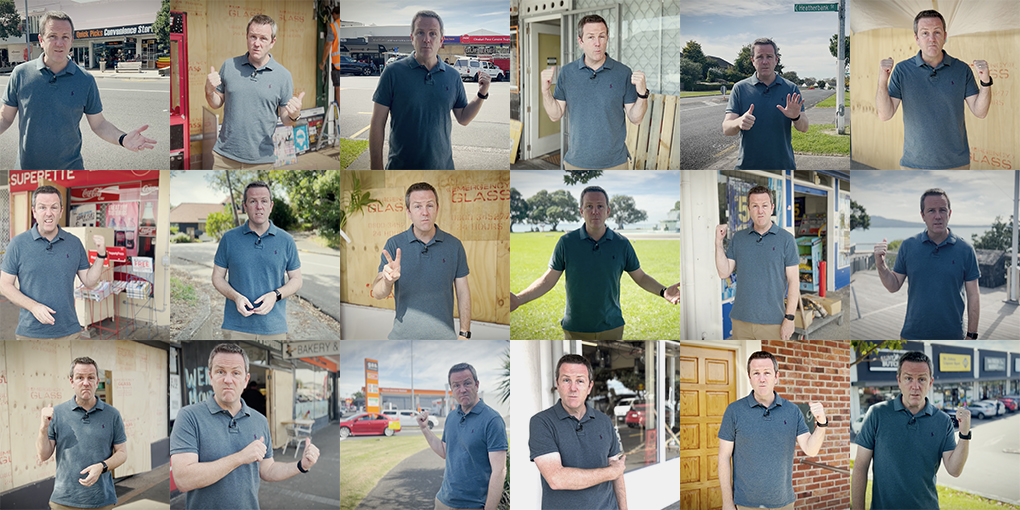 I spent the day visiting businesses and local sites recently affected by crime. The sad fact was – there were so many that I literally couldn't get to them all in a single day.

I have one diary owner who has been targeted four times in recent months.  I have another who now parks a car in front of the shop at night, with the steering wheel removed, to prevent ram raids.  I have another whose window has been unbroken for 32 years until a few weeks back when youths attempted to break in.  In another instance, tens of thousands worth of damage to simply steal a few lollies, chips, and cola.  These are just a few stories and while I feel upset and angry as their local MP, you can well imagine what they are feeling!  Every business owner is already doing it tough due to the government rules and restrictions and the cost of crime is pushing some to the very brink. 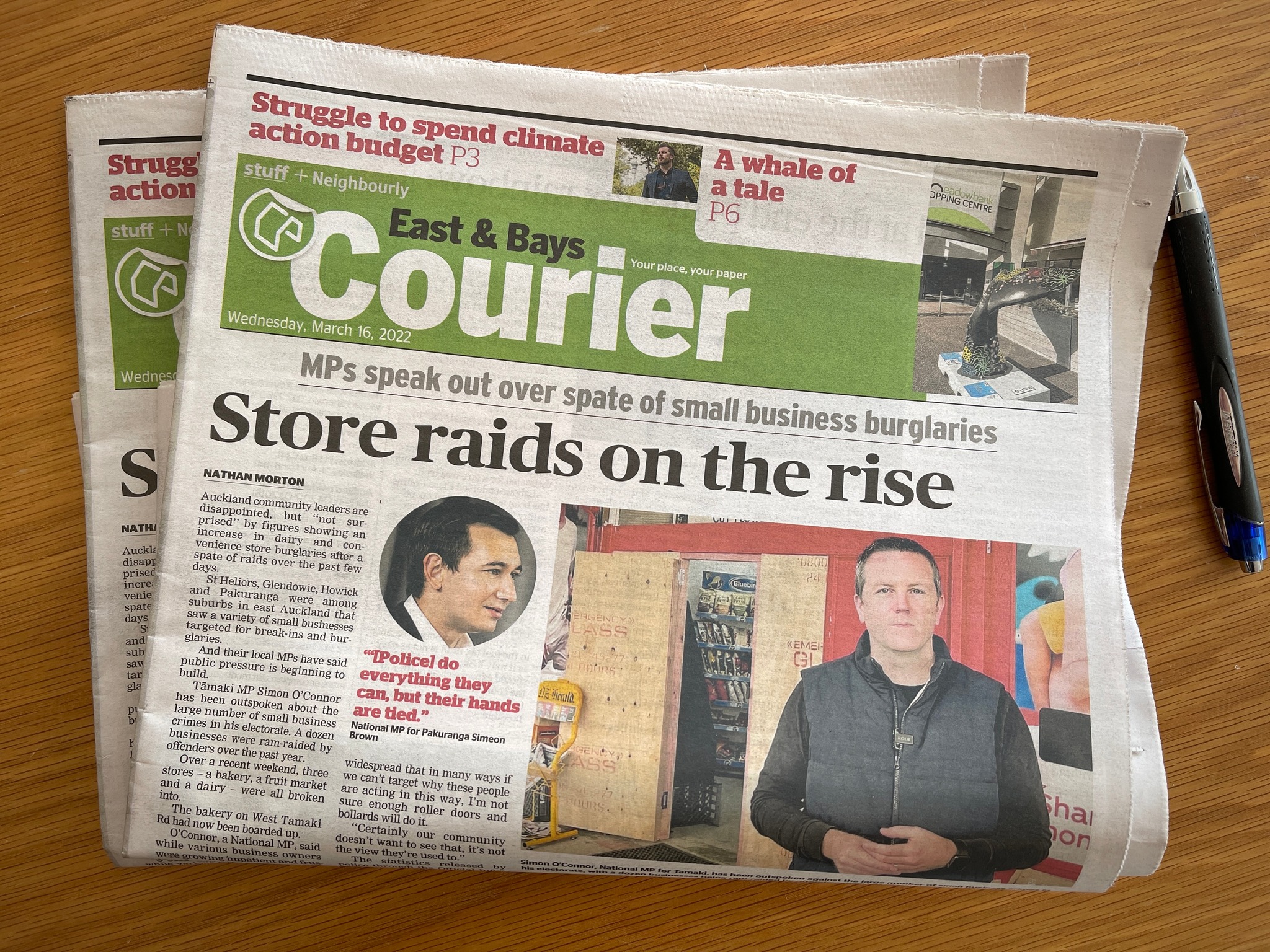 As you drive around the electorate, what stands out are the number of stores with plywood fronts – a sign not only of crime but also a supply issue for glass.  The situation is awful and my community is upset, angry, and worried.  The crimes above sit alongside wider issues of public safety.  The anti-social behaviour and noise in Mission Bay most nights for example; parcels being stolen from doorsteps; car thefts; assaults; not to mention the shooting of six people in Glen Innes recently.

It is difficult therefore to sit in parliament, or watch the news, and hear government Ministers tell us that everything is fine; gang tensions are not increasing; and that they have things under control.  They do not.  Our local police are doing a great job and I thank them for that.  But I believe they need more support to do their job – to pursue those committing the crimes; to harass the gangs and others engaged in anti-social and intimidating behaviours; and to have the necessary capacity to investigate and prosecute the myriad of crime occurring.

We must also address, as a parliament and community, the number of youth involved in the crimes above.  Young people under 17 are the predominant perpetrators, and yet these young people know full well they must simply be taken home when police catch them.  We need to find ways to create real consequences for those involved - including their families - but also, and more importantly, meaningful pathways to guide these young people away from crime and gangs.  They have much to offer if we can only get them on the right path, and not the path of driving cars through shop windows!

Finally, I was saddened that so many of the affected business owners I was talking to were accepting that the recent increase in crime was now “just part of doing business”.   With all that is going on for them, I can completely appreciate why they say this, but I do wonder how New Zealand got to this stage?  How is it that crime, anti-social behaviour, gang tensions and all the rest have become accepted or at the very least greeted with resignation?   I believe we can do better and must do better – for my business owners and community, for our police and other justice officials, and also those young people who need a better alternative to a life of crime.

Join me for a public meeting on crime and safety. I will be hosting this alongside our local police and council representatives. At this meeting we as a community can come together to share our concerns, and importantly, to discuss the pragmatic steps forward.
When: 7.00pm on Monday 9 May
Where: Sacred Heart College, 250 West Tamaki Road Glendowie
Please note public gatherings are still required to follow government limits on capacity indoors.